EU referendum: one year on – politics of agriculture 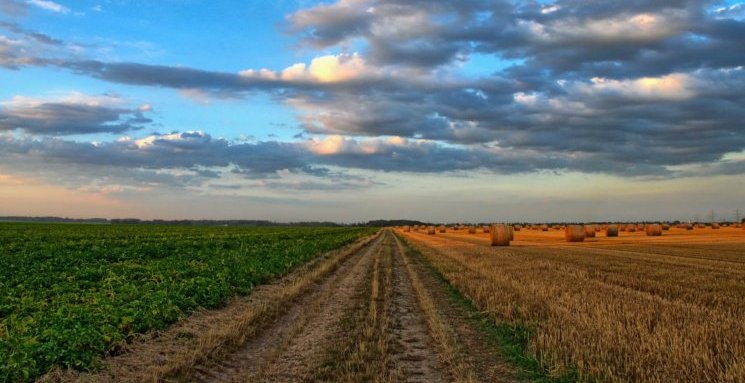 The referendum campaigns made much of the UK’s payments to the EU and of how much the UK Government could save if we left. There was,however, very little debate on the EU spending on agriculture, other than claims that we could, after a Brexit vote, achieve the same ends much more efficiently, and with substantially less regulation. EU spending on the Common Agricultural Policy (CAP) peaked in the mid-1980s at 73% of the total EU spend, declining to about 40% today. This followed major reforms of the policy to substantially reduce tariff protection and distortion of international markets.

These reforms were fully supported by UK governments, which have been highly critical of the CAP since we joined the European Economic Community in 1973. The current annual payments to farmers (totalling £2.5bn per year to the UK) are the remnants of the protectionist CAP.

A further £0.8bn per year is spent in the UK under the CAP for environmental conservation and rural development schemes. These payments (£3.3bn per year) form the major part (90%) of the financial benefit to the UK of EU membership, offset by the UK’s contribution to the rest of EU spending (which has also been subject to the controversial UK rebate from the EU).

While there have been reports that the majority of farmers favoured Brexit, we have found no compelling evidence of this. On the one hand, it is clear that CAP payments are currently a major part of the incomes earned from farming, leading to government commitments to maintain these payments. The Conservative manifesto pledges to continue these payments to the end of the next parliament (2022).

On the other hand, many in the industry believe that these payments are distorting land values and rents (and possibly other capital and input costs as well), thus making it more difficult for farmers to enter the industry and expand their businesses. Meanwhile, the increasing tendency to make the farm payments conditional on “greening” measures (e.g. the three-crop rule which requires farmers with more than 30 hectares of arable land to grow at least three crops) and the increase in red tape in general irritates some farmers, who feel that a British agricultural policy would be preferable.

The depreciation of sterling since the referendum has helped our agricultural exporters and may have boosted farm prices, encouraging some farmers to believe that they can survive Brexit. Equally, however, a weaker pound has made imports more expensive and increased costs across the supply chain.

In contrast, many environmental groups are concerned that the loss of European support for environmental conservation endangers our countryside (see environment section). They are calling for political commitments to preserve and enhance incentives that provide public goods, such as the maintenance of traditional landscapes, wildlife habitats for both plants and animals, and high-quality water, air and soil. UK consumer groups have not, so far, articulated any concerns about rising food prices or the potential threats to food quality and standards from freer trade with the rest of the world. The political bargaining between these interest groups has yet to begin, since no one is at all clear about what the future might bring.

There will clearly be major political debates about the need for continued taxpayer support for farmers and the role of the Government in protecting our environment and ensuring the safety and quality of our food supplies (including the regulation of inputs such as hormone treatment of beef and genetically modified crops).

There are also concerns about:
i) Immigration: Parts of the agricultural and food sectors (especially horticulture, livestock processing and retailing) are heavily dependent on migrant labour from the EU.
ii) Trading relations: The sector is already nervous about the extent to which agricultural trade will be sacrificed to obtain preferential trade agreements with non-EU countries. Many of these countries may regard access to the UK food market as a valuable benefit to offset increased UK access to their industrial and services markets. The uncertainty that surrounds the terms of negotiations with the EU have made farmers and rural communities very anxious. They fear that the end of subsidies could have a devastating impact on their livelihoods and on the industry as a whole. In the short term, farmers may experience a reduction in farm incomes, but there are those who maintain that the effects of Brexit on agricultural output and farmers’ incomes may not be as severe as expected, at least in the medium and long run. What will happen after 2022, however, is not at all clear.

There are major questions to be answered:
• Should farm subsidies continue?
• Should farmers be supported on the basis of the public goods they provide beyond food – their input to landscape management, biodiversity, soil and water quality, and carbon storage?
• If so, should that be via public subsidy, private investment or both?
• Finally, what kind of agricultural governance is needed?

While there is little doubt that UK agriculture will survive and could even prosper without CAP support, the transition may be painful and will affect all farmers and related businesses in rural Britain.