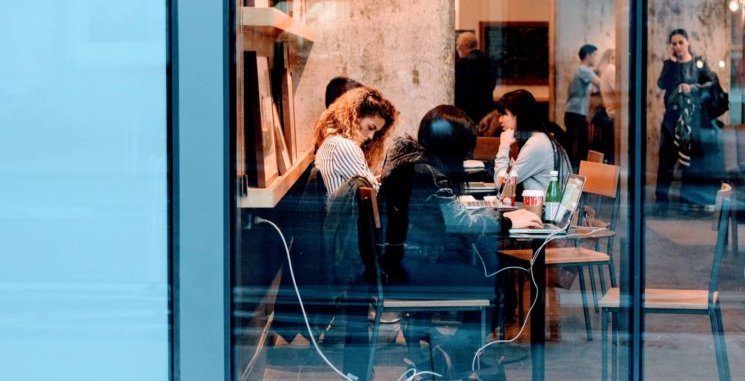 This was supposed to be the Brexit election. In her Downing Street statement on 18 April announcing her intention to seek the dissolution of parliament, Theresa May spoke of little else. She suggested that, without an early election, her opponents would have both the will and the ability to disrupt her efforts to negotiate the best possible Brexit deal. The vote, she hoped, would deliver a secure majority for her favoured Brexit plan.

In the end, however, Brexit did not dominate. It was mentioned on average 580 times a day in the main UK-wide newspapers in the week following May’s statement. But that fell below 500 for the following two weeks, then below 400 for the four and a half weeks between then and polling day, dipping to just 155 mentions a day in the sixth week of the campaign, immediately following the Manchester bombing.

When the BBC’s Andrew Neil interviewed the prime minister on 22 April, his questions turned to Brexit only in the last few minutes. Interviewing Jeremy Corbyn four days later, Neil asked nothing directly about Brexit itself, although he did enquire towards the end about immigration. The other main television debates and interviews gave Brexit more attention, but still it did not dominate.

There were at least three reasons for this. One, as suggested, was the unforeseen and tragic eruption of terror into the campaign caused by the attacks in Manchester and London. This inevitably shifted the agenda towards the terrorist threat. It raised deep questions about both Theresa May’s record on police funding and Jeremy Corbyn’s record of opposition to counter-terrorism legislation and seeming friendship with certain terrorist organisations.

A second reason was the spectacular misfiring of the Conservative campaign. Conservative strategists intended to focus on one core message: that Theresa May, not Jeremy Corbyn, was the person to provide the “strong and stable leadership” needed for successful Brexit. But the Conservative manifesto introduced controversial policies – most notably on social care – that  distracted attention away from that core message. The prime minister’s forced U-turn on social care undermined the credibility of the message. Veteran election watcher Sir David Butler tweeted that “In the 20 general election campaigns I’ve followed, I can’t remember a U-turn on this scale”.

A third reason – and perhaps the most fundamental – was that neither Conservative nor Labour strategists ever wanted a debate about Brexit as such. The Conservatives, capitalising on May’s huge early poll lead over Corbyn, wanted a debate about who could best negotiate Brexit, not the details of the deal that should be sought. Indeed, they wanted to avoid tying themselves to specific negotiating objectives. Labour, meanwhile, sought to shift the agenda away from Brexit – on which their compromise position risked pleasing no one – towards domestic policies that were popular with voters.

The result of all this was that an election called to clarify the Brexit position in fact did very little to advance public understanding or discussion of the Brexit options. As the Director of The UK in a Changing Europe, Anand Menon, put it, the main party manifestos “dance[d] daintily round the tricky issues” of Brexit.

Subsequent campaign debates did little to expose, let alone fill, the gaps. There was little explicit thinking about how to trade off a general public desire for lower immigration against the preference for maintaining trade with the EU (see the section on public attitudes). There was little debate about whether the advantages of being able to negotiate trade deals with non-EU countries outweigh the disadvantages of leaving the Customs Union.

The Conservatives brandished the idea that “no deal is better than a bad deal” as a totem, but little attention was given to what “no deal” implies. Labour said free movement would end, but also said they wanted the option of membership of the Single Market to remain open, implying free movement might continue.

The weakness of debate around Brexit is longstanding. During last year’s referendum campaign, both sides peddled misinformation.
Most criticism has, understandably, focused on the inaccuracies of the victors, such as the infamous £350 million claim and the statements about Turkey’s future EU membership. But the losers were at it too: that the Treasury machine was used to promote highly misleading claims about both the short- and the long-term economic impacts of Brexit should be a matter of major concern.

The question of how public debate over complex policy issues such as Brexit could be improved is important. In the wake of the referendum, 50 MPs signed a motion calling for the creation of a body that would check the truthfulness of claims made during campaigns and fine those who flouted its rulings. That, however, is unlikely to achieve much: it is easy to mislead without directly lying. It also raises questions about free speech, while failing to address the problem that important matters are often simply given little careful attention.

Another approach seeks to create fora in which members of the public can learn about and discuss the issues in depth. One version of this is a citizens’ assembly: a gathering of randomly selected citizens who reflect the diversity of the population at large. They meet to learn about, deliberate upon, and deliver recommendations relating to the issues on their agenda. As part of The UK in the Changing Europe, I am leading a team that will run a Citizens’ Assembly on Brexit in the autumn. Its recommendations will be published in a report and put to parliament.

A better quality public discussion now would strengthen the Brexit process. It would encourage politicians to focus on real, hard choices rather than sloganeering. It could ready public opinion for the kind of deal we are likely to get, rather than the deal we might dream of. It would help negotiators understand the kind of trade-offs that are most likely to engender public support. Without this, a debate driven by rhetoric risks cornering our leaders into accepting an outcome that harms us all.

By Alan Renwick research leader for The UK in a Changing Europe.