EU referendum: one year on – the member states 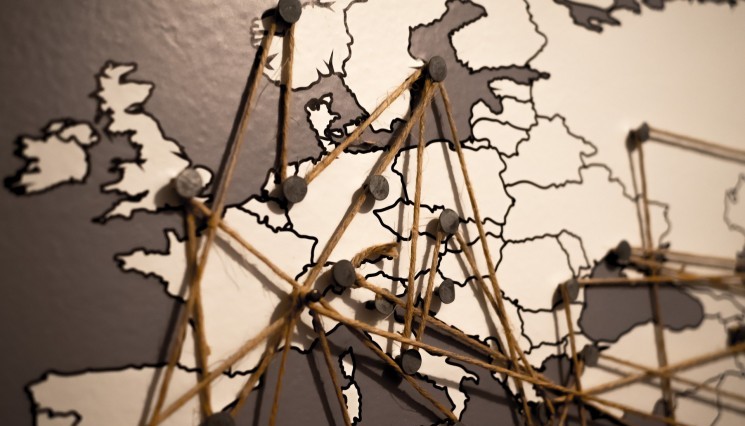 Despite the UK’s well-earned reputation as an “awkward partner”, none of the member states wanted to see it leave the EU. They have been perennially puzzled by the UK’s domestic debate about “Europe”, especially given London’s success in getting its way in successive treaty negotiations, as well as in day-to-day policy making. More recently, they have been frustrated by the UK’s lack of solidarity over the eurozone and migration crises.

Still, the member states recognised the value of the UK’s membership and the assets it brought as a major European economy, with strong security and defence capabilities, a seat on the UN Security Council, and global trading links. They also admired the professionalism with which the UK argued its case in Brussels, as well as the pragmatic approach it brought to the table.

Moreover, for some member states, the UK was an important ally. It is firmly rooted in the liberal economic camp alongside Denmark, Finland, Germany, the Netherlands, Sweden, and the Baltic states. It was respected by the countries of Central and Eastern Europe for championing enlargement, as well as for deciding not to restrict migration upon their accession to the EU in 2004. For France, the UK has been a counterweight to Germany; for Germany, it has played the same role in relation to France. The UK’s relationship with Ireland is especially intimate. As well as a common border, the two countries share close historical, cultural and economic ties.

For these reasons, member governments responded positively, if warily, to Prime Minister David Cameron’s demand in 2015 for a new bargain for Britain, even if the UK took time to specify what it wanted. Yet, although they were willing to do a deal to keep the UK inside the EU, they were not prepared to compromise the EU’s fundamental principles, especially the freedom of movement of workers.

The results of the EU referendum were greeted with disappointment across the national capitals of the EU. “We regret this decision but respect it”, said President Tusk, President Juncker, President Schulz and the Netherlands Prime Minister Rutte in their joint statement the day after the referendum. At the same time, agitated by the UK’s repeated claim that “they depend more on us than we do on them”, national leaders have cautioned that, although Brexit will hurt the EU, the UK will suffer even greater harm.

The EU27 were quick to adopt a common position. As well as calling on the UK Government to notify the European Council of its intention to withdraw from the EU as quickly as possible, the leaders of the EU27 underlined their commitment to the EU and agreed three principles for the conduct of the Brexit negotiations:
• that negotiations should not begin with the UK until after London had triggered Article 50;
• that the UK would need to accept obligations, notably concerning EU citizens resident in the UK, as well as rights vis-à-vis the EU;
• that the UK could not expect access to Europe’s Single Market unless it accepted the four freedoms of movement of goods, capital, services and workers.

Subsequently, the EU27 have maintained their collective position. Although prepared to commit themselves to a constructive bilateral relationship in the post-Brexit era, they have refused to enter any discussionsthat might pre-empt the Article 50 negotiations, particularly regarding future trade relations. At the same time, they have emphasised that, while the aim is not to punish the UK, the negotiations will be hard, and the UK cannot expect to retain the advantages conferred by EU membership.

Any hope in other EU capitals that the UK would change its mind about Brexit quickly receded. Indeed, the tone of UK rhetoric – notably in the speeches made by Theresa May and Home Secretary Amber Rudd at the 2016 Conservative Party conference, which appeared to threaten the rights of EU citizens in the UK, Michael Howard’s comments about going to war to defend Gibraltar, as well as Foreign Secretary Boris Johnson’s repeated references to World War II and the Nazi regime, to cite but a few – provoked dismay and bewilderment among the UK’s partners.

Moreover, alarm about London’s expectations (“having our cake and eating it”), its threat to walk away from negotiations (“no deal is better than a bad deal”), and the unwillingness of the prime minister to outline the UK’s objectives, has led to voluble criticism that is unusual among allies. Most notably, in the wake of European Commission President Juncker’s infamous dinner at Number 10, Chancellor Merkel warned the UK about harbouring “illusions” about the outcome it would achieve from the negotiations. In addition, Ireland, which will be more affected than any member state by Brexit, fears its concerns have not been taken seriously in London, and has sought to ensure that its circumstances are understood in other EU capitals.

Since June 2016, the sentiment in the capitals of the EU27 has moved from disappointment and disbelief to impatience. While there is still regret about the outcome of the referendum, as well as a hope that the UK will one day return, member governments are irritated about the length of time it took London first to trigger Article 50 and then to commence negotiations. The UK’s partners have also been unimpressed by UK diplomacy since 23 June 2016.

On the eve of negotiations, the UK’s objectives remain largely unknown. There is concern that London entertains unrealistic expectations, and anxiety that the UK will stage a walk out. To make matters worse, a snap election that was called to deliver a stronger personal mandate for the prime minister has delivered a hung parliament, introducing still further uncertainty and diminishing the prospects of a conclusion of business within the two years foreseen by Article 50.

Having committed themselves to a future within the EU, the UK’s EU partners have held firm,resisting all attempts by London to “divide and conquer”. From the Netherlands Prime Minister Mark Rutte to French President Emmanuel Macron, Europe’s leaders have underlined that, while they are disappointed at the UK’s decision, they respect it. However, they also warn that the forthcoming negotiations will be tough.

By Hussein Kassim, professor of politics at University of East Anglia. This piece was taken from our EU referendum: one year on report which you can read in full here.