EU referendum: one year on – the role of parliament 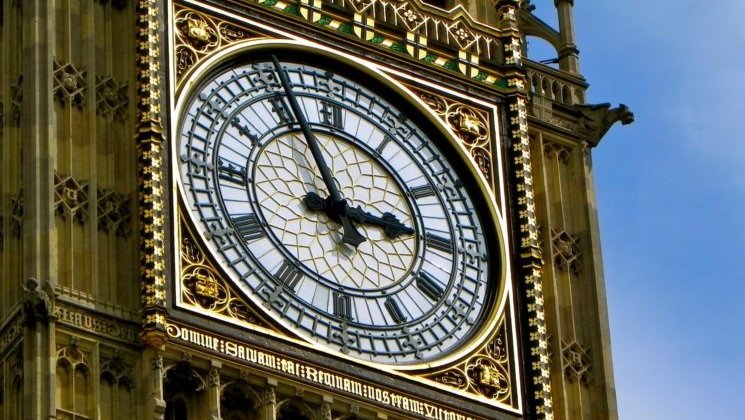 In the year since the EU referendum, the key question that has preoccupied Parliament is how to legislate to give effect to the decision of the British people to leave the EU. The practical question of how Brexit would be delivered, and in what time scale, was not fully discussed during the referendum campaign.

Since the referendum, both the Government and Parliament have focussed on how to leave the EU within the two-year timetable prescribed by the Article 50 process, while simultaneously formulating a strategy to address the immediate legal consequences for the UK of leaving the EU. To address this latter point, the Government has proposed laying before Parliament the Great Repeal Bill, which will convert, on the day of withdrawal, all existing EU law into UK law.

To further complicate matters (not least by shortening the parliamentary time available to debate Brexit) the prime minister called a snap general election for 8 June 2017. The aim of the Government in calling this election was to strengthen its majority and, arguably, provide it with a stronger mandate during the Article 50 negotiations.

Parliament since the referendum

The process by which Article 50 was formally triggered on 29 March 2017 provides a good illustration of the parliamentary challenges the Government faces in delivering Brexit, even if it had retained an overall parliamentary majority. The judgment of the Supreme Court in January 2017 confirmed that Parliament, not the Government, had the sole power to trigger Article 50, thereby laying down an important marker that Parliament cannot be bypassed during the course of the Brexit negotiations. One consequence of the Supreme Court judgment is that it has created an expectation that Parliament will be engaged in the Brexit process, which, in practice, means exercising effective scrutiny over the Government during the Brexit process.

This engagement will only increase with a hung parliament, with the opposition likely to identify opportunities to amend or even defeat the Government on Brexit issues where there may be cross-party support.

Despite the Government making a commitment before the election that both Houses of Parliament will vote on any final Brexit deal, it is not totally clear what this will mean in practice, though the hung Parliament should place limits on the Government’s scope to bypass Parliament. Specifically, there remains uncertainty as to whether Parliament will be able to reject the final outcome – whether a deal or no deal.

Furthermore, before the election the prime minister consistently stated her unwillingness to provide a “running commentary” to Parliament on the progress of the negotiations. Following the election of a minority government, it may be argued that Parliament is in a better position to exert influence over the Government during the Brexit negotiations both in terms of scrutiny and with respect to the substance of the negotiations.

The absence of a parliamentary majority is likely to make it difficult for the Government to conduct negotiations without
reference to MPs, especially by not offering a “meaningful vote” on the outcome of the negotiations which, with a minority government, it remains possible that Parliament could reject.

The parliamentary challenge of delivering Brexit – democracy versus efficiency

Delivering Brexit within the timescale prescribed by Article 50 will place immense pressure upon Parliament. Effective management of parliamentary time will be an important tactic that is likely to be employed by the Government, not least as a way of limiting debate and scrutiny. It is therefore crucial that Parliament uses the opportunity of a hung Parliament to provide a strong counter balance to the requirement of meeting the Article 50 deadline of 29 March 2019 by insisting that democratic accountability and scrutiny, whether in the chamber or via select committees, is not compromised.

Given the legislative and political challenges of delivering Brexit, it is essential that Parliament and the Government avoid conflict as far possible and cooperate in order that the objectives of Brexit and parliamentary democracy are fully reconciled.

In terms of parliamentary activity, this will, first and foremost, require improved cooperation between Government and the opposition to ensure that parliamentary scrutiny is focussed on key legislative proposals. Post-election, the Government should present,
without delay, its legislative proposals, especially where new and potentially complex UK legislation will be required before Brexit – for example with respect to immigration or customs rules – which cannot be adopted via the Great Repeal Bill. To ensure that this legislation is enacted within the necessary timeframe, and to avoid the uncertainty of the so-called “cliff-edge”, sufficient
parliamentary time for scrutiny of all new legislation must be built into the Government’s legislative programme.

Ultimately, the success of Brexit will be judged not by the outcome of the referendum, but on the basis of how Parliament gives effect to the referendum decision. In particular, this means whether UK citizens believe, in the years to come, that their expectations for Brexit have been delivered by the Parliament they elected to fulfil this task.

By Adam Cygan, Research Leader at The UK in a Changing Europe.