EU referendum: one year on – the UK economy 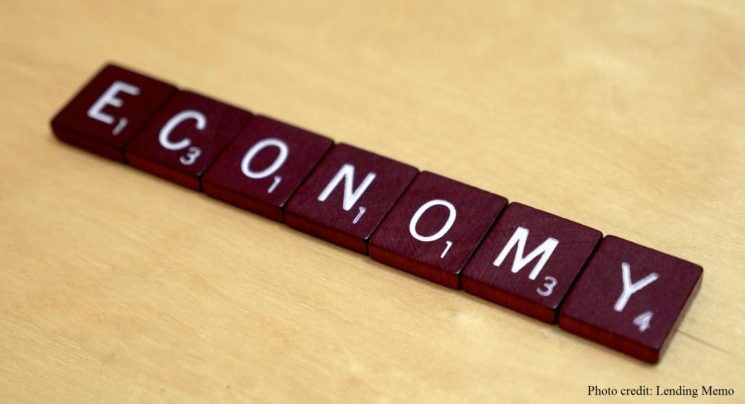 The Remain campaign made the economic consequences of Brexit the central element of their case. In this, they were supported by the apparatus of government, the key international economic institutions, and the vast majority of academic economists. Most forecasters predicted that a Brexit vote would lead, in the short term, to a sharp fall in the exchange rate; turbulence in financial markets; and, over the subsequent few months, to a significant slowdown in growth (with the Treasury predicting a mild recession).

Credible analyses of the long-term economic impact of Brexit foresaw a significant hit to Gross Domestic Product (GDP), although with considerable uncertainty over the precise magnitude of this impact. While some elements of this campaign may well have backfired – in particular, George Osborne’s “punishment budget”, widely regarded as political posturing rather than credible economics – most polls suggested that voters expected Brexit to damage the UK economy.

What’s happened since the referendum?

In the short run, however, any damage was minimal. The pound did fall sharply, but stabilised and has recovered somewhat in the last few months. The Bank of England cut interest rates in August and announced further quantitative easing; this appears to have supported markets and business confidence. Financial markets, in the UK as globally, have been buoyant to the point where many fear they are overvalued.

Most importantly, growth and employment held up well. Indeed, the main strengths (a remarkably resilient labour market, strong consumer spending and steady growth in the services sector) and weaknesses (weak private and public investment, poor productivity growth and a very large current account deficit) of the UK economy remained largely as they were before the referendum.

However, the poor record of short-term forecasts concerning the impact of the Brexit vote tell us almost nothing about longer-term predictions. Here, the indications – albeit tentative at this point – are both gloomier and more consistent with the economic consensus.

As expected, some financial sector jobs and investment are being relocated elsewhere in the EU. So far this is a trickle, but it seems likely to accelerate as the negotiations progress with little or no prospect of any early deal on continued market access. Companies that rely on pan-European supply chains are making contingency plans to deal with border controls and/or trade barriers; the UK stands to be the main loser in any resulting restructurings because of the relative size of the two markets.

And labour migration – particularly of highly skilled workers – appears to have slowed. None of these spell imminent disaster, but all will damage the UK’s long-term growth prospects, very much as predicted before the referendum. Meanwhile, Brexit has precipitated significant changes in the orientation of domestic economic policy, with less emphasis on fiscal restraint or deregulation than in the Osborne-Cameron era; indeed, the May government is arguably the least “liberal” in economic orientation for four decades.

Finally, the notion that Brexit will lead to an overall reduction in “red tape” now seems increasingly absurd. Rather, increased bureaucracy and government intervention appear likely. Even on an optimistic reading, business faces the prospect of being forced to implement new immigration controls on EU workers, new workers’ rights, and cope with customs checks at borders.

In the short term, the economy appears to be gradually slowing. Growth fell to 0.2% in the first quarter of 2017 (down from 0.7% in the fourth quarter of 2015) and recent indicators of consumer and business confidence have been weak. However, employment remains at historically high levels and there is little evidence yet of a dramatic reversal. Unemployment may rise, although not rapidly. Once again, this is the central view; there are as always risks to both the upside and downside – with the latter perhaps rather larger. The inconclusive result of the election adds a further element of uncertainty in the short term.

But what will be crucial over the next year is the interaction between the economics of Brexit and the politics of the negotiations. Under one scenario, the negotiations progress well, with a relatively early agreement on the broad terms of withdrawal, a constructive approach on both sides towards the longer-term relationship, and, crucially, an extended “implementation” phase after Brexit in which little or nothing changes with respect to the UK’s economic relationship with the EU27. This would maintain confidence and give firms time to adjust; any negative impacts would be spread over a longer period and, at the same time, the UK could begin to pursue deeper economic relationships with non-EU countries.

This scenario would also help give the UK Government political space to make the necessary compromises needed to secure a successful outcome. However, if negotiations stall, or worse, break down entirely while the Article 50 clock keeps ticking, the risk is that there is a rapid erosion in business and consumer confidence as fears of a “cliff-edge” or, still worse, a “chaotic” Brexit grow.

At its worst, this could spiral, with a succession of announcements of business relocations in a variety of sectors. This would also spill over into financial markets, with a further fall in the pound. Politically, there would again be feedback loops, this time negative, given the Government’s domestic political weakness. From an economic perspective, the last year may well prove to have been the calm before the storm.