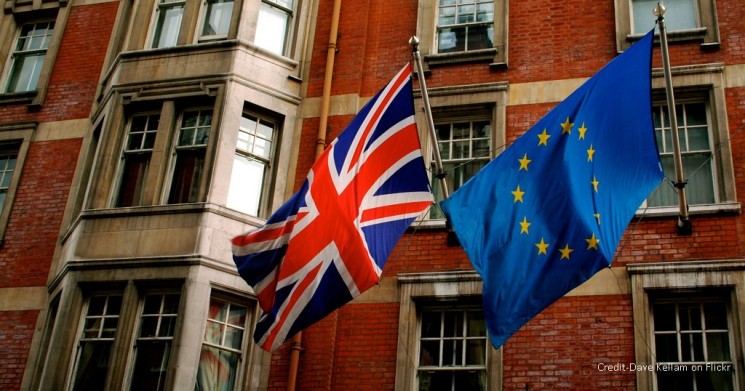 A new report, published today by NatCen Social Research, reveals that there are significant social differences between those voters who want the UK to remain in the European Union, and those who wish it to leave.

Younger people are markedly more likely than older people to want to remain in the EU. At the same time university graduates mostly want to remain, while those without educational qualifications are inclined to want to leave.

The report also shows that, while UKIP supporters are almost universally in favour of leaving the EU, both Conservative and Labour voters are split over the issue.

The analysis, which uses data from NatCen’s British Social Attitudes survey (BSA), the British Election Study (BES) and a series of recent polls, has been released on the occasion of the launch of a new website  –  ‘What UK Thinks: Europe’ – that provides a comprehensive collection of polling data and commentary on attitudes towards Europe. Led by Professor John Curtice, the project is being funded by the Economic and Social Research Council’s ‘The UK in a Changing Europe’ initiative.

To leave, or not to leave – social divisions

Conservative and Labour supporters are divided on the issue. Across four recent opinion polls (ICM, Survation, YouGov, ComRes) 42% of Conservatives stated they would like to leave, while exactly the same proportion said that they would like to remain. And although a majority of Labour supporters (58%) are inclined to vote to remain, a substantial minority (27%) would prefer to leave.

In contrast UKIP voters are overwhelmingly in favour of leaving the EU; as many as 84% say they will vote to leave. Liberal Democrat supporters are also relatively united in their views, though in their case this is because as many as 68% are in favour of remaining.

“The British public is seriously divided over Europe. The referendum is not only going to be a debate about the UK’s future relationship with the EU, but also seems set to expose a significant social division between those who feel they are likely to be winners in an international jobs market and those who do not. The outcome will thus tell us a lot about what kind of country we would prefer to be.

However, the result will also turn on the ability and willingness of both David Cameron and Jeremy Corbyn to persuade their currently divided supporters to back one side or the other. Much may rest in particular on whether Mr Cameron achieves his apparent ambition to persuade Eurosceptically inclined Conservative voters that he has brought back a deal that are worth backing after all.”

The ‘What UK Thinks: Europe’ website’, which is being launched today, can be accessed at whatukthinks.org/eu. It provides a comprehensive collection of polling and survey data on attitudes in the UK towards Europe, data on what the rest of Europe thinks about the EU, and impartial commentary and analysis on the evidence of the polls.

NatCen Social Research is an independent, not for profit organisation. We believe that social research has the power to make life better. By really understanding the complexity of people’s lives and what they think about the issues that affect them, we give the public a powerful and influential role in shaping decisions and services that can make a difference to everyone.

The UK in a Changing Europe – UKandEU.ac.uk – promotes independent, rigorous, high-quality academic research into the complex and ever changing relationship between the UK and the European Union. We provide an authoritative, non-partisan and impartial reference point for those looking for information, insights and analysis on UK-EU relations.

The Economic and Social Research Council (ESRC) is the UK’s largest funder of research on the social and economic questions facing us today. It supports the development and training of the UK’s future social scientists and also funds major studies that provide the infrastructure for research. ESRC-funded research informs policymakers and practitioners and helps make businesses, voluntary bodies and other organisations more effective. The ESRC also works collaboratively with six other UK research councils and Innovate UK to fund cross-disciplinary research and innovation addressing major societal challenges. The ESRC is an independent organisation, established by Royal Charter in 1965, and funded mainly by the Government. In 2015 it celebrates its 50th anniversary.