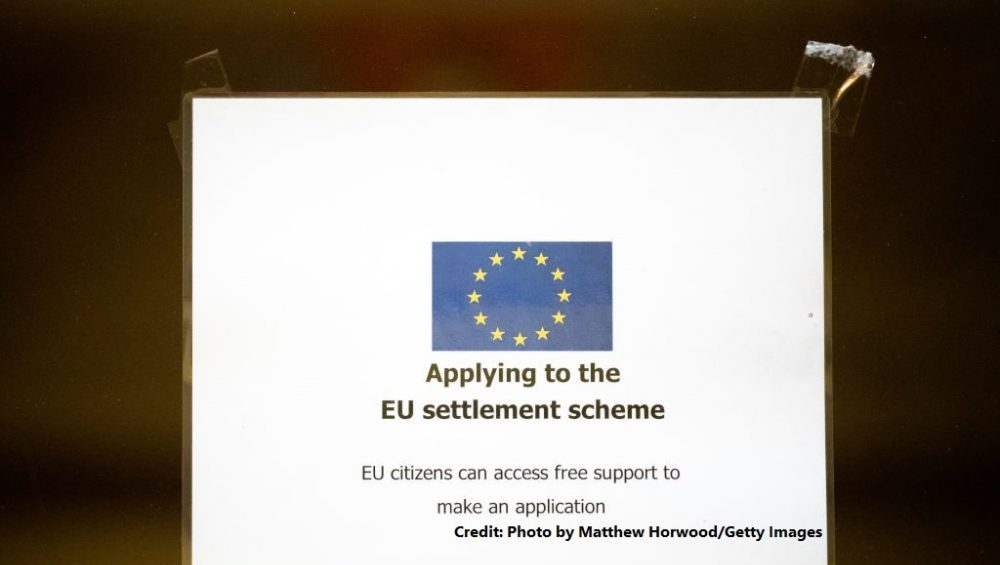 To date, there have been 5.2 million applications to the EU Settlement Scheme: 53% have received decisions granting EU settled status (SS) and 44% EU pre-settled status (PSS).

What do we know about the applications so far? Figure 1 shows the EUSS applications by nationality (for the period March 2019 to December 2020) relative to the ONS figures for the estimated non-British population of the UK (July 2019 – June 2020).

While the ONS data are estimated and potentially less accurate for newer migrant populations, the numbers do allow some context in which to place the live EU Settlement Scheme data.

They show how much higher movement from the EU to the UK was compared to what had been than previously thought, with some countries having more than double their estimated population figures in the UK.

What this tells us is that despite 5.2 million applications to date, we simply do not know how many EU nationals need to make an application to the EU Settlement Scheme before the deadline.

We also now know that some local authorities have up to six times as many EU citizens resident in their area than previously thought: almost one in five Londoners are EU nationals, for example. 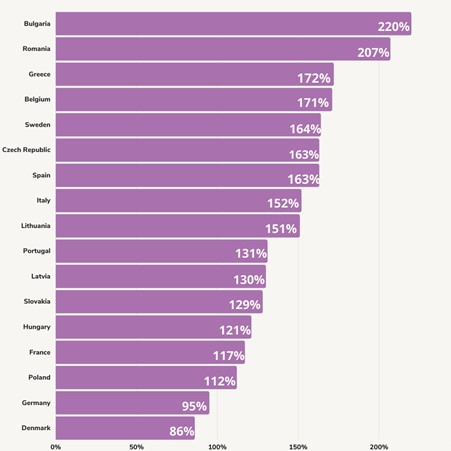 In terms of nationality, Poland, Romania, Italy, and Portugal (in that order), have the largest number of applications to the scheme. Most applicants are aged between 18 and 65 (83%), and then 15% aged under 18 and 2% aged 65+.

This data, although high level, has been useful to identify the much lower than expected rates of application from those under 18 and over 65, and has allowed some targeted work to be done to encourage EU Settlement Scheme applications from these groups.

The age group data are also produced as local authority level. For example, while only two per cent of EU Settlement Scheme applications have been from those over 65, data from the local charities we work with, GYROS and ACCESS in Norfolk and Suffolk, suggests an older migrant population.

The data from these frontline organisations show seven to ten per cent of their clients are aged over 65. This is reflected in the EU Settlement Scheme data for the East of England which shows a three per cent application rate for those aged 65+, slightly higher than the national picture.

In terms of nationality, nationals from Malta (11%) and Denmark (8%) have submitted the highest percentage of applications of those aged over 65 (relative to their own application numbers). Ireland (21%), the Netherlands (20%) and Belgium (20%) have within their applications the largest levels of applications by children and young people.

The EU Settlement Scheme divides EU nationals (and their non-EU family members) into those with settled status, pre settled status, no status (after 30 June) and then those pending decisions on their status. As it stands, these groups have different rights and differential access to services and public funds.

For example, the 2.5 million EU nationals who now have settled status enjoy an automatic ‘right to reside’ for the purposes of benefits.

By contrast, those with only pre-settled status must also show a ‘right to reside’ to be able to claim benefits. Not only does this distinction have an impact on those with only PSS but it also affects local authorities, housing options advisers and DWP workers in their day-to-day work, who have to deal with those with only PSS.

For some PSS holders this lack of a safety net (pending an appeal hearing) could be devastating (e.g., a victim of domestic abuse being unable to access a place in refuge). An ongoing court case on this status distinction between SS and PSS holders is shortly to be heard by the Supreme Court. 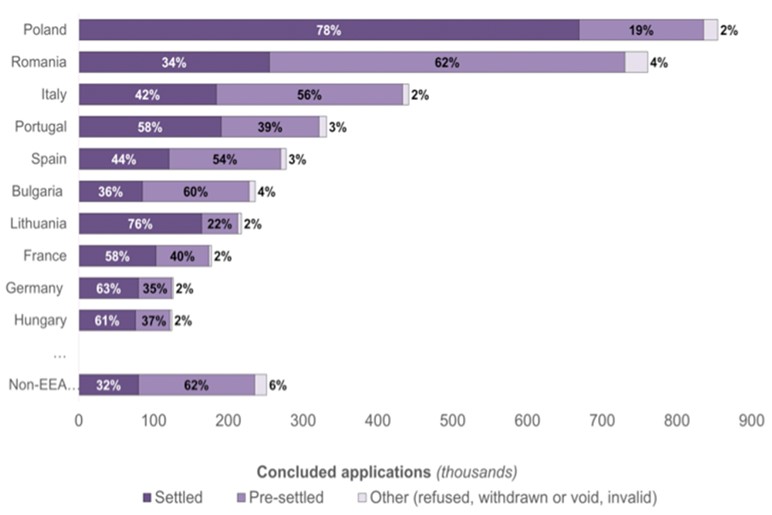 From the Home Office data in figure 2, it is also clear the settled and pre-settled distinction affects some nationalities more than others. Romanian (62%) and Bulgarian (60%) applicants are overwhelmingly receiving EU pre settled status.

This of course could be explained by their later accession to the EU and ability to access free movement rights within Europe.

Interestingly, the two next ONS countries with significantly underestimated populations in the UK (relative to their EU Settlement Scheme application numbers), Spain and Italy, are also receiving higher levels of PSS than SS – with Spain 54% PSS and Italy 56% PSS – suggesting potentially more recent increased migration from these two countries following the financial crisis.

Refusals to the scheme also affect some countries at a much higher rate. Applicants from Bulgaria Romania (both four per cent), and Slovakia (five per cent) have the highest number of refused, void or invalid applications to the scheme.

Invalid applications represent three per cent of total outcomes for the scheme and are particularly high for Romanian and Slovakian applications.

What happens when an application is refused? Presumably, now, people can submit another application while the application window is open – if, that is, they are aware their decision has been refused.

The Home Office says that 99% of refusals are on eligibility grounds, often due to lack of response for additional evidence. This begs the question: how many people think they have applied but are unaware of this further information request and that their application has in fact been refused?

Finally, for all the data we now have we still don’t know what we don’t know, and the picture is still developing. 5.2 million applications is an extraordinary success by any measure for a flagship digital-only scheme launched by the Home Office just over two years ago.

But with less than 100 days to go, no such comparable scheme has ever reached a 100% application rate. How many people are left to make an application? We likely will not know until it is too late, and now the cliff edge is in sight.

By Professor Catherine Barnard, Senior Fellow at the UK in a Changing Europe and Fiona Costello, Research Associate at Cambridge University.