The EU’s Strategic Compass as a manual for the EU learning the language of power – but what kind of power? 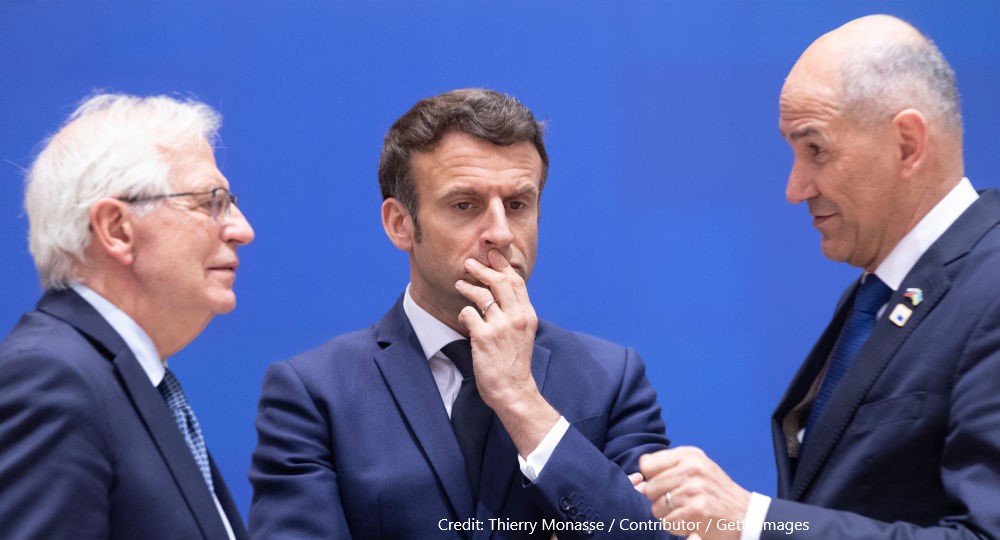 The EU’s latest security strategy is the first of its kind. The document – A Strategic Compass for Security and Defence – was formally adopted by the member states one month after the invasion of Ukraine in February 2022. Its preparatory process lasted almost two years and included the first ever joint threat analysis by the EU’s diplomatic service and 27 national security agencies. The draft, which was presented to member states in November 2021, saw significant changes since Russia ruptured the European security order. Beyond doubt, the war in Ukraine, described in the document as ‘the most serious security crisis in Europe in decades’, has put the Compass in the spotlight and given it new and immediate importance.

The document sets out member states’ commitment to specific priority actions in four areas: rapid and robust action whenever a crisis erupts, with partners if possible and alone when necessary; securing access to strategic domains by boosting the EU’s intelligence capacities and creating the EU Hybrid Toolbox; coordinated and increased investment in defense capabilities and innovative military technologies; and reinforcement of strategic partnerships at the international, regional, and bilateral levels by launching the EU Security and Defence Partnership Forum.

However ambitious and detailed, the Strategic Compass is not a magic bullet and will not solve all the problems facing the Union in foreign, security, and defense policy. The key question is thus: What can the Compass realistically achieve for the Union’s geopolitical capacity (assuming that member states maintain the determination and financial capacity to implement its provisions)?

The implementation of the strategy has the potential to increase the Union’s geopolitical weight, notably in four respects.

First, the Union will develop an EU rapid deployment capacity of up to 5,000 troops ready to be dispatched to non-permissive environments for different types of crises.

Second, the Union will enhance its military mobility by developing dual-use transport infrastructure across the trans-European transport network able to seamlessly handle large-scale movements of military personnel, material, and equipment for operational deployments.

Third, the defense industries of the 27 will be strengthened (through increased military spending) and better integrated, potentially providing the EU with cutting-edge military capabilities.

Fourth, the Union will be better prepared for and to able to respond to cyberattacks by enhancing its ability to anticipate threats and by launching tools to counter them.

These four aspects will strengthen the EU’s response to security crises, by making the Union more integrated, better equipped with military hardware, and better prepared to deploy soldiers swiftly (albeit in very limited numbers). However, there are two issues that the Compass is not able, nor designed to, change.

First, it will not be able to change the differences in threat perception between the 27 member states, nor their preferred ways of responding to crises. The EU’s response to the war in Ukraine is a case in point. It is true that the EU’s reaction was unexpectedly swift and united: it imposed an unprecedentedly wide range of sanctions on Moscow, supported Kyiv in buying weapons through the European Peace Facility (to the tune of €1.5 billion), and took in millions of refugees.

However, the circumstances for this unity were unique due to the ferocity of the Russian attack and its immediate proximity to the EU, as well as the rapid decisions taken internationally to respond to the conflict. And as the war continues, the differences between the member states are gradually starting to re-surface.

Two major bones of contention have emerged among the 27:  the oil and gas embargo on Russia and the level of military support (including heavy weapons) to Ukraine. Understandably, the divisions across the EU on how to counter Russia did not magically melt away on 24 February. Geopolitical orientation, security culture, and energy dependence shape individual states’ responses to the Russian invasion and constitute long-term factor – they do not change overnight.

Change takes time and requires determined leadership, as well as the political will and capital to face the economic, political, and social fallout of accompanying toughening stances towards Moscow and increased military spending. As the case of Germany demonstrates, the pompously-announced ‘Zeitenwende’ (the historic turning point), concerning Germany’s Russia policy and Berlin’s overall hard-security performance, is proving to be increasingly challenging due to budgetary issues.

Second, the Strategic Compass does not shy away from declaring who plays the central role in Europe’s collective defense: NATO. The strategy repeatedly mentions the need to strengthen ties with the Alliance through more structured political dialogue and operational and thematic cooperation across all security domains.

By highlighting the EU’s complementary role to NATO, the document reminds us where the boundaries to European strategic autonomy lie. The Compass is likely to enhance the global performance of the Union in the various aspects (non-conventional security threats, military mobility, military, and technological capabilities), yet the EU’s abilities to put boots on the ground will remain limited.

These two factors have been critical to the EU’s response to the war in Ukraine, which would not have been as united and strong without American leadership and pressure, and there is nothing to suggest that they will diminish in relevance in the future. Thus, returning to the question of what the Strategic Compass can realistically achieve, one can paraphrase Borrell’s call that Europe needs to learn the language of power, and conclude that the Compass provides a manual for it.

At the same time, however, the language of power that the EU will be able to speak – provided that the economic situation is favourable, which is necessary to increase defense expenditures and implement the provisions of the Compass – will still depend heavily on the determination of member states to further integrate their defence policies and on cooperation with the US as Europe’s most important security partner. The latter could prove difficult if a Trump-like figure takes the White House in 2024.

Hence, these two restrictions serve as a reality check, and a reminder of what can really be expected from the implementation of the latest EU strategy document.

By Dr Monika Sus, Associate Professor at the Polish Academy of Sciences & Research Fellow at the Center for International Security at the Hertie School.