The Trade and Cooperation Agreement: a ‘British approach’? 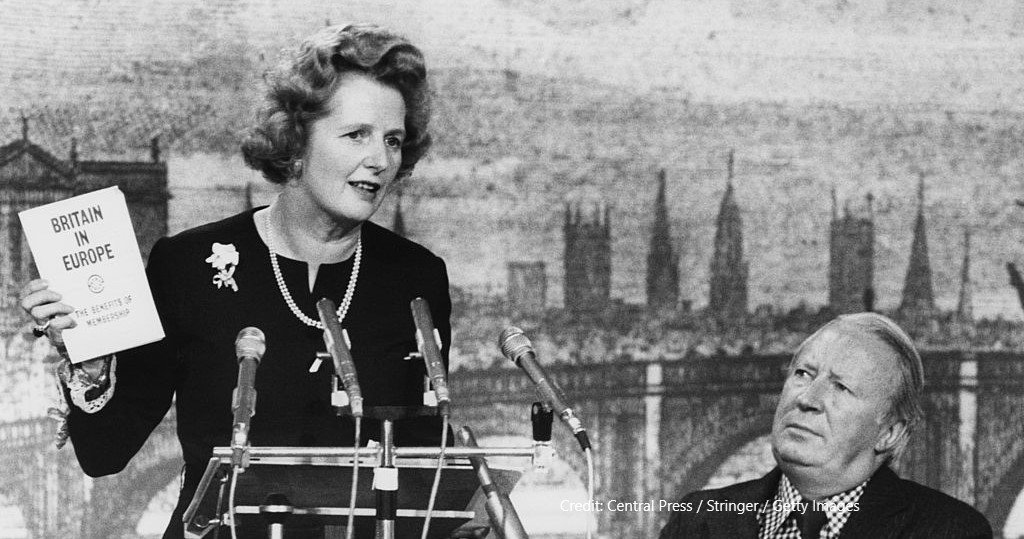 The EU-UK Trade and Cooperation Agreement – hailed by the UK’s chief negotiator, Lord Frost, as ‘one of the biggest and broadest agreements ever’ – was portrayed by the UK government as ‘carefully judged to benefit everyone’.

It purportedly solved the Irish border conundrum, replacing the ‘dreaded backstop’ with a Protocol that would prevent physical infrastructure on the island of Ireland by conducting the necessary goods checks on a GB-NI basis.

Boris Johnson – having ‘beat the odds in 2016′ – once again ‘overturned the conventional wisdom’ in delivering the deal that few felt he could.

The narrative quickly began to shift however, with the Prime Minister and his Northern Ireland Secretary of State asserting falsely that the Protocol did not have the effect of creating a border in the Irish Sea.

This was followed in March 2021 by the UK unilaterally extending the grace period on the need for checks on goods entering Northern Ireland from Great Britain.

Lord Frost has since upped the ante further, declaring the Protocol that he agreed to be ‘unworkable’, giving the EU the loaded deadline of 12 July– the height of northern loyalist fervour – to become less rigid in what he describes as its ‘legal purism’.

Yet as Sir Stephen Wall – the former Private Secretary to John Major and subsequent Permanent Representative to the EU – articulated to me, the purism that Lord Frost has so decried is precisely what UK has been known for in recent history.

As he put it to me, ‘Eisenhower somewhere in his memoirs said [paraphrasing] ‘Negotiating with the British is bloody awful, they argue over every dot and comma, but once it’s signed and sealed they implement it.

Whereas with the French the negotiation is easy, they sign, and after they’ve signed, then they start to negotiate’. And that’s what we’re now doing, basically. And it’s dishonest… It’s shaming’.

Margaret Thatcher – whose single-mindedness and unilateralist approach Brexiteers so admire – certainly would not have presided over such an approach.

In the first instance, as her closest adviser Lord Charles Powell tells me, she would not have supported Brexit to begin with. She regarded the EU Single Market as her ‘biggest achievement’: ‘why would someone who had devoted so much attention to that… suddenly want to turn around and say oh no we’ve got to leave this organization altogether?

Now, I worked with her for I think eight or nine years, I never heard her in that time, ever – we spent a huge amount of time together, both weekends, and Chequers, and long-distance plane flights and so on – she, never mentioned, floated, considered the possibility of Britain leaving the EU.’

But more crucially as it relates to the Trade and Cooperation Agreement, ‘[s]he was a very strong believer in the principle of pacta sunt servanda. And so I think, we signed up to the Good Friday Agreement – we must honour it.

She would have been very, very difficult over the border arrangements and Customs Union and all that, yes, but she would not have put at risk an agreement which had been reached.’

Pacta sunt servanda – which the EU Vice-President, Maroš Šefcovic, has been keen to remind British representatives of – is Latin for ‘agreements must be kept’, and is the maxim for international law.

It was notably invoked by Thatcher when she spoke to the BBC following a 1982 meeting with China over Hong Kong: ‘If one party to a treaty or a contract says, ‘I cannot agree to it, I am going to break it,’ you cannot really have a great deal of confidence that any new treaty they make will be honoured.’

According to Lord Barwell – senior advisor to Theresa May during 2017-19 – precisely the opposite of this is what characterized the Government’s approach to the Trade and Cooperation Agreement.

Contrasting recent suggestions by Lord Frost that the Government simply underestimated the effects of the Protocol, Barwell believes that they ‘knew it was a bad deal but agreed to it to get Brexit done’. Moreover, he attributes an intention on the part of the Johnson administration to ‘wiggle out of it later.’

There is a need, amidst the centrality of ‘Britishness’ to the Brexiteer vision, to consider whether the behaviour exhibited by the Government can be reconciled to this.

Of the Government’s previous clash with international law – the so-called Internal Market Bill – the giant of British tradition, Lord Robin Butler, described that what was at stake was ‘the rule of law and our constitution, as well as our national reputation’.

Professor Mark Elliot stated in his evidence to the Select Committee on the Constitution that this requires ‘respect for international law and that the UK and UK Ministers conduct themselves consistently with international law.’

The Trade and Cooperation Agreement, of course, is not entirely settled in nature; much of it sets out areas which are left for future discussion.

The Northern Ireland Protocol, however, is a specific and agreed aspect – endorsed also by the Northern Ireland Assembly – that is unprecedented for the manner in which it permits a third country to effectively be party to the management of the EU Single Market.

The UK is perfectly entitled under the terms of the Protocol to work consensually with the EU to try to refine it, but not to redefine it – a distinction the Civil Service, at least, appears to recognize.

But to engineer its failure would be a most unBritish act on the part of the current Government.

By Darren Litter, a PhD Candidate in the School of History, Anthropology, Philosophy and Politics at Queen’s University Belfast.