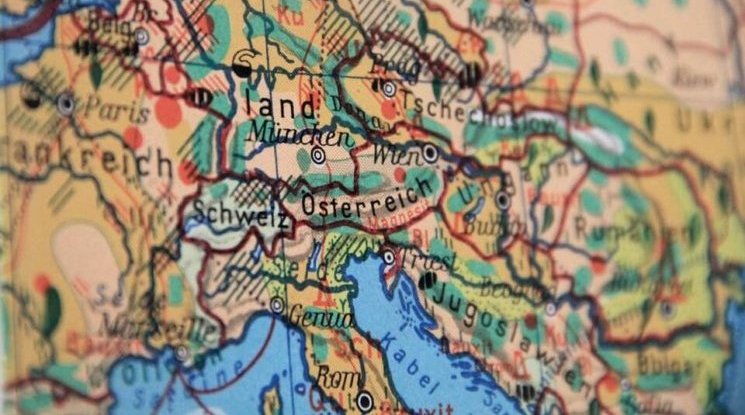 After three years negotiating the terms of a withdrawal that never seems to arrive, now is a useful time, at the beginning of the new political cycle, for the EU to look inwards and assess the possible consequences of Britain´s absence. For this purpose, it is convenient to reflect on the past, as this is not the first time that it may be necessary to build a Europe without the UK.

In September 1946, Winston Churchill gave his renowned Zurich speech calling for the creation of a United States of Europe that could achieve Franco-German reconciliation. A few days later, his son-in-law, Duncan Sandys, wrote to him from Paris about General de Gaulle’s reaction to his words.

His idea of ​​a ‘Franco-German partnership had been badly received in France ‘. De Gaulle noted ‘There was the danger that a United Europe would become nothing else than an enlarged Germany’. He added, ‘If French support was to be won for the idea of a European union, France must come in as a founder partner with Britain’.

Not without the United Kingdom! seemed to be the message from Paris. A surprising fact in light of the veto that, years later, France would use to oppose to the entry of the British.

The Americans also believed, at the end of the 1940s, that European integration would require British leadership. In 1947, concerned with the extreme weakness of Europe, they tried to promote the integration of its economies around supranational institutions, and thought that the UK should be the natural leader of the process.

However, these efforts clashed, again and again, with tenacious resistance from the British government, which refused to lead the project and did everything possible to obstruct it.

After two years of unsuccessful efforts, it was clear that the UK would never lead European integration. In that context, only France could take the initiative. In the words of US diplomat George Kennan: ‘With Great Britain playing an active role in a European association, federation is impossible’ and ‘without federation there is no adequate framework within which adequately to handle the German problem’.

But could European unity be achieved in the absence of the British? The fathers of integration understood that this would only be possible if an intergovernmental approach was overcome and strong common institutions were established: a European Commission with real power, an Assembly that could evolve into a European Parliament, and a Court of Justice. Europe should be more than a mere board of national interests. ‘The Schuman proposals are revolutionary or they are nothing’, said Jean Monnet.

From Washington, the Americans shared the same opinion and encouraged the Europeans to establish supranational institutions, strengthening the European Commission at the expense of the Council. They also undertook to exert their influence to prevent the UK from sabotaging the project.

Today, seven decades later, Europe is once again facing its future without the UK. This absence will affect the internal balance of the Union and the relative weight of the member states. What will be Germany’s power in a Union without the British? What will be the role of the Franco-German axis?

These questions arise in a context in which the most populated states have gained strength in the institutional system, for two reasons.

First, because of the intergovernmental drift of the last decade. In the absence of EU competences to deal with the economic or refugee crises, governments have been forced to act by assuming greater leadership at the European Council. This intergovernmental approach can be inefficient because of the difficulty of reconciling national priorities and agendas.

But it also damages the legitimacy of the Union because in the European Council, at the highest level, the distance between member states is at its widest. The power and visibility of the most populated states is strengthened while the defense of the common interest is weakened.

As Pérez de Nanclares noted, the real underlying problem `is not so much that the States assume a leading role to the detriment of the institutions of the Union (…), but that, in reality, the role is assumed by only a few States‘.

Second, a new voting system in the Council came into force in 2014, completely modifying the existing one in order to give more relevance to the population-based criterion. For this reason, again, the distance between the more and less populated member states has grown.

This is the context in which the UK leaves the EU. The absence of the British will affect the existing equilibrium and strengthen German leadership in an EU that has recently become more intergovernmental.

After Brexit, the role of Germany will become, to a greater extent, a key issue. The only way to face this challenge is to deepen the supranational dimension of European integration. The proper functioning of the Union requires the strengthening of the Commission and the European Parliament.

This can be achieved by implementing the proposals postponed in recent years: the Spitzenkandidaten, or lead candidate, system; transnational lists in European Parliament elections; a Commission with fewer members; and a double presidency of the EU.

An intergovernmental Europe will never be sufficiently legitimate or effective. Only a supranational Europe can accommodate member states of such diverse size. This will be all the more important without the United Kingdom.

By Belén Becerril, Deputy Director of the Institute of European Studies at CEU San Pablo University.