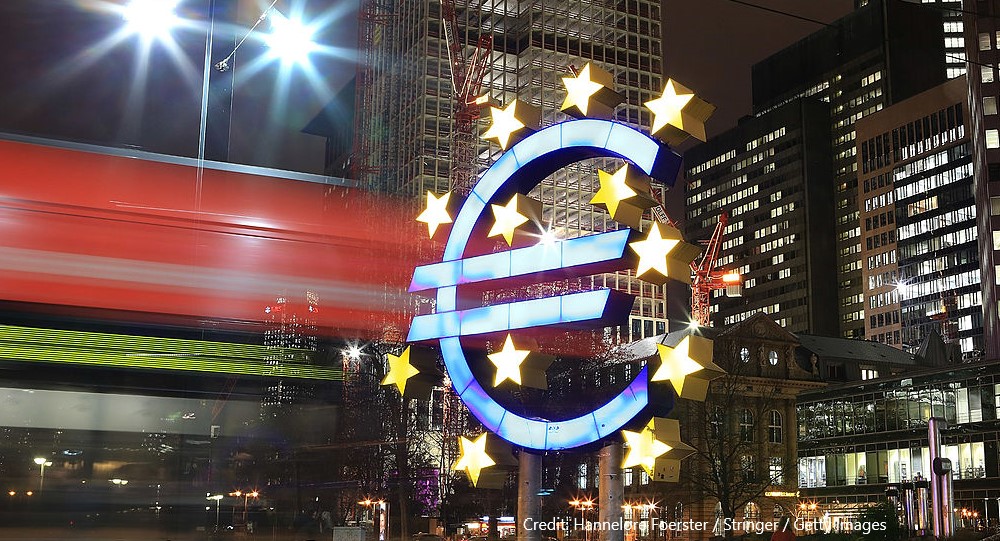 After extensive consultation, delays caused by the pandemic and hard-fought battles in its Governing Council, the European Central Bank has a new monetary policy strategy, summarised in a July 2021 statement. What should we make of it?

Eighteen years elapsed since the last review of the monetary policy strategy in 2003. In that time, we have had the global financial crisis, the Eurozone sovereign debt crisis and, now, the pandemic.

As the statement notes, the scope for the ‘ECB and other central banks to achieve their objectives by exclusively relying on changes in policy interest rates’ has declined.

The new approach reaffirms the commitment to ‘maintain price stability in the euro area’ as the primary objective of monetary policy. In this the ECB has no choice, because its mandate is set in the EU treaties; the much more interesting question is how much weight will be accorded to other policy objectives in shaping monetary policy decisions.

The headline innovation is to adopt an explicit inflation target of 2%, measured by the harmonised index of consumer prices (HICP). This replaces the aim of keeping inflation below 2%. At the launch of the euro, this was an upper bound, but no lower bound had been set. This was corrected in the 2003 review to be close to but under 2%.

Many commentators believe this asymmetric framing of the ECB’s target led to an anti-growth bias in monetary policy, although prominent advocates of ‘sound money’ – not least in Germany – disagree.

The announcement that the new inflation target will be symmetric, treating ‘negative and positive deviations from this target as equally undesirable’ is a significant shift, bringing the ECB into line with what many other central banks do.

For example, the Bank of England’s mandate requires it to aim for 2% inflation, but stipulates a symmetric range of plus or minus one percentage point from the target. If breached, the Bank is required to write a letter to the Chancellor, explaining why the target was missed and the corrective action it proposes.

In a phrase likely to induce palpitations in more conservative quarters, when the interest rate is close to the effective lower bound, the ECB will use ‘especially forceful or persistent monetary policy measures to avoid negative deviations from the inflation target becoming entrenched. This may also imply a transitory period in which inflation is moderately above target’.

Another notable change will be to include the housing costs of owner-occupiers in the version of the HICP used to measure inflation. This is complicated and, for now, the ECB promises only to ‘take into account inflation measures that include initial estimates of the cost of owner-occupied housing in its wider set of supplementary inflation indicators’.

Including these housing costs could lead to a higher measured inflation rate because of widespread rises in house prices. The result could be earlier interest rate rises, which would be popular among savers in much of northern Europe, but threatening to the more indebted southern Eurozone members.

Paragraph 8 of the ECB statement reaffirms use of the interest rate as the primary policy tool, but goes on to list other instruments it might employ: ‘in particular forward guidance, asset purchases and longer-term refinancing operations, as appropriate’ and leaves open the option of ‘new policy instruments’.

Although this statement is expressed guardedly, it will be unwelcome to inflation ‘hawks’ in Europe, already concerned about the extensive use of what have been called unconventional policy mechanisms, such as bond purchasing programmes designed to boost economic activity.

The muted reaction to the new approach is exemplified by two experienced commentators, Ignazio Angeloni and Daniel Gros, who observe that ‘anything that happens after 18 years of waiting stands a good chance of being celebrated’, but they seem disinclined to open the champagne, adding that the ‘review disappoints expectations on several fronts’.

Others have compared the new ECB approach unfavourably with that adopted by the Fed, explained in a concise summary, after conducting its own strategy review. It will now seek ‘to achieve inflation that averages 2 percent over time’. This means that ‘following periods when inflation has been running persistently below 2 percent, appropriate monetary policy will likely aim to achieve inflation moderately above 2 percent for some time’.

Those relaxed about a little more inflation, not least the more indebted Eurozone members who will want to put off the date when interest rates rise, will be more inclined to the Fed strategy. But there will be many in Germany (and certain other ‘creditor’ members of the Eurozone) who fear the medium-term consequences.

Beyond the recalibration of policy mechanisms, the ECB statement notes what it calls ‘profound structural changes’. These encompass a fall in the ability of economies to achieve economic growth, the ageing of the population, globalisation and climate threats.

In particular, how to deal with climate change has exercised many central bankers, concerned about risks to financial stability, as well as wider economic disruption. Here, the ECB is cautious, promising:

‘Within its mandate, the Governing Council is committed to ensuring that the Eurosystem fully takes into account, in line with the EU’s climate goals and objectives, the implications of climate change and the carbon transition for monetary policy and central banking’.

This stops short of the plans set out by the Bank of England to start implementing a strategy to ‘green’ its holdings of corporate bonds by the end of 2021. In its role as prudential supervisor, the BoE has also pushed financial intermediaries to assess climate risks and to take steps to enhance their resilience against these risks.

What can also be discerned in all this is an increased politicisation of the ECB. Should this be applauded? Many say it should, although David Marsh and Danae Kyriakopoulou feel what the ECB proposes on climate change is too limited, being ‘focused on risk, with language about risks posed on finance by climate change, not the effect finance has on climate.’

However, Otmar Issing, the influential first chief economist of the ECB and a key architect of its original monetary policy strategy, is adamant that engaging too readily in activities outside the treaty mandate is perilous. He fears a ‘farewell to a central bank focused on its core task of maintaining price stability. The future will tell where this kind of politicisation will lead’.

Whether the new ECB strategy changes too much or too little is only half the story, because how it is implemented will be crucial. Already, dissent was publicly acknowledged at the Governing Council meeting held two weeks after the launch of the new strategy. This one will run and run: book a seat and look forward to the fireworks.