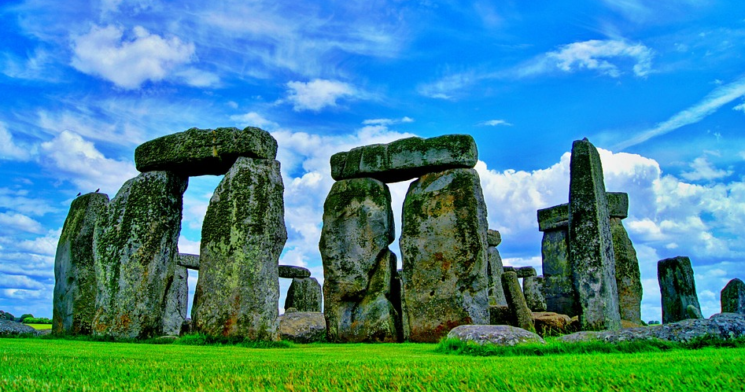 England did not vote as one in the EU Referendum. Whereas, outside the capital, a majority in each region voted to leave the EU, in London Remain was preferred over Leave by almost three to two. As a result, it seems likely that England will also vote differently in European elections that seem set to be dominated by the Brexit debate.

So far as the formal rules of the European election are concerned, England will certainly not vote as a whole. Under the regional party list system used to elect members of the European Parliament (MEPs), England is divided into nine separate ‘government regions’. The number of MEPs elected in each region is proportional to the electorate of that region – the biggest, the South East region (an area to the south and west of London), elects ten MEPs whereas the smallest, the North East, elects just three. London itself is a region with eight seats.

Initial polling of how people propose to vote in the European elections suggests that how people vote will typically reflect how they voted in the EU referendum. Four polls conducted just after Easter on average found that (across Britain as a whole) three-fifths (60%) of those who voted Leave anticipated voting for either UKIP or the Brexit Party, both of which are campaigning on the basis that the UK should have left the EU on 29 March without a deal.

Conversely, nearly three-quarters (72%) of those who voted Remain said they would either vote Labour, who have been arguing for a softer Brexit than that envisaged by the government, while not ruling out the possibility of a second referendum, or for one of the three parties in England that are wholly in favour of a second referendum: Change UK, the Greens, and the Liberal Democrats.

These patterns mean that it is almost inevitable that London will vote differently from the rest of England. The initial polling data suggest that only around one in four Londoners are currently inclined to vote for either UKIP or the Brexit Party, whereas elsewhere the two eurosceptic parties are heading for a third or more of the vote.

In contrast, around three-fifths of the capital’s voters (59%) were backing one of Labour, Change UK, the Greens, or the Liberal Democrats. For the three explicitly pro-second referendum parties, London looks as though it could be their most fruitful hunting ground.

Meanwhile, although Labour may well still profit from traditional loyalties in the north of England, in the south and midlands the four Remain-inclined parties were seemingly heading for rather less than half of the vote.

However, there is a crucial difference between the character of support for the ‘Remain-inclined’ parties and that for the eurosceptic parties. At the outset of the campaign, at least, the former is scattered across four different parties, whereas the latter has rapidly come to be concentrated largely in one party – the Brexit Party.

While Labour is the single most popular party among Remain voters, it still only commands the support of around two-fifths of those who voted Remain. The rest of the vote for Remain-inclined parties is scattered relatively evenly between Change UK, the Greens, and the Liberal Democrats.

Because England will not be voting as one, this fragmentation of the vote for Remain-inclined parties matters. Although the election is being conducted using a system of proportional representation, seats will be allocated separately in each of the country’s nine regions using a system (the d’Hondt rule) that tends to reward large parties more generously than smaller ones. This has the effect of creating a high de facto threshold before a party wins a seat.

Even in the largest region, the South East, a party has to win just over one-eleventh of the vote to be sure of winning a seat – anything less than that means its fate depends on the extent to which the vote is scattered across even less successful parties. In every other region, the threshold is even higher, rising to as much as quarter of the vote in the North East.

None of the initial polls suggest that any of the Remain-inclined parties, apart from Labour, is set to win much more than 10% of the vote across England as a whole – with the risk that, outside London at least, none of them will achieve more than winning the odd seat here and there. Of course, if Britain does leave the EU sooner rather than later, the newly elected MEPs will not be in post for long and thus the outcome in seats might be thought not to matter. However, such a result would hardly lend momentum to those parties’ attempts to advance the case for a second EU referendum.

In contrast, although the Brexit Party and UKIP are competing with each other for the support of those who voted Leave, it appears that within days of its launch, most of the Leave vote had swung behind the new Brexit Party, formed by the charismatic former UKIP leader, Nigel Farage.

For every one person saying that they would vote UKIP, five were indicating that they would back the Brexit Party – enough to give Mr Farage’s grouping the support of around a half of all those who voted Leave, and a platform from which, in England outside London at least, the party could present itself as the voice of Leave voters.

This surge in support for eurosceptic parties means the Conservative party finds itself at risk of being left high and dry. Support for the party among Leave voters has evaporated in the wake of the government’s failure to deliver Brexit. As a result, it starts the campaign barely any more popular among Leave voters than Remain supporters. Indeed, it is the only party which is clearly not markedly stronger among those on one side of the Brexit debate than the other.

As a result, so far as winning seats is concerned, the party could find itself highly dependent on the remnants of its support in its traditional strongholds in the southern half of England. It is little wonder that much of the party is wishing that these elections were not happening at all.

By Sir John Curtice, senior fellow at The UK in a Changing Europe. The full report ‘European elections and Brexit’ can be found here.