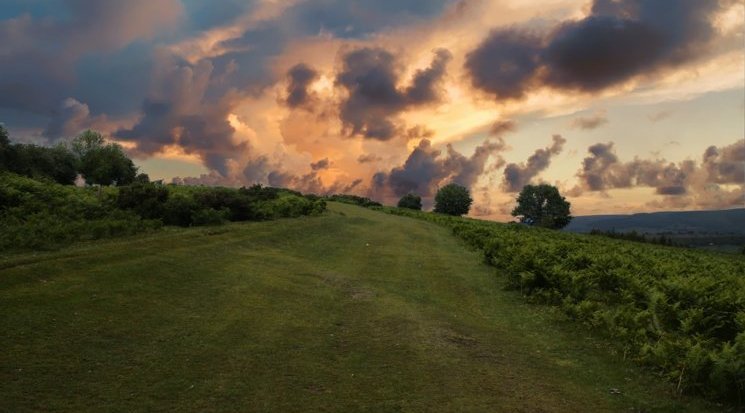 Wales is a nation whose elections have long been lop-sided, marked by sustained one-party dominance. After the rapid decline of the once-hegemonic Liberals in the years following World War I, the Labour party soon became the dominant force in Welsh political life – a status that it has retained to the present day.

In that context, the 2009 European Parliament election was an historic event. It remains the only Wales-wide electoral contest in the last century that Labour have not won. At the lowest point in Gordon Brown’s fortunes as Prime Minister his party finished narrowly behind the Conservatives in Wales.

Prior to that we have to go back to Lloyd George’s triumph in the December 1918 general election to find an election where anyone other than Labour came first in Wales.

In 2014 a strong Labour performance was widely expected. In opposition to the Conservative Liberal Democrat coalition since 2010 at Westminster, the party had secured their best ever devolved election result in May 2011, and produced a very strong performance in Welsh local elections in 2012. Meanwhile, UKIP had little track record in Wales: it had been their second or third worst ‘region’ in Britain in the three previous European Parliament elections.

It was therefore a considerable shock to much of the Welsh political elite – and a blow to their progressive image of Wales – when a late surge in support saw UKIP almost defeat Labour. In retrospect, this was but the prelude to the much greater shock of Wales voting for Leave in the June 2016 EU referendum.

Wales has four seats in the EP. In practice this means that for a party to win two of those four seats they have to win more than twice the vote of the party coming fourth. In both 2009 and 2014 the Welsh electorate split their vote so evenly that one seat was won by each of the four leading parties: Labour, the Conservatives, Plaid Cymru and UKIP.

So what might happen in 2019? Recent elections and opinion polls provide some guidance. In the 2017 general election, Wales mirrored England in producing a resurgence in two-party politics after Labour’s support surged during the campaign. Over the last 18 months, however, Labour support has slowly drained away. Meanwhile, Welsh voters have been every bit as unimpressed as those elsewhere by how Theresa May’s divided government has handled the Brexit process.

The most recent Welsh poll suggested the revival of two-party dominance rapidly going into reverse. Only one opinion poll in Wales has thus far asked about European Parliament election voting intentions. The Welsh Political Barometer poll, conducted in early April, reported the following levels of support for the parties:

If such figures were reproduced in the European Parliament election, Labour would win two seats with the Conservatives and Plaid Cymru each retaining their current one MEP. But it would be foolhardy to predict an election outcome from a poll conducted some seven weeks previously.

One feature of this poll was the very even split in support between UKIP and Nigel Farage’s new Brexit Party. UKIP have had a presence in the Welsh Assembly since May 2016, but their delegation has mainly been notable for splits and internal arguments. The party performed dreadfully in the 2017 general election, and has failed to make any mark in recent local government by-elections in Wales.

However, they did record a strong third place in the recent Newport West parliamentary by-election. While it is not impossible that both UKIP and the Brexit Party win seats in Wales, it is more likely that whichever emerges as the main vehicle for pro-Leave sentiment will win a Welsh EP seat – and might even top the poll.

The pro-Remain forces are even more divided. Sentiment in Welsh Labour is clearly heavily against Brexit. In addition, Plaid Cymru, the Liberal Democrats and the Greens, plus the new force of Change UK, take a similar position. But with approximately 15 percent of the vote needed to win a seat in Wales, many of these parties might easily miss out.

Two things are certain. One is that the EP election will be a first, and unplanned for, electoral test for the new Welsh First Minister, Mark Drakeford, elected by Welsh Labour members last year.

He has the unenviable task of following in the wake of Carwyn Jones, a formidably effective campaigner. Drakeford is a widely respected figure, but not one most obviously at home on campaign trail. A poor campaign, and poor result, will prompt some Welsh Labour worries about their prospects for the May 2021 devolved election.

Second, we can be sure that at least two Welsh MEPs will be new. Both Derek Vaughan of Labour and the Conservatives’ Kay Swinburne are standing down; meanwhile, one of the others (Nathan Gill) will be standing for a different party – having won election as a UKIP candidate in 2014, he will stand for the Brexit Party this time. There are a lot of ‘known unknowns’ about the 2019 European Parliament elections.

We don’t yet know, for instance, how the political context of Brexit will shape voting behaviour. Nor do we yet know what political implications may follow from the polls. But in a nation where the Labour party have come first in 38 of the last 39 Wales-wide electoral contests, anything other than a first place finish for Labour would certainly be a major political event.

By Professor Roger Awan-Scully, Interim co-Head of School, Head of Politics and International Relations and Professor of Political Science. You can read the full report ‘European elections and Brexit’ here.