European energy politics and security after Russia’s invasion of Ukraine 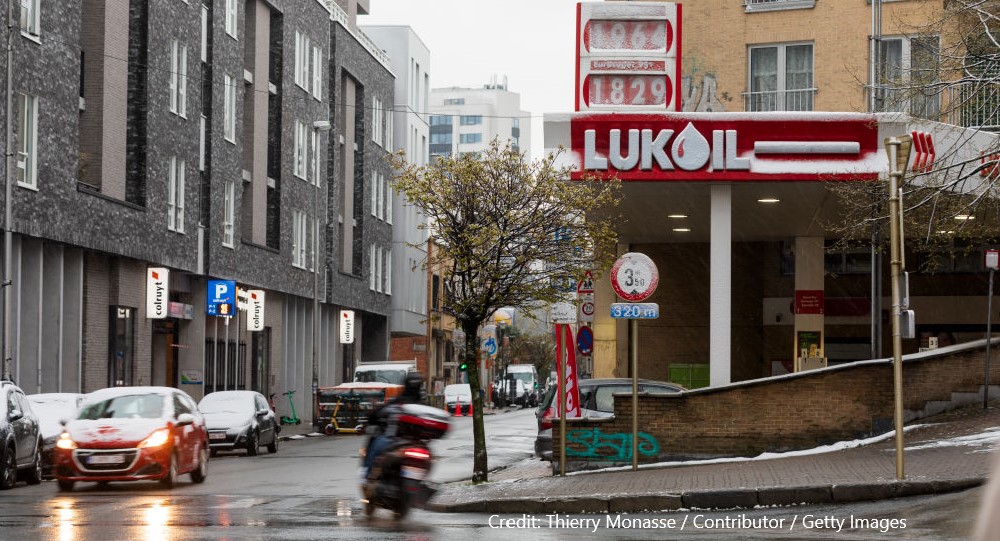 The war in Ukraine is not about energy, but it is having a big impact on European energy politics. EU energy policy has always had a security dimension, but until recently this took third place behind the goals of building a single energy market and combating climate change.

With Russia’s invasion, energy politics and security is back at the top of the EU’s agenda. The plan for dealing with it involves a gradual but radical reduction of Russian oil and gas trade, and an acceleration of the green transition.

Energy has long been an important part of the Russo-Ukrainian relationship. In the early 2000s, 80% of Russia’s gas exports to Europe, some 120 billion cubic meters (bcm) per year, went through Ukraine.

In 2012 the first 55bcm Nord Stream pipeline under the Baltic Sea reduced Russia’s dependence on the Ukrainian transit route enough to allow the annexation of Crimea and the war in the Donbass in 2014. Nord Stream 2 would have made that route redundant.

Nevertheless, many European politicians and energy executives long thought that Europe’s dependence on Russia (for a third of its oil and gas) and Russia’s dependence on European fossil fuel exports (for 40% of its federal budget) meant that neither side would ever use the ‘energy weapon’. On the contrary, tying Russia to the EU through energy trade would help prevent armed conflict; or as successive German governments put it, ‘Wandel durch Handel’ (change through trade).

This began to change towards the end of 2021, as Russia built up its military presence at the Ukrainian border and Gazprom drew criticism from the European Commission for holding back gas from European spot markets.

In the run-up to the invasion, the key questions were whether the EU could use energy sanctions against Russia, and how vulnerable the EU was to a Russian supply cut.

In March Putin threatened gas cut-offs and issued a decree to force ‘unfriendly’ importers to pay in roubles, in breach of both contracts and sanctions (unless specific conditions were satisfied). On 27 April, Poland and Bulgaria were the first EU states to have their Russian gas supplies cut.

Two months into the war, the big question concerning energy politics and security for the EU is no longer whether to reduce dependence on Russian oil and gas, but how to do it. The answer lies in a combination of increased gas storage, alternative sources, accelerated transition to renewable energy, and energy efficiency. But this must be done gradually, and it is very different for oil and gas.

The war has revealed an important asymmetry in Euro–Russian energy trade, particularly with respect to gas. While the EU is vulnerable to cut-offs today, it looks quite robust in the medium-to-long term. In contrast, although Putin’s regime can survive a short-term drop in fossil fuel exports, but it has no alternative to the European gas market in the medium term.

The big difference between oil and gas markets is that oil markets are global while the gas markets are mostly regional. If the west stops buying Russian oil, China can pick up the cargoes at a discount. If the EU stops buying Russian gas, only the 17bcm of gas transported by ship can be redirected. The 140bcm that reaches the EU via pipelines has nowhere else to go.

Although three are some limits to the notion that it does not matter who buys oil from whom, linked to transport costs, quality requirement and logistics bottlenecks, the main question is how much war and sanctions might reduce Russian oil production. In April, the International Energy Agency estimated that some three million barrels a day could be taken off the global market (which trades around 100 million barrels a day)

Gas is very different. From the Russian perspective, the problem is that gas trade with China requires investment and infrastructure. Over the next few years China could increase its imports through the Power of Siberia pipeline from 10bcm to 38bcm. But for Chinese imports to match those that have recently gone to Europe would take a decade, and this would come from eastern fields, not the western ones that produce gas for the EU.

For the EU, the challenge is how to wean itself off Russian gas without paying a price that is too high for the most exposed states: Germany, Austria, Italy and most of east central Europe. The strategies proposed by the IEA and set out by the European Commission in its REPower plan centre on four main themes.

First, and most urgently, this involves efforts to increase EU resilience by making sure gas storage facilities are filled before the winter. In March the Commission proposed a regulation on minimum gas storage levels, and in April the German government took temporary control over Gazprom-owned storage facilities.

Second, the Commission’s ambition to reduce imports of Russian gas by two-thirds by the end of 2022 means increasing imports from other sources. EU home production plus pipeline-gas from Norway, Algeria and Azerbaijan could add 10bcm this year, and more over time.

However, most of the replacement gas will have to come from the global market for Liquefied Natural Gas (which is transported by ship), where the EU aims to add 50bcm to its current 77bcm imports. Here the main problem is the global availability of LNG, even if world production could increase by as much 43bcm in 2022. In addition the EU faces infrastructure challenges, linked to the fact that most LNG terminals are in the UK and Western Europe.

Third, any substantial reduction in Russian gas must involve a shift to alternative fuel sources. This is likely to involve nuclear and coal, but the main solution lies in renewables. IEA estimates that nuclear energy could reduce the need for Russian gas by 4bcm, bioenergy 8bcm, and coal 22bcm. Accelerating existing plans for solar and wind energy could replace another 6bcm. The Commission’s plan centers on strengthening the green transition to a low-carbon economy in the next decade.

Finally, the Commission and IEA both envisage another 15bcm reduction in gas needs though a combination of different measures linked to saving and improve energy efficiency, including heat pumps and a one degree lowering of thermostats.

Russia’s invasion of Ukraine shattered some important assumptions about the moderating effect of oil and gas trade on the potential for armed conflict in Europe. After 24 February, there could be little doubt as to the strategic nature of fossil fuels. The European Commission’s strategy has long been to deal with Gazprom’s big market share by wielding its regulatory power. As the invasion loomed, it shifted gear to a more geopolitical strategy.

The immediate result is that security is back at the top of the EU energy policy agenda, and with it the planned reduction in Russian fossil fuels imports. As it turns out, in the medium-to-long term, Russia is more vulnerable than the EU.

In the long term the most important effect of the war on energy policy is likely to be the securitisation of the green transition: the crisis has brought out the strategic and geopolitical importance of renewable energy.

By Nick Sitter,  Professor of Public Policy at the CEU, Professor of Political Economy at the BI Norwegian Business School, and a Research Associate at the LSE Centre for Analysis of Risk and Regulation.