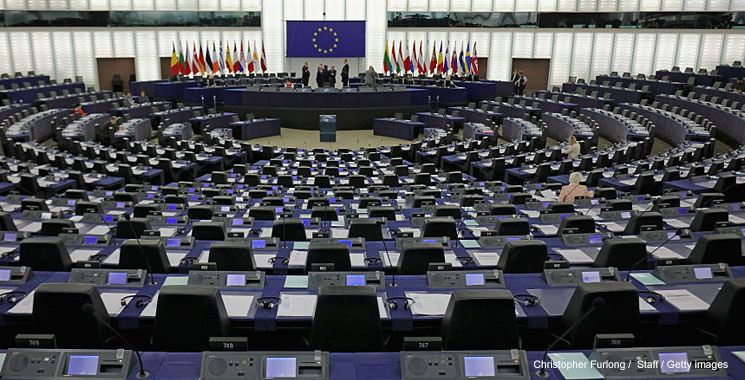 The European Parliament might be relatively young (directly elected only since 1979), but it can still be a very traditional place, with rules, customs and traditions that are at times as quirky as Westminster.

Following the departure of UK MEPs earlier this year, the European Parliament now has 705 members—still 55 more than the House of Commons.

It works in 24 languages, with simultaneous interpretation for meetings of the whole Parliament, and operates in three different countries (Belgium, Luxembourg and France).

To complicate things further, there is no government with a majority to adopt laws, so majorities have to be found separately for every vote.

Even in normal times, it can feel miraculous when debates and voting sessions take place.

Key to the functioning of the European Parliament, like any parliament, is the people and personal exchanges that allow compromises to be made, solutions to be found and ideas to be exchanged.

Anyone who has visited the European Parliament in Brussels will have visited the Mickey Mouse bar, a hive of activity of people from across the continent coming together over mediocre coffee.

What happens when these people can no longer get together in person? Can the European Parliament still function?

A few months ago, I would have said categorically that no people in the building means no Parliament.

But the reality of lockdowns and social distancing has changed my view completely.

In the space of a few weeks, the European Parliament has taken a giant leap forward into the modern age, using technology and innovative voting methods to stay open for business to allow members to serve citizens without needing to be in the building.

In early March, when Italy became the new China, and Bergamo the new Wuhan, the European Parliament had to act fast to allow all of its members to participate.

There was a strong feeling that these difficult times called for more democracy and that parliaments had to keep operating.

At the same time, however, there were stories that a number of French MPs and ministers had contracted the coronavirus in a bar in the French parliament.

There were fears that the same could happen in the European Parliament, spreading the virus across the EU as MEPs travelled from Brussels to their constituencies.

First, the European Parliament acted fast to introduce social distancing inside the building: hand sanitiser appeared at all entrances, most outside visitors were no longer allowed in and those who were had to sign a declaration to say they had not visited any ‘corona hotspots’.

In meetings, all participants had to sit two metres apart—now a familiar sight, but still novel in the first week of March.

Staff who had recently visited hotspots had to self-isolate and those still in work were told not to shake hands or kiss colleagues at the start of meetings (something that should be easier to enforce in the UK!).

In the second week of March, the European Parliament cancelled its monthly trek from Brussels to Strasbourg.

This might sound like a no brainer but was in fact a huge change to parliamentary activity and showed that the institution was prepared to make big changes to ‘business as usual’ in order to keep working.

That week, almost all meetings were cancelled and staff were sent home to work at least 80% of the time from there.

The European Parliament has been working towards being paperless for a number of years, and MEPs and staff have been switching from ordinary PCs to hybrid laptop tablets.

This equipment enabled people to work from home and there was a huge push to roll out new IT kit to as many colleagues as possible.

In the third week of March all staff were told to work from home permanently and no ordinary parliamentary business took place, except for remote meetings of the leaders of the political groups.

That week was used to quickly source, customise, test and deploy an in-house video conferencing system that allowed for multilingual meetings with up to 1,000 participants.

The European Parliament’s services also developed and tested a remote voting system to allow it to continue its work, which was vital for adopting measures to tackle the corona crisis.

On 26 March a meeting of the whole European Parliament took place with a short debate of political group leaders and a handful of MEPs spread out in the chamber itself.

The European Parliament adopted new laws releasing funds to help sectors affected by Covid-19 with all members voting remotely. This would have been unthinkable three weeks earlier.

There is no reason why Westminster cannot follow this example and stay open for business.

But all sides have to come together to agree radical changes to the way business is conducted.

Technology is key but it does not need to be new equipment: most MEPs connect and participate in meetings with a smartphone and a pair of headphones, and the remote voting system uses email.

The key to the success of the new ways of working in Brussels has been largely down to the support of the IT and logistics staff, but also MEPs themselves who have got on with things with few complaints—something which is not a given for politicians.

And who knows, if the UK gets it right, new working methods could be used at other times in future, such as while renovations take place in the Houses of Parliament.

By Tom Feeley, Head of Unit at the Renew Europe group in the European Parliament.