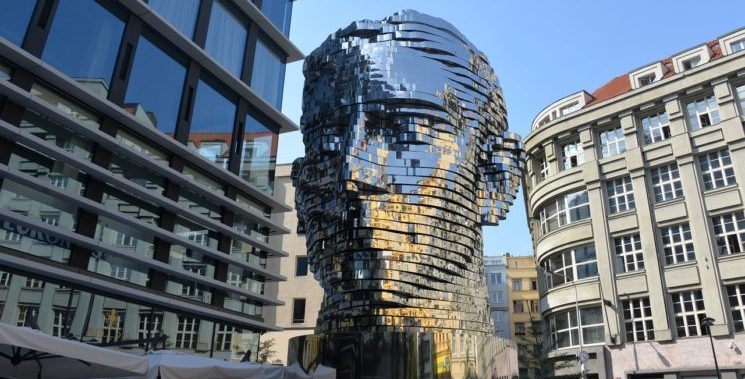 The far-reaching reforms in recent years of EU (and especially eurozone) economic governance were intended to correct the shortcomings that had become so evident during the euro crisis. But are they delivering and can we be confident the problems of implementation and patchy compliance have been solved? Recent developments invite scepticism, notably the Kafkaesque outcome of the latest episode of enforcement of EU fiscal discipline, concerning Portugal and Spain.

As the headline of a press release from the Council of Ministers put it on 8 August, the ‘Council agrees to zero fines and new deadlines for Portugal and Spain’. Both countries were also spared a suspension of all or part of their entitlements to receipts from the EU’s Structural and Investment Funds. The decision casts doubt on the credibility of EU fiscal rules. More broadly, it raises awkward questions about whether eurozone economic governance is on the right track.

Spain and Portugal were found in mid-July to have done too little to rein-in their excessive deficits and should, consequently, have been fined under the rules of the Stability and Growth Pact (SGP). Portugal had been in the excessive deficit procedure since 2009 and initially obliged to correct its deficit by 2013. However, after being accorded a bailout in 2011, subsequent Council decisions gave it more time. Although Portugal’s deficit is projected to fall to 2.7% of GDP in 2016, the Commission’s analysis is that this is not enough and leaves the country vulnerable to a rise in interest rates or a mild economic shock.

For Spain, the Council finds that ‘exceptional economic circumstances that would warrant a reduction of the amount of the fine do not exist’. However, Spain’s efforts to transform its economy are deemed to justify cancellation of the fine. The detail of the Council decision suggests that it is less concerned about Spain than Portugal, since the former is given until 2018 to redress its excessive deficit, whereas Portugal’s excessive deficit must end in 2016.

The push for fiscal discipline

More disciplined fiscal policy was meant to be at the heart of recent governance reforms. The Fiscal Compact, a revised Stability and Growth Pact allowing for more easily applied and graduated sanctions, and the obligation on eurozone countries to submit their planned budgets for scrutiny by the Commission, all had the aim of enhancing the long-run sustainability of budgetary policies. Deficits have come down in the great majority of member states. However, the debt picture is much less positive. In 17 member states, the debt to GDP ratio increased between 2012 and 2016.

A positive interpretation would be that, in line with the avowed aim of the Juncker Commission to be more political, common-sense judgement has prevailed over rigid application of rules. Yet by imposing a fine of €0, the message likely to be heard by future miscreants is ‘worry not’. Intriguingly, if reports in the German press are to be believed, the normally hard-line German Finance Ministry lobbied for the clemency shown to the two Iberian countries. Indeed criticism of the decision in Germany, for example in the financial newspaper Handelsblatt, focused on the role behind the scenes of Wolfgang Schäuble, usually thought of as a fiscal hawk and a stickler for rules, in opposing fines.

But for Daniel Gros, the SGP ‘has died a second time’. The first was in 2003 when the Pact’s originators, the Germans, were let off an excessive deficit, along with the French. The obvious implication of his assessment is that whole edifice of fiscal discipline is now in jeopardy, irrespective of whether the decision makes economic sense.

The wider problems of implementation of governance reforms

As my longer paper shows, compliance and implementation are also again emerging as the weak links in a number of areas in which economic governance has been reformed. The semester process, where economic policy is monitored and coordinated at the EU level, was simplified to make it more strategic. Yet, as the paper shows, its sheer lack of visibility in national economic policy discourse raises doubts about what it achieves.

Banking union is another major plank of the governance reforms where there are challenges. Responsibility for supervision of the systemically most important banks shifted, with few obvious problems, to the European Central Bank (ECB) and new procedures have been established for dealing with failing banks, intended to insulate the tax-payer from future bailouts. However, common deposit insurance has proved to be elusive and the results of the July 2016 stress tests conducted by the European Banking Authority, highlighted difficulties in several banks, notably Italy’s Banca Monte dei Paschi di Siena (MPS).

Continuing problems of non-performing loans and the slow pace of recapitalisation in some countries do not augur well. In Italy, in particular, there has been growing concern, leading the government to flirt with using public money to strengthen the banks, something that would have been in direct defiance of Brussels’ new governance principles. At the eleventh hour a solution was found for MPS, involving shifting its non-performing loans to a ‘bad bank’ and a recapitalisation, guaranteed by a consortium of international banks. But the Italian government had made clear that it would take unilateral action if need be. In this respect, the woes afflicting Italian banks cast renewed doubt on the credibility of the EU governance model.

These examples draw attention to a common difficulty: the gulf between clever design of mechanisms, on the one hand; and effective, legitimate governance, on the other. It may be that the era of proliferating rules for everything is coming to end. Critics of European fiscal governance, including at the IMF, point to the complexity and potential conflicts arising from multiple rules.

However, the heart of the matter is the deep and contentious issue of justifying actions to increasingly disenchanted citizens. Whether or not the advice from the EU level is analytically robust and leads to correct decisions is often beside the point, because voters, tax-payers or other actors are just not involved and are unable to influence either the thinking behind the policy models or the resulting decisions.

As Kafka put it in The Blue Octavo Notebooks: “it is comforting to reflect that the disproportion of things in the world seems to be only arithmetical.”

State of the Union address: a new European Political Community

What did we learn from the State of the Union address?

Could the EU or the UK ban Russian citizens from entry?