EU citizens and their non-EU family members (NEFM) wishing to remain resident in the UK must apply for EU Settled Status (EUSS) before 30th June 2021. Generally, this must be done via an online application. However, some groups, often the most precarious, can access the scheme only via a paper application.

Following a freedom of information (FOI) request to the Home Office, we have been able to draw together a much more comprehensive picture of the paper application route to the EU Settlement Scheme – including, for the first time, a gender breakdown of applications.

The results of the FOI reveal a higher level of failed applications by those applying on paper. This has a disparate impact on women, particularly those from Nigeria and Ghana.

According to the Home Office, paper application forms may be submitted by applicants who:

To access a paper form, an applicant must call the Settlement Resolution Centre, and a paper application is provided on a case-by-case basis. (However, on 9th June 2021, with 15 working days left before the deadline, it was announced that paper forms could now be requested via email). 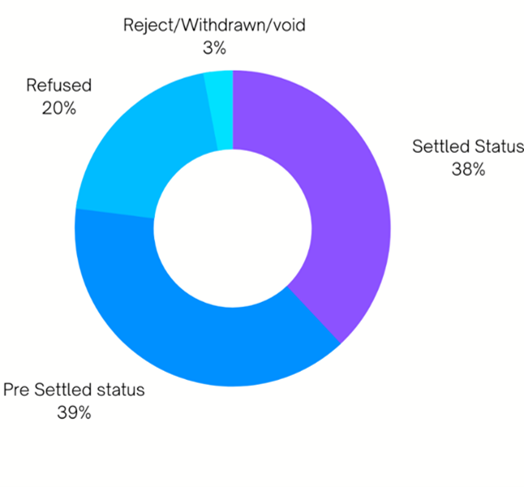 For Zambrano carers, refusal rates go as high as 63%. This is because the Home Office introduced a requirement that, as Gbikpi explains ‘you will only get status under the Settlement Scheme if you don’t already have “leave to enter or remain in the UK, unless this was granted under this Appendix”.

The reasoning was that if you have permission to remain in the UK, then neither you nor the British citizens dependent on you would be compelled to leave’. However, on the 9 June 2021, the UK High Court held that this exclusion is unlawful.

The judge said ‘it is a fallacy to suggest that the grant of limited leave to remain has the effect of extinguishing a claim to Zambrano rights’. For the client AA* below, this judgement will mean a third attempt to gain leave under the EU Settlement Scheme- with just 21 days left to apply. She is one of 2,000 Zambrano applicants refused EUSS to date.

According to the FOI, individuals from 177 different countries have applied via the paper route to date (n=14,460). Of those, 50% come from just ten individual countries, with those from Nigeria topping the table by some margin (see fig. 2). 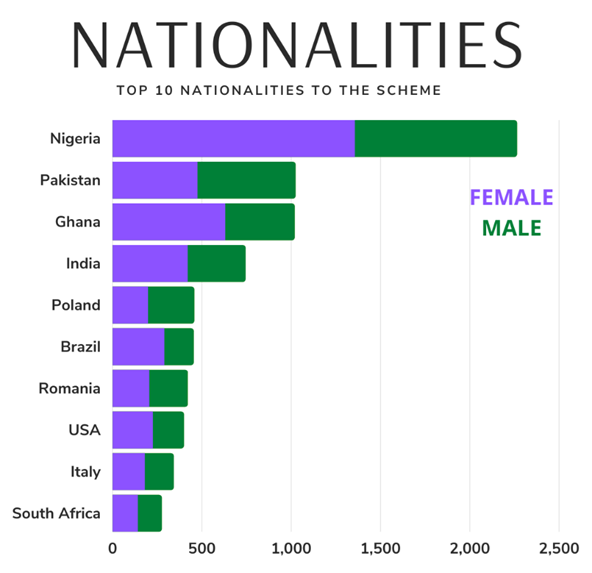 Fig 2 Nationalities of those applying via paper application route

This reflects other research suggesting that derivative rights holders are more likely to be women and disproportionately from black and minority ethnic backgrounds. 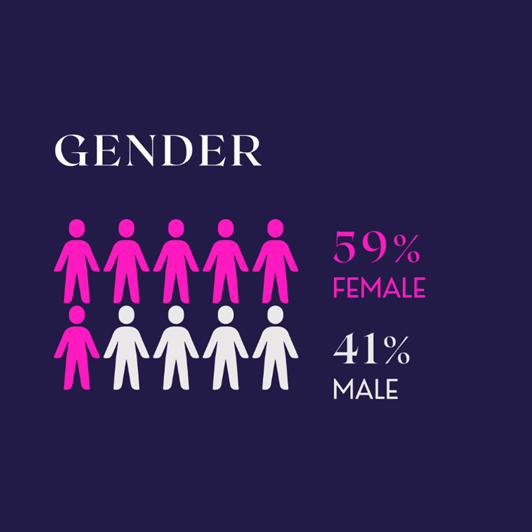 Fig 3 Gender of non-EU applicants via the paper route

We can see from fig 2 (nationalities) that three EU member states are represented in the list of top 10 nationalities who have made paper applications to the scheme (Poland, Romania, Italy).

Across the whole dataset, EU nationalities represent 17% total of all the paper applications to date. This suggests that those within this group probably did not have the requisite documentation or digital skills to apply via the primary digital route.

The FOI data covers the time period up until 28 February 2021, and it is likely that these numbers will increase as we approach the final deadline for EUSS applications (30 June 2021). Community advice agencies tell us they are requesting paper applications now more than ever due to the deadline.

For people without valid identity documents, who have not managed to get an appointment at their embassy (many of which have seen backlogs in appointments due to closures during lockdown) the paper application route may now be their only option.

So, what does this tell us?

For the paper application route, 14,000 applications are a drop in the ocean in a scheme which has granted status to over five million individuals.

In comparison to the primary digital application route, the proportion of paper applications is extremely small – a point which may support the Home Office’s plans for a largely digital immigration system in the UK in the future.

EU citizens accessing this route have been small in number to date (17%), but this may well change in the race to apply before the deadline.

Ultimately, the FOI data on paper applications shows the breadth of the EUSS scheme extends well beyond the geographical boundaries of Europe and recognises that within the five million there are those who are not EU nationals and who are more vulnerable to decision delays, increased evidential burdens and refusals.

And the data shows that the group most affected – and so most likely to find themselves undocumented in the UK after 30 June 2021 – are women, particularly, women of colour.

To complicate matters further, we now know that following the High Court decision of 9 June, a large group of people (the 2000 Zambrano carers) have been incorrectly refused access to settled status.