Annual Conference 2022: The World Beyond Brexit 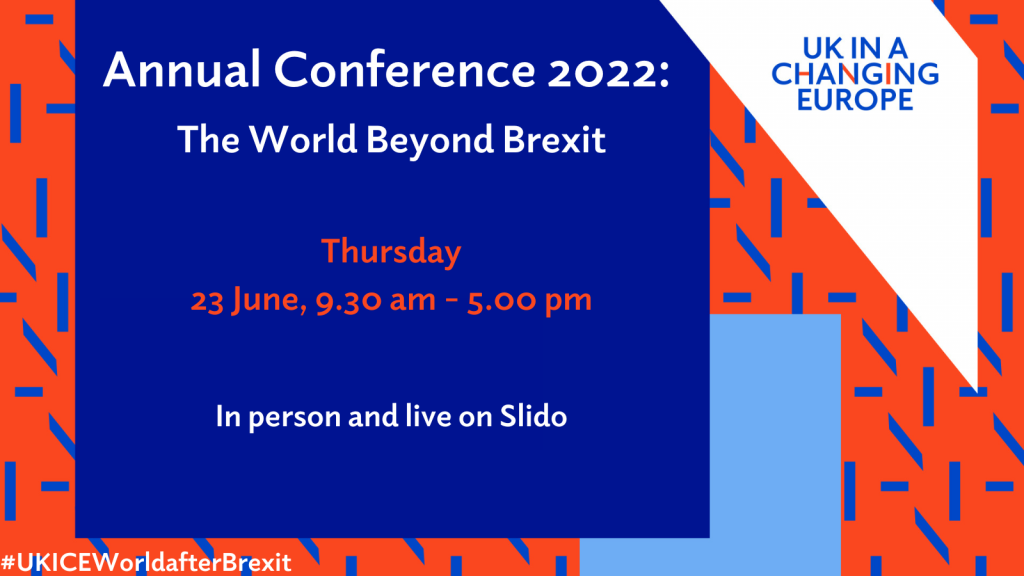 For the past six years, the conversation about the UK and its role in the world has been centred upon Brexit. Yet, as we reach the sixth anniversary of the referendum, the world is changing rapidly around us: with the Covid crisis followed by the war in Ukraine and a global cost of living crisis.

UK in a Changing Europe’s The World Beyond Brexit conference brings together academics, politicians and other experts to discuss the state of geopolitics and the global economy and their implications for both the UK and the EU.

Brexit six years on: Is it working?

How has Ukraine and the global energy crisis changed the world order? How should the west manage its eastern front with Russia, and does it need to recalibrate its attitude toward China and other major powers?

How have the triple shocks of Covid, Ukraine, and the global energy crisis reset the world economy? Is the era of globalisation over? Has net zero been derailed?  And how should the UK respond?

How is the EU changing without the UK as a member state?  Is it behaving differently, and have things changed for better or worse? What are the implications of Ukraine for how the EU functions? And are we on the cusp of a new EU foreign and security policy?

The Government has a vision of Global Britain, but that was written before the Ukrainian invasion. Do its premises still hold or has Ukraine changed everything? Is Brexit anything more than a historical footnote? Is the Asia-Pacific tilt dead? Do we now need to relook at the way we work with the EU?

Labour’s vision for Britain in the world after Brexit.