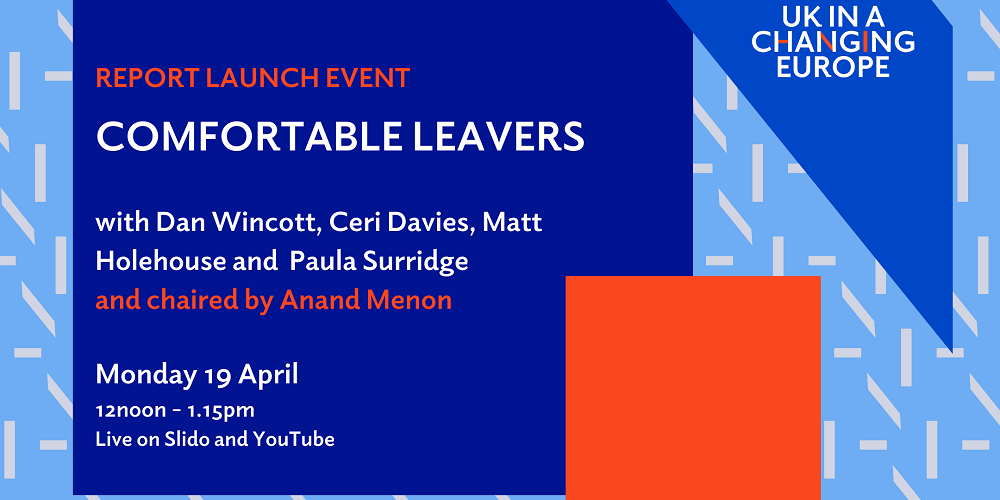 A new report by UK in a Changing Europe and NatCen sheds a light on ‘Comfortable Leavers’ – Leave voters with comparatively high incomes, based in relatively affluent places – and what they hope and expect from British politics and the economy after leaving the European Union.

At this report launch event, we’ll bring together the authors of the report, those involved in conducting the eight deliberative workshops and political commentators to discuss the findings and their implications.