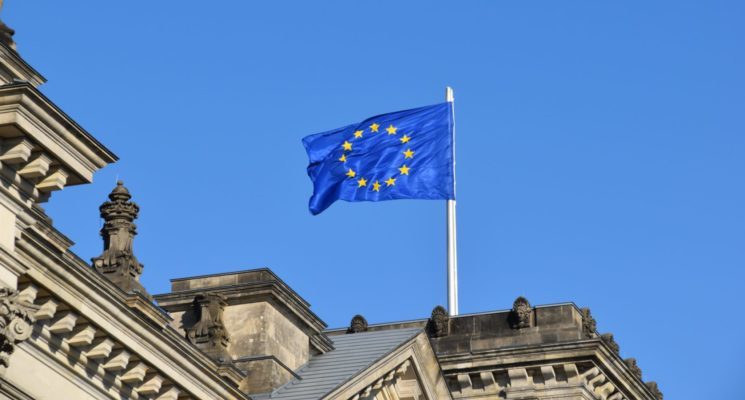 Brexit is a shock to the EU’s self-image. It shatters the belief in ever-larger union, as well as ever-closer union.

The “European Project,” as proponents of supranationalism refer to the construction of the European Union and its antecedent European Communities, rests in part on the assumption that it exerts a gravitational pull on neighbouring, non-member countries, which cannot resist the appeal of membership.

The project began with only six countries, but its founders anticipated enlargement from the outset. Many European countries could not join initially because of the Cold War.

Others were international pariahs or were unwilling to pay the supranational price of entry.

The UK’s absence mattered most to the original member states because of the UK’s prominence in postwar Europe.

Averse to supranationalism, the UK had many practical reasons not to join the European Communities.

As Alan Milward, the foremost historian of European integration, long ago explained, the UK’s decision emerged from a national strategy that seemed entirely reasonable at the time.

What is now called the European Project was only one of several European projects in the postwar period. The Communities became ascendant primarily because of powerful support from the United States and the wholehearted commitment of France and Germany, subsequently cemented in the Elysée Treaty of 1963.

The dominance of European integration, as we know it today, assumed an air of inevitability.

This assumption was consistent with the views of early proponents of the European Project, such as Jean Monnet, the well-known founding father; Walter Lipgens, the “official” historian of European integration; and Walter Hallstein, the first President of the European Commission.

The idea that the UK missed the bus by not joining the European Communities is consistent with this narrative. According to the prevailing story line, Britain finally saw the light by executing a dramatic U-turn and applying for Community membership in 1961.

The same narrative dismisses President Charles de Gaulle’s rejection of UK membership, in 1963 and 1967, as an aberration, based on personal pique and a narrow understanding of the French national interest.

With de Gaulle’s departure, the march of European history towards ever-larger union could resume.

It says a lot about the European Project that no one seriously contemplated provision for the withdrawal of a member state until a relatively late stage—the Convention on the Future of Europe in 2002-2003.

That was on the eve of the expansion of the EU into Central and Eastern Europe, a giant step for the European Project along the inevitable route of postwar—now post Cold War—European history.

The link between what eventually became Article 50 and Central and Eastern European enlargement was clear: the possibility of voluntary departure would help to reassure countries only recently independent and accordingly highly sensitive about protecting their sovereignty.

The link between Article 50 and rising euroscepticism was also clear: the possibility of voluntary departure might help to undermine opposition to the EU within member states, not least in the UK.

Until the outcome of the 2016 UK referendum, nobody thought that Article 50 would ever be used. The prevailing academic opinion was that the cost of exit would be too high for any national government to contemplate paying.

It is easy to explain, excuse, or dismiss the story of the UK’s withdrawal as a perfect storm of events and circumstances that has produced a completely unforeseen, even unimaginable, result.

But happenstance, miscalculation, opportunism, and political upheaval are better guides to understanding history than is inevitability.

If nothing else, Brexit should shock the EU into revisiting its complacency about the European Project and rethinking the history of European integration.

It may seem ironic, given the presumed inevitability of ever larger union, notwithstanding Brexit, that a strongly pro-EU French President—Emmanuel Macron—is applying the brakes with respect to two applicant countries, this time in the Balkans (or what the EU calls the Western Balkans).

But opposition to further Balkan enlargement should not be too surprising. It is an open secret that many proponents of the European Project had (and have) a particular view of Europe’s political geography, despite their rhetoric to the contrary.

Six member states might have been too few, but 26 or 36 would be far too many.

Proponents of the European Project would hardly admit that the EU of their dreams ranged from the Atlantic (including the UK) to the Adriatic (excluding anything to the east), a space that provided the ideal terroir for ever closer union.

The privately expressed lament most frequently heard in the European Quarter in Brussels these days is not that the UK is leaving—this is expressed publicly and seems sincere—but that the EU enlarged into Eastern Europe and the Balkans, and seems destined to continue doing so.

It would be refreshing to be able to have an honest discussion in Brussels about EU contraction and expansion—of ever larger as well as ever closer union—in light of current developments.

Unfortunately, the politics of Brexit and the perils of the Balkans militate against such frankness, at least any time soon.