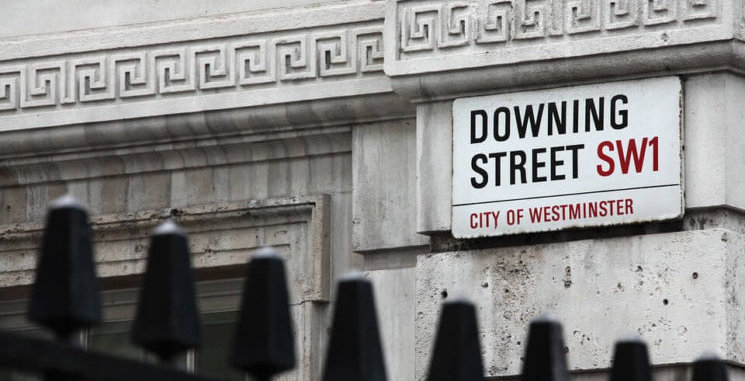 While there have been endless discussions on what Leave voters want from Brexit, the 48% who voted Remain have often been treated as a single united bloc. Rumours of a new centre-left ‘Remain’ party continue to circulate, most recently in a Nick Robinson interview with Tony Blair.

Since there is little prospect of a new party being established and ready for a General Election before March 2019, a party platform built around a Remain / Leave axis seems entirely pointless. In that case, where is the common ground for a coherent party platform?

In July 2018, we asked over 7,000 representative UK voters to rank 13 challenges for the UK in order of importance to them. Using this data, we examined whether the numbers add up for a new party – and what such a party might stand for.

First off, we can debunk the notion of united Remainers: we found three distinct groups that, apart from not caring about immigration, have very different priorities. We call the first group ‘left wing Remainers’ – they prioritise reducing inequality, improving housing, jobs and public services. They do not care much about control over laws and regulations, independent trade or ensuring economic growth.

The second group we call ‘Liberal Democrat’ types, who prioritise the economy above all, then jobs and housing. They also are not at all concerned with control over regulations and trade.

The third group we label ‘sovereignty liberals’ – they prioritise the economy, control over laws & regulations, and independent trade but do not care about immigration – and least of all about inequality. The stark differences between the Remain groups are clear to see below. 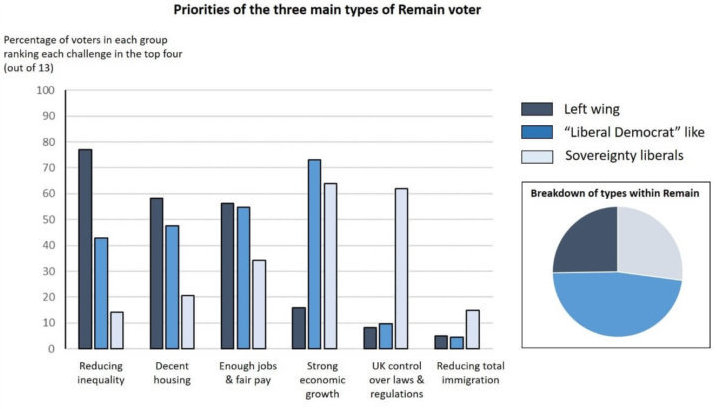 So it’s not just Leave voters who care about sovereignty – almost a quarter of Remain voters do too – and their priorities are almost diametrically opposed to the quarter of the Remain vote with left wing priorities.

And while both Liberal Democrat types and sovereignty liberal Remainers care about the economy, their other priorities suggest that they would prefer to do different things with a strong economy (e.g. spending on social issues vs. reducing taxes).

The largest bloc of Remain voters are ‘Liberal Democrat’ types and it seems the natural place to start when building a new party and platform. Sir Vince Cable certainly thinks so and is already hinting at it. Where would a new party based on a Liberal Democrat base get its voters from? And could this new party appeal to Leave voters?

Another 30% of Leave voters have similar priorities to our Remainer Sovereignty Liberals (care about control and trade but not immigration) and finally a small percentage of Leave voters are essentially left wing voters.

Sovereignty / Immigration voters are well served by the current Conservative Party and Ukip. As we’ve seen, sovereignty liberals share very few priorities with left wing or Liberal Democrat type voters and their natural home is the Conservative party of Cameron or even Thatcher (over half of them voted Conservative in 2017).

Even if a new party could capture some of these Sovereignty Liberals, the left wing and Liberal Democrat type voters would need to be the party’s base – but together they represent only about 36% of the electorate (and 7% of Conservative voters).

The new party would mainly be fighting Labour (and probably the SNP in Scotland) for these voters, with all the disadvantages of tribal voting and a first past the post system.

A new centre left party based on the Liberal Democrats would thus, at best, split the progressive vote without significantly weakening the Conservatives, delivering a strong majority and mandate to a Conservative party dominated by sovereignty / immigration voters.

If you want a centre left government, or even just a government to the left of the current one, then a new centrist party is not a viable solution and will likely make things worse.