Exiting the Dublin System: a catch-22 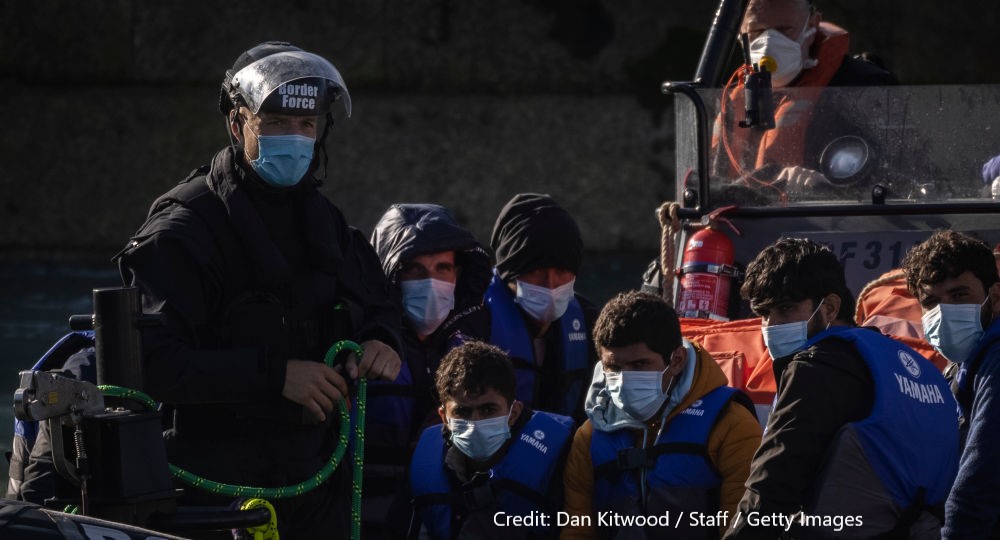 The UK’s withdrawal from the Dublin System and the EU’s Common European Asylum System means that the UK is no longer required to take asylum seekers from EU member states, not even for family reunion reasons. During the entirety of its participation in the Dublin System, the UK did transfer out more people than it received but only by a small margin and with a pronounced trend of being a net recipient under the system since 2016.

On the surface, this seems to be in line with the government’s ‘more control of our borders’ discourse, and the expectation was that this withdrawal will lead to lower numbers of asylum seekers. Likewise, the new Nationality and Borders Bill will make the rejection of an application easier based on the consideration of whether an asylum seeker could have applied elsewhere (see the chapters by Steve Peers in this report). The bill is currently making its way through Parliament, but it is unlikely to achieve its full border control potential in the absence of a readmission agreement with the UK’s neighbours.

For now, the very opposite effect can be observed, as the UK has seen (as of November 2021), in comparison to 2020, a 20% increase of asylum applications, with the Channel crossings becoming the main route, as three times more people crossed the Channel in small boats.

So this is where the catch-22 becomes apparent. Being outside the Dublin System means that while the UK is no longer required to accept transfers of asylum seekers from EU member states, the EU member states are not required to take asylum seekers from the UK either. But the UK is still bound to consider asylum applications by the UN Refugee Convention. This adds another layer of desirability to the UK as a destination for asylum seekers, on top of the usual ones – its high level of economic development, the English language, colonial ties, family networks, and so on. The UK is a safe and developed state, bound by international law to consider asylum applications, but unable to to transfer applicants back to an EU member state they have entered or transited, as it could do when it was in the Dublin System.

In the absence of the Dublin System and of any replacement readmission agreement with the EU, the UK has very limited ability to send asylum seekers back, which is exactly what makes it a last resort for many of these persons. Some of those attempting the dangerous Channel crossings are desperate to join family members in a context in which the Dublin family reunion is no longer available.

Moreover, as L’Auberge Des Migrants, an NGO working on the French coast explains, some of those attempting to cross the Channel have had their applications rejected under the Dublin System and see the UK as a last resort, as it is a country outside this system with no readmission agreement.

This lack of a readmission agreement is one of the legal vacuums that resulted from Brexit. The UK tried to replace some aspects of the Dublin System and tabled some proposals for readmission, but the EU proposals did not include the matter. Instead, the UK announced its intention to go the bilateral route, and to look into individual agreements with the most concerned EU member states.

And this is where the UK miscalculated. In July 2021, the UK and France issued a joint statement on the UK’s commitment to contribute €62.7 million in 2021/22 to ‘help France expand its enforcement and technological capabilities’, reaffirming that the UK and France support the idea of a UK-EU readmission agreement.

France participated in the bilateral deal only up to a point, however. Because it is not only the border with France (or Belgium, or the Netherlands), but the border with the EU and the Dublin System that is at stake now, a readmission agreement cannot be the sole responsibility of either and any of these countries, a point that France recently reiterated.

At the now infamous emergency meeting in Calais from which the UK Home Secretary Priti Patel was uninvited, the Interior Minister of France Gérald Darmanin insisted that what France wants is ‘a balanced agreement that offers real solutions to French and European problems’ and not a unilateral agreement. Moreover, he highlighted that it would be a much needed agreement because these aspects were not negotiated during Brexit.

EU member states have rarely seen eye to eye on asylum, and one has only to remember the 2015 crisis. Reinforcing police cooperation seems to be an easier agreement to find than the relocation quotas for persons in needs of protection, hence the Calais joint statement on dismantling smuggling networks. Darmanin made it a point to declare that the meeting was not ‘anti-British’ but ‘pro-European’. However, Brexit and such legal vacuums might just be the perfect opportunity for the EU to display a unified front against the UK.

Most borders have one state on each side. On this occasion, the EU seems determined to show that this one has one on one side and all the Dublin System participants on the other. Once again: this means that a readmission agreement is rendered both necessary and difficult by Brexit.

By Cristina Juverdeanu, Lecturer in Politics and International Studies at the University of Leeds.