Exiting the EU? opportunities and pitfalls for gender mainstreaming 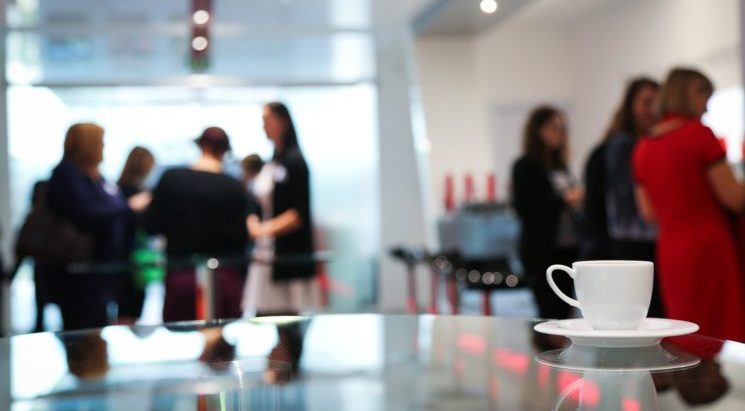 It is nearly a year since the launch of the official EU referendum campaigns, and so this is a good time to reflect on the impact of the process of Brexit on the gender regime in the UK. I have argued before that the sidelining of women’s voices by the official campaigns, by the media and by the mainstream research outlets was indicative of a broader marginalization of concerns about social justice and equality in the political discourse in the run-up referendum vote.

During the Referendum campaign, the only detailed discussion about women’s rights and the impact of Brexit on women coincided with International Women’s Day 2016. A far cry from a meaningful discussion about the EU as a gender actor and/or the nature of the British gender regime, the women’s campaigns only skimmed the surface of what is a complex and multifaceted issue.

Whereas Women In’s message focused on EU employment law and economic risk, Women for Britain evoked the spirit of the suffragettes and drew attention to the issue of the democratic deficit. Both campaigns failed to address the issues at the heart of these debates, which relate to access to the labour market, gender regimes, representation and identity.

This was partly because understanding the impact of Europeanisation on gender equality policies at the national level requires commentators to unpack complex governance structures, and a recognition of the shortcomings of national frameworks for promoting social inclusion. Such an analysis requires nuance – something that was certainly in short supply during the Referendum campaign.

In different ways, both campaigns drew on deeply gendered messages that highlighted the marginal position of women as a constituency in this debate. In so doing, both campaigns crystallised, rather than challenged, gender hierarchies, juxtaposing economic concerns, identity, and sovereignty to social justice and equality.

The outcome of the EU Referendum is a critical juncture for UK social policy and women’s (employment) rights in particular. Whereas the EU has long sought to project an image of a gender actor and a positive force for the rights of women workers in Europe, little was said about the potential impact of Brexit on women’s rights in the UK. The divisive nature of the political discourse during the EU referendum campaign and the marginalization of women’s voices for most of the campaign served to crystallize political binaries.

As political discourse concentrates on safeguarding the “national interest”, issues such as security, migration, and monetary policy take centre-stage, while equality, human rights and social policy become relegated to the bottom of the policy agenda. Nonetheless, the way the government will negotiate the UK’s exit from the EU is fundamental to women’s rights in the UK, as economic, fiscal and trade policies are deeply gendered.

The response to the incoming shock resulting from Brexit is also likely to be gendered. As with the 2008 crisis, failure to carry out an analysis that is sensitive to gender structures will result in policies that have an asymmetrical impact on different demographic groups.

The focus of the public debate during the EU referendum campaign and the government’s opening position on the Brexit negotiations highlight an overarching blindness to how widely the European acquis has become embedded within the British social model. Exiting the EU carries a substantial risk that the interests of traditionally marginal groups (including women), which have hitherto been covered by EU legislation, will now need to be safeguarded in new UK law.

Concerns have been raised about how the implementation of a highly de-regulatory agenda (i.e. removing “red tape”) impact on women’s access to the labour market, and ultimately on equality of outcomes.

Political and policy blindness to gender at critical junctures (like the 2008 financial crisis) has been demonstrated in the failure to include key indicators or carry out gender impact assessment. The marginalisation of women’s organizations further compounds this problem by limiting policy-makers’ exposure to “uncomfortable” analyses.

The Women and Equalities Committee has launched an enquiry looking at the measures required to ensure a strong equality framework after the UK exits the EU.  The committee published its first report on this issue on 28 February 2017. The report and the evidence presented thus far as part of the enquiry highlight the embedded nature of European legislation in the UK.

Specifically, it calls on the government to take steps to ensure the principle of equality is safeguarded throughout the process of exiting the EU. Moreover, evidence based policy and scrutiny of government action for its impact on protected categories are put forward as baseline requirements for safeguarding the equality framework beyond EU membership.

Organised civil society has a key role to play now, as it mobilises to hold the government accountable and keep the issue of equality on the political agenda. Right after the results of the referendum were in, the Fawcett Society launched a challenge, #FaceHerFuture, calling on the government to protect the equality framework and guarantee women’s rights after Brexit.

The challenge specifically asks key actors to ensure that gender equality is one of the government’s considerations during the forthcoming negotiations. This campaign is supported by a review of current legislation.

This action will provide important evidence as to the impact of Brexit on different demographic groups. It is the beginning of a detailed assessment of the European footprint in the British equality framework. Understanding how the process of exiting the EU will shape the UK gender regime will be a long term project. However, the government’s focus on de-regulation and trade

The Women’s Equality Party has also mobilised on this issue following the outcome of the referendum. Alongside the Greens, the WEP tabled an amendment to the Government’s Brexit Bill, demanding that women’s employment rights be safeguarded during and after this process. Organised civil society is clearly starting to organise on this issue and is finding some support in Parliament, especially in the Women and Equality Committee. This marks the beginning of a counter discourse on Brexit and its impact on women.

This push to ensure gender equality is particularly important at the moment. The government’s silence on the issue of equality in the context of on-going parliamentary debates and EU level negotiations highlights an enduring bias in the way political institutions engage with women as citizens and subjects of policy.

This silence has been normalized by the failure of most academic voices to include women’s perspectives, beyond inclusion as a variable in on-going analysis of Brexit. Ultimately, this “omission” further alienates women as political and economic actors, as well as citizens.

Beyond the fundamental question about representation of diverse interests at this critical juncture, failing to include a gender sensitive analysis will miss what might be lost or achieved at the time of Brexit.