Expectations of the German presidency of the EU are overblown 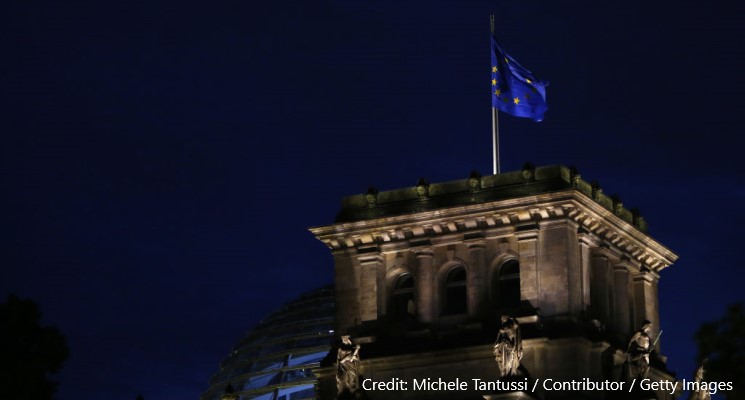 Germany has taken over the presidency of the EU Council – the institution in which member state governments meet – until the end of the year.

The presidency, along with its secretariat, drives forward the business of the Council, and representatives of the country holding the presidency chair meetings and broker compromise.

This presidency coincides with several important deadlines: the next EU budget needs to be agreed by the end of the year; this needs to come alongside agreement on a Covid-19 recovery fund; and negotiations with the UK have to be completed by around October.

This has led many to dub the presidency crucial for the EU’s future.

The Guardian, for instance, said, ‘Europe’s largest and most powerful nation can provide necessary leadership amid daunting challenges.’ The Irish Times said of German Chancellor Angela Merkel, ‘the EU can draw one last time on Europe’s safest pair of hands.’

Yet it is far from obvious that this presidency is all that important in itself. After all, whoever held it at this time would have been expected, as a baseline, to facilitate agreement on the budget, recovery fund and negotiations with the UK. The fact they fall in the German presidency is coincidence.

Plus, all presidencies face similar constraints in that they are relatively short (just six months) and the EU agenda is diverse and unwieldy. There is rarely an achievement that can be attributed to a single presidency alone.

Berlin’s role over the next six months is not to try to strong-arm its colleagues but to act as a dispassionate broker between member state interests. If anything, the presidency should mean that Germany is more reticent than usual, not the reverse.

Yet neutrality is a pretence that cannot be maintained on arguably the biggest issue: the Covid-19 recovery fund.

Germany has set out its stall in a joint Franco-German proposal for €500bn in grants to member states, financed by common debt – a proposal strongly resisted by the Frugal Four member states (Austria, Denmark, the Netherlands and Sweden).

This proposal has been described by the German finance minister Heiko Maas as “revolutionary progress” – hardly a modest, impartial appraisal. If anything, the German presidency is vulnerable to accusations that it is parti pris on the recovery fund and poorly positioned to mediate.

On Brexit, there appears an almost unquestioning assumption by the likes of Conservative MP David Jones – a deputy chair of the European Research Group – that a German presidency is good news for the UK and for progress in the talks more widely.

Yet, the presidency is not there to push member states to a more UK-friendly position. Germany has been one of the most active in encouraging unity among the 27 and that will continue to be the priority.

In any case, the real influence in a presidency is not necessarily what initiatives are concluded – these are almost always the result of multiple presidencies and the work of other institutions, especially the Commission – but what is excluded from the agenda and the priorities that are further advanced.

Take the Bratislava Declaration from just after the Brexit referendum. This was EU leaders’ best attempt so far to set strategic priorities, and they agreed three big ticket items: migration and external borders; internal and external security; and economic and social development.

Of these, only economic concerns can credibly be said to be at the forefront under this presidency.

And the German presidency marks the start of the next trio of presidencies (alongside Portugal and Slovenia), whose common platform will be the focus of the next 18 months, not just the next six. The securocratic features of the EU policy agenda have been side-lined.

Yet this trio is advancing the two lodestars of the EU policy agenda: digital transition and climate change. The Commission and German government are in lock step in wanting to facilitate a green and digital transition at the same time as economic recovery.

As senior EU commissioner Margrethe Vestager said recently, “Why would you rebuild the old world when we wanted a new one?” This chimes strongly with the ‘future-friendly Germany’ envisaged in that government’s Covid-19 recovery package, focused on energy transition and sustainable transport.

Will this be a transformative presidency? In truth, few are.

At a minimum, it should facilitate agreement on the three big issues of the EU budget, recovery fund and an agreement with the UK. That may be a worthy legacy for the German Chancellor Angela Merkel who has already made a big move in reaching the Franco-German proposal on a recovery fund.

For the presidency itself, it is more a matter of steering the good ship EU on a course already set before it took over.

By Matt Bevington, public policy and foreign affairs analyst at The UK in a Changing Europe.