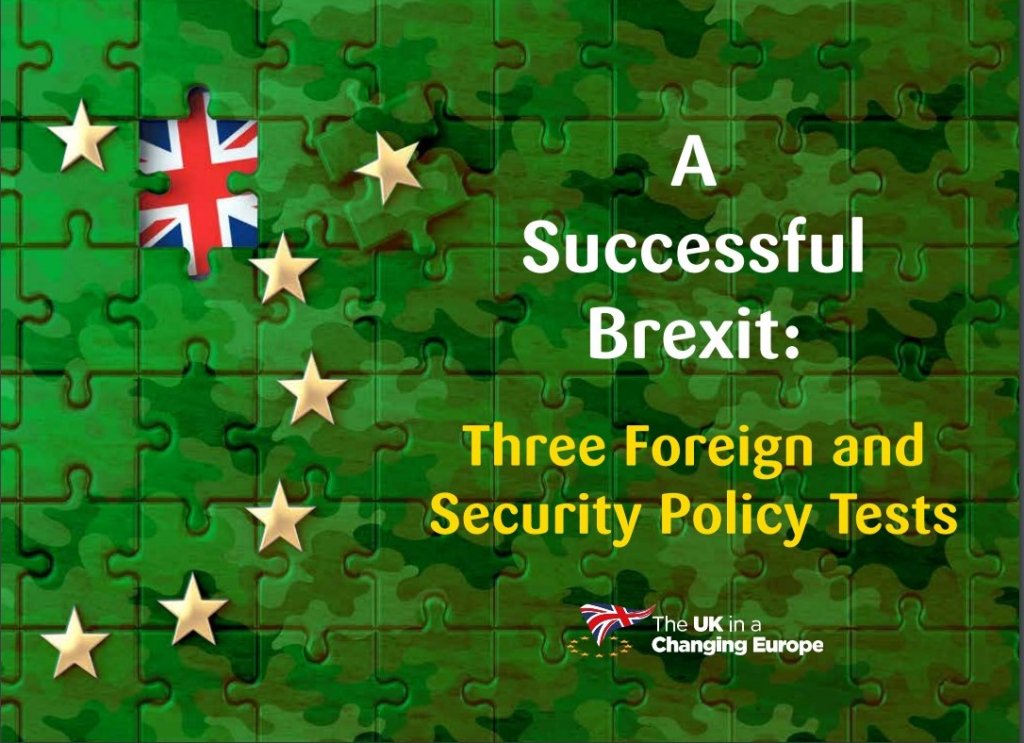 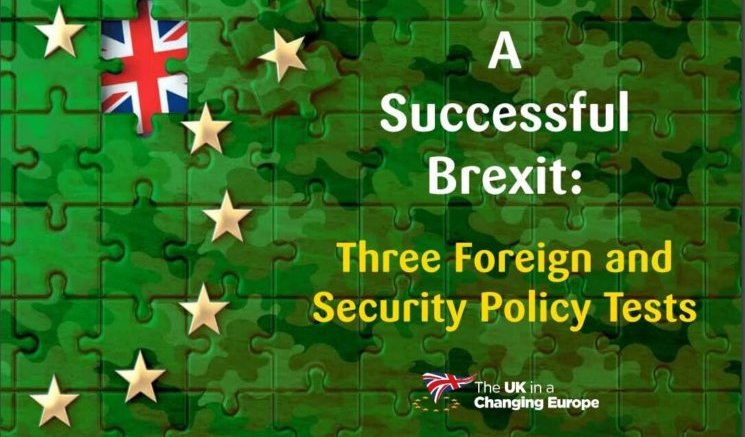 Experts have devised three objective tests to determine the impact of Brexit on the UK’s foreign and security policies.

The report, ‘A successful Brexit: three foreign and security policy tests’ from academic group The UK in a Changing Europe, provides a framework for assessing what Brexit might mean for the UK’s international role.

Tom Tugendhat MP, Chairman of the House of Commons Foreign Affairs Committee, will be launching the report at 12.30pm on Monday 26 February at 14 Great College Street, Westminster, London.

The purpose of the report, as with ‘A successful Brexit: four economic tests’ (published by the UK in a Changing Europe in January 2017) is to help understand the ways in which Brexit might impact on the UK. Leaving the EU will have an effect on British foreign and security policies. These tests provide a framework for understanding the nature of that effect.

Much of the current debate about Brexit is focussed on politics and process. As the date of Britain’s departure approaches, it is important that the tools exist to allow us to assess what Brexit has meant for Britain.

The tests draw on the key themes that emerged during the EU referendum campaign.

The three criteria relate to:

The report outlines how Brexit might impact on the UK’s security in areas such as terrorism and organised crime, border security, cyber-security, Northern Ireland and rising powers.

For instance, the UK has one of the more advanced cyber security systems in Europe and devotes substantial resources to keeping pace with rapidly changing threats. The ability of the UK to counter cyber security threats is partly dependent on regular data exchange between UK authorities and private companies, including those in the EU. These exchanges could be put at risk if the EU does not regard the UK as a safe recipient of sensitive personal data.

An assessment of Brexit’s effect on the UK’s international influence would look at issues such as: resources, and Britain’s role and position in NATO and in the European neighbourhood. For example, leaving the EU could mean the UK is more independent in its foreign policy; it may also mean it is less able to coordinate its response to local challenges with EU states.

Looking at four key areas – security, foreign policy, defence and global governance. The report looks at whether the UK will increase its ability to take its own decisions on foreign and security policy post-Brexit.

It notes that Brexit may require policy makers to define a more strategic and coherent approach to world politics than they have had to do since accession in 1973.

One of the report’s authors, Professor Anand Menon, director of The UK in a Changing Europe, said: “We all have a stake in making a success of Brexit but there need to be clear, evidence based ways of assessing its impact. This report takes the first step in providing these.”

This report was written by Malcolm Chalmers from RUSI, Camilla Macdonald, Anand Menon from The UK in a Changing Europe, Luigi Scazzieri from Centre for European Reform and Professor Richard Whitman from University of Kent.