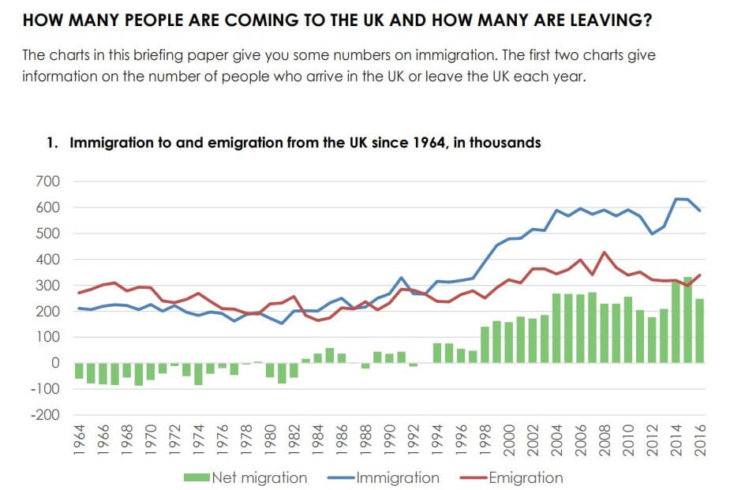 How many people are coming to the UK and how many are leaving?

The charts in this briefing paper give you some numbers on immigration. The first two charts give information on the number of people who arrive in the UK or leave the UK each year.

This chart shows where people moving to or from the UK are originally from. Some of them are British citizens, others are citizens of EU countries other than the UK, and others still are from outside the EU. Numbers greater than 0 mean more people are arriving than leaving. Numbers below 0 mean more people are leaving than arriving. The numbers show that, except for one year in the 1980s, more British citizens have left the UK than have come in. The opposite is true for people who are not British citizens.
There have been more non-EU immigrants than EU immigrants every year.
Source: Office of National Statistics 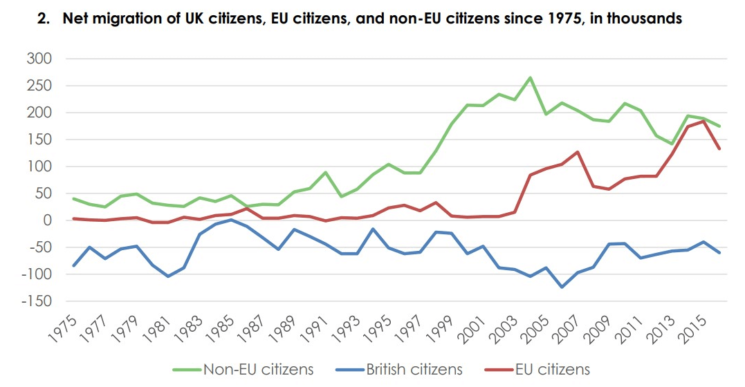 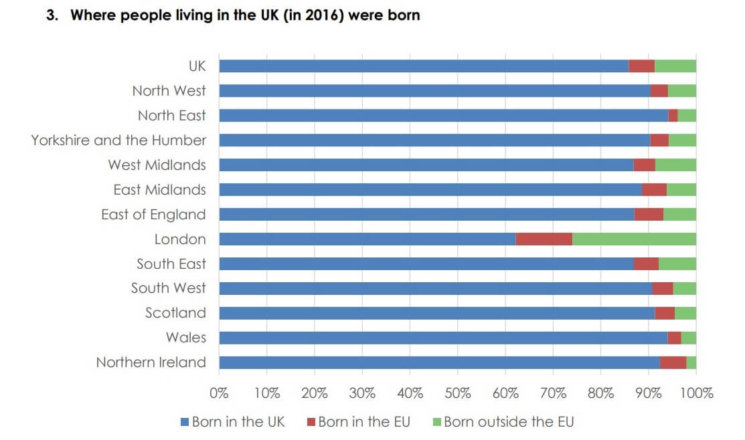 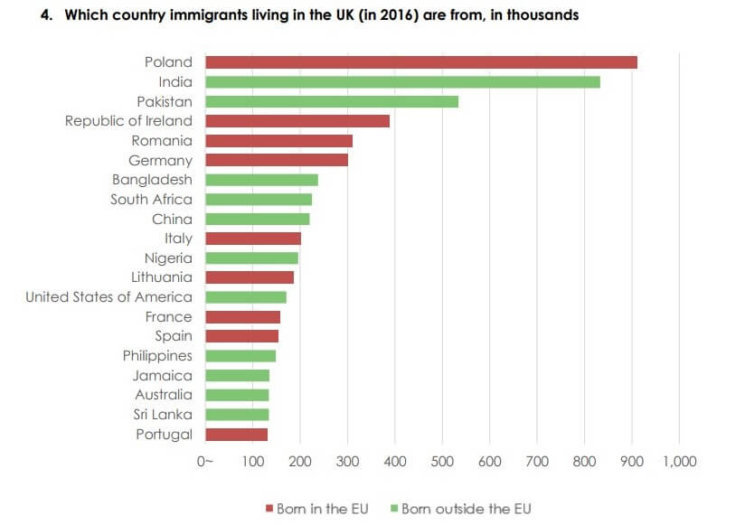 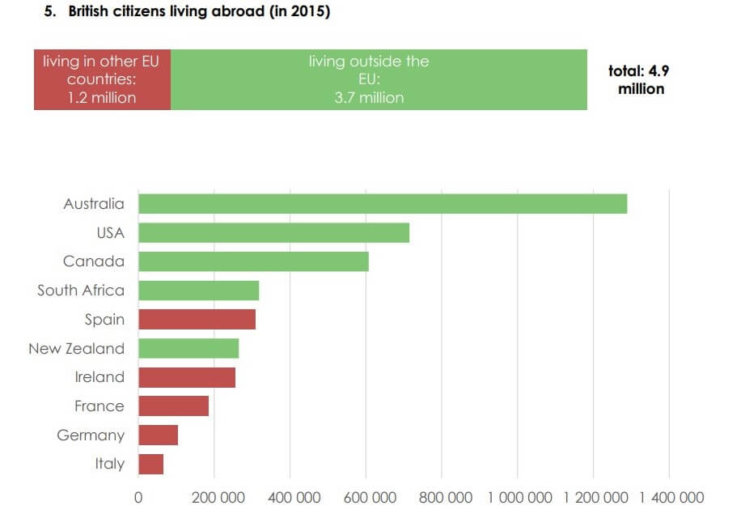 These charts give information on UK citizens who live outside the UK. The UK government doesn’t collect this information, so these are estimates by the United Nations. The estimates are for the year 2015. The chart at the top of the page shows that an estimated 4.9 million British citizens live outside the UK. About 1.2 million of these live in EU countries. The second chart shows the top ten countries in which UK citizens live. The largest number of UK citizens – over 1.2 million – live in Australia. The most popular EU country for UK citizens is Spain. There are over 300,000 UK citizens living in Spain. Source: United Nations Population Division.