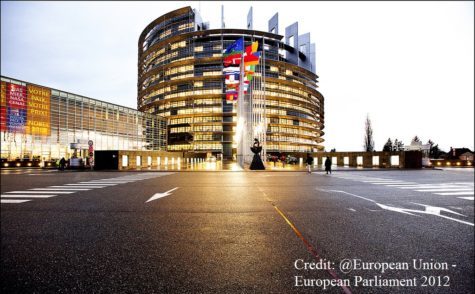 Much of the referendum campaign has focused on the practical consequences of the UK leaving the European Union, such as whether we would be richer or poorer following a Brexit. But EU membership is also important because it affects the way in which political decisions are made.

The choice on 23 June is not only about whether the UK would be better off inside or outside the EU. It is also a question about how the country should be governed: who should make decisions, how should they be appointed, and how can we make sure the views of British citizens are represented?

When answering these questions, we usually focus on whether the EU is democratic and how EU membership affects the control the UK government has over important policy areas. Unsurprisingly, both sides of the referendum campaign have expressed very different views on what EU membership means for these issues.

What do we mean by democracy and sovereignty?

There is widespread agreement in the UK that political decisions should be made in a democratic way. But the term ‘democracy’ can mean different things to different people. In Britain, we often think of democracy in terms of representation. We have an elected parliament where we appoint MPs to make decisions on our behalf.

In international organisations, such as the European Union and the United Nations, this picture becomes more complex. International agreements are usually negotiated by governments, who act on behalf of their citizens in discussions. These agreements are important for tackling global problems like climate change. But they are also negotiated at a greater distance from ordinary voters and this raises a new set of democratic challenges in ensuring citizens can make their voices heard.

International decision-making also has an impact on how countries control their own affairs. The term we often use to describe this is ‘sovereignty’. This simply means that for a country to be ‘sovereign’ it should be able to control the big decisions that affect the lives of its citizens. Some people see international organisations as having a negative effect on sovereignty if they mean a country has to implement agreements it would not have otherwise supported. But international organisations can also have a positive effect on sovereignty if they allow a country to have a greater say over decisions that affect its interests.

How does the EU affect democracy and sovereignty?

Fundamentally, the EU is a way for countries to cooperate with each other and reach joint decisions. There are advantages to this type of cooperation. If the EU agrees on a shared set of rules for trade, for instance, then it becomes easier for businesses to sell their products in other EU countries. But the disadvantage is that countries might not always agree on the best way forward and some may have to accept rules they disagree with.

Most of the important EU decisions are made by national governments sitting around a table and negotiating an agreement. In many cases the European Parliament, which is elected by citizens in European elections every five years, also has to agree to a decision before it comes into force. This is intended to give EU citizens direct representation in decision-making.

What do the leave campaign say?

Many leave campaigners have argued that the way the EU makes decisions is undemocratic. They claim that the Commission has too much of a say over how decisions are made, that national governments often make important decisions behind closed doors, and that the European Parliament is too weak to provide real democratic legitimacy. This is a particular problem given that many British citizens do not turn out to vote in European elections.

More broadly they suggest that too many important issues are now decided in the EU’s institutions and they think that these powers should stay in Westminster. They have highlighted cases where the British government has had to accept EU laws which it opposed and they argue that these cases mean the UK has lost control over key issues that affect British citizens.

Some campaigners also criticise the Commission’s power to monitor compliance with agreements and the role of the European Court of Justice, which assesses how EU law is being applied. Ultimately they believe that the best way for the UK to have full control over its affairs is to leave the EU.

What do the remain campaign say?

The remain campaign have argued that the only way for British citizens to be represented in important decisions that affect them is to be part of the European Union. They highlight that EU decisions on important issues, such as the rules that govern trade in Europe, efforts to combat terrorism, foreign policy, and shared problems like climate change, will continue to affect the UK even if it leaves the European Union. They believe that keeping the UK’s seat at the table in the EU gives the country a stronger voice over these issues, by shaping the policy of the EU as a whole. They argue that, by acting through the EU, the UK can leverage and increase its power.

Some of those campaigning for a remain vote have also emphasised that the UK has veto power over many controversial areas, which protects the country’s sovereignty. This includes the euro, where the UK has opted out of taking part, the Schengen Agreement on border controls, and most areas of foreign policy cooperation. Moreover, the UK can stop new members from joining the EU. Thus, the remain camp states that most of the big decisions affecting people’s lives are still made in Westminster and that the limited areas where the EU does have powers are necessary to enable fair trade across Europe.