Brexit in the city 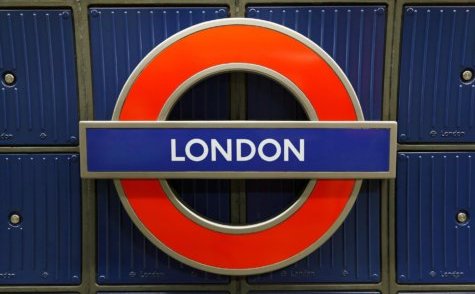 We can think of the City’s activities in terms of three broad areas: the provision of banking, asset management, insurance and investment services; the operation of market infrastructure (particularly clearing houses); and the more niche work of hedge fund management. All three face varying degrees of risk from Brexit, but it is the potentially deep impact on the first – and the knock-on effect that might have on the broader UK economy – which is perhaps the most worrying.

To a large extent the sector’s future depends on the continuation of ‘passporting’ – a word which has been on the lips of many bankers, and some politicians, since June’s referendum. Simply put, the system of passporting means that once a firm is licenced and regulated in one EU state, it is able to conduct business in others without needing further paperwork.

It also means that banks from ‘third countries’ – those outside the EU – can establish a subsidiary in one location and then use that as a base from which to operate across the single market, rather than having to maintain a network of separate branches in each country. This is hugely advantageous, as it eliminates the headache involved with maintaining several authorisations and several regulatory relationships.

Many third-country firms (from countries such as the US, Japan, South Africa, Switzerland and China) have chosen to make London their European outpost. This allows them to take advantage of a range of competitive advantages London holds over other locations – including a stable and generally cooperative regulatory atmosphere, its time zone, language, and the range of complementary business services it hosts. A recent report by the Financial Times, using data from the Financial Conduct Authority, found that there are 5,500 firms registered in the UK using passports to access the European market. 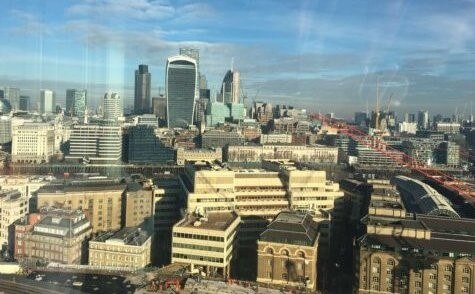 It is now widely assumed that the UK will lose its passporting rights as a result of Brexit. The impact this might have on the City, and on the UK economy more broadly, are obviously contingent and highly uncertain – but we can outline the possibilities.

First, it’s possible that UK-based third-country banks will shift their European bases to new subsidiaries located somewhere on the mainland; depending on the residual involvement in British markets, they may actually decide to withdraw from London altogether.

Similarly, British banks will face a range of options: they could scale back their European business and concentrate on domestic markets, and those outside the EU, to make up for lost revenue; or they could look to maintain their European business by opening subsidiaries in continental financial centres. There are reports of UK banks reassuring stakeholders by outlining plans to strengthen their existing subsidiaries in the remaining EU.

Several European cities are hoping to gain from such a shift, most obviously Frankfurt and Paris, but others such Amsterdam, Dublin, Luxembourg, Milan and even Warsaw are hoping to lure financial sector jobs from London. But many of these cities lack the pool of local talent and complementary infrastructure – particularly legal and technological – that London can offer. 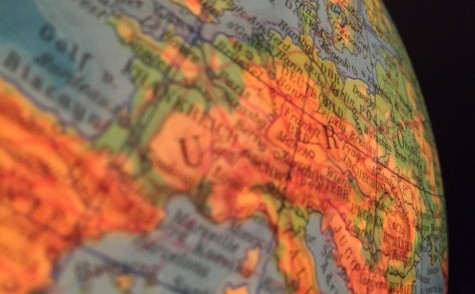 Departures such as these could mean a loss of both jobs and tax revenue. The UK financial sector and the related professional services sectors employ 2.2 million people: some of these are highly-paid traders, bankers, accountants and lawyers, but the sector also employs many more people in lower paid jobs.

Two-thirds of them are based outside London, for example in off-site processing centres from Southampton to Birmingham to Newcastle. These workers will also be vulnerable, as will the shops, restaurants and other services where those working in financial and business services spend their income.  Similarly, the Treasury’s tax take from the sector will fall – and that poses a significant threat to the UK’s fiscal position since the financial sector contributed around £66bn to tax receipts in 2014-15. 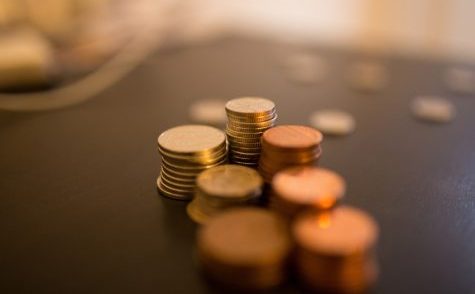 On the other hand, a loss of passporting rights need not be disastrous for the City. To understand why we need to step back briefly and examine the development of European financial regulation. The system of passporting has developed over decades, and rests on the principle of mutual recognition among national regulators.

In the past, regulators had to ascertain whether each other’s prudential and conduct-of-business rules were equivalent; having done so, they could delegate the oversight of cross-border financial services firms. More recently, the task has been made easier as many of these rules have been harmonised under a growing body of EU legislation.

Thus, banking is covered under the Fourth Capital Requirements Directive and the Capital Requirements Regulation (CRDIV/CRR); the provision of investment services under the Markets in Financial Instruments Directive (MiFID); and asset management under the UCITS and Alternative Investment Fund Management Directives (AIFMD). There is also a set of European umbrella bodies – one each for banking, securities and insurance – which work to coordinate activity among national regulators.

The equivalence at the heart of this system offers some hope for the City’s continued access to European financial markets. The EU can judge the regulatory regimes of third countries to be equivalent to its own, and thus allow their firms access to European markets. The US, Australia, Canada, Switzerland and Bermuda have already been granted this status for certain areas of business – notably over-the-counter derivatives and insurance.

On leaving the EU the UK will become one of these ‘third countries’, and if its regulatory regime is deemed equivalent British firms could continue to trade in the EU. Importantly, this arrangement would also allow current third-country firms (those from countries outside the EU with a subsidiary based in London) to remain in situ, and to market their services to clients inside the EU – which in turn would reduce the need to relocate onto the mainland.

But there are uncertainties and difficulties here. First, equivalence is nowhere near as uniform as passporting. For example, the Markets in Financial Instruments Directive is set to be replaced in January 2018 (with MiFID II), and the current draft includes a provision for the mutual recognition of third countries’ regulatory regimes.

However, this benefit only covers certain aspects of business, so third-country firms based in London would have to effectively split their European activities between a subsidiary in London selling investment services to institutional clients in Europe (under a MiFID II passport) and a separate branch on the mainland offering such services to the public. As their networks expand in this way, the economies of scale the firms have realised by maintaining a single hub in London would be eroded, bringing higher costs and operational risk. Worse, equivalence can be revoked at only 30 days’ notice, making medium- and long-term business planning difficult.

Similarly, there are no provisions for third-country access based on equivalence in the legislation covering asset management (AIFMD and UCITS). However, this is arguably less of a concern for British firms operating in this area (and for UK-based third-country firms), since many already maintain entities in London and in mainland Europe (and so the split structures are already in place). For the City, and perhaps also for the Treasury, most troubling is the fact that none of this offers any hope to London’s banks, as there is no mention of equivalence at all in the main banking legislation (CRDIV/CRR). 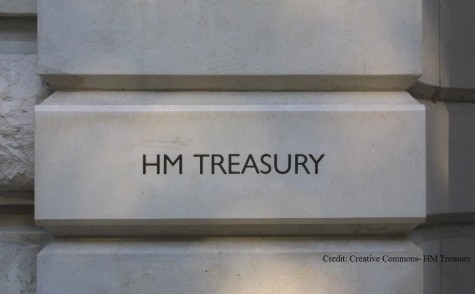 Second, the new arrangement would rest on a decision on the similarity between the regulatory regime in a post-Brexit UK, and that in place in the EU. Judgements are made at the country level, and it is the Commission’s Directorate General for Financial Services which makes the ultimate decision (based on input from the EU’s three sectoral regulators).

Although this is meant to be a purely technical exercise, if the UK government used the opportunity of Brexit to roll back parts of the legislation it has never liked (such as the bonus cap) then European regulators could conceivably question the extent of equivalence.

And of course, in order to maintain its equivalence, the UK would also have to adopt, in a fairly faithful and complete manner, any future updates issued by the EU to its body of financial legislation. This may pose political difficulties for the government, since the Leave campaign had such a strong focus on ‘taking back control’.

So what are the options?

One possibility would be to push for equivalence to be added into the next iteration of the banking legislation (CRDV) – the early drafts of which were tabled in late 2016. However, this would essentially mean the UK using its leverage to try and steer the path of a major piece of EU legislation, at the same time as negotiating Brexit. This seems implausible.

At the other end of the spectrum lies the ‘plain equivalence’ option. Essentially, this would see the City carry on with the equivalence arrangements as they are now, and making necessary adjustments to the way banking business is organised (or, more specifically, where it is based).

This might entail some banks moving to mainland Europe; but, given the richness of the ecosystem which supports London’s financial sector (everything from associated professional services to posh restaurants and schools), it’s unlikely that there will be the mass exodus some are predicting.

In fact, the most likely outcome seems to be the ‘equivalence plus’ option. Mutual recognition would apply where it already does, or where it is already enshrined in existing legislation, and above that the UK would push for a bespoke, sector-specific deal to cover the needs of the banking sector.

There is good reason to believe this could happen: Switzerland, after all, has a string of such deals. Furthermore, the EU arguably needs London just as much as London needs access to European markets; adding unnecessary complexity to its financial markets would raise borrowing costs for European consumers and firms.

Cutting through all of this is the need to get at least the basics pinned down soon. Banks’ profit margins have been slim since the financial , and they are under pressure from their shareholders to generate returns. In the current mood however, with government focus predominantly on migration and trade, banks may be unwilling to wait for Brexit negotiations to conclude before acting.

Instead, banks may judge that they have limited leverage on the negotiation so will act pre-emptively to secure competitive advantage by implementing their own Brexit-proof future structures. Indeed, there are signs that this is already under way, with firms such as Lloyds and Barclays formalising plans to shift staff out of London.