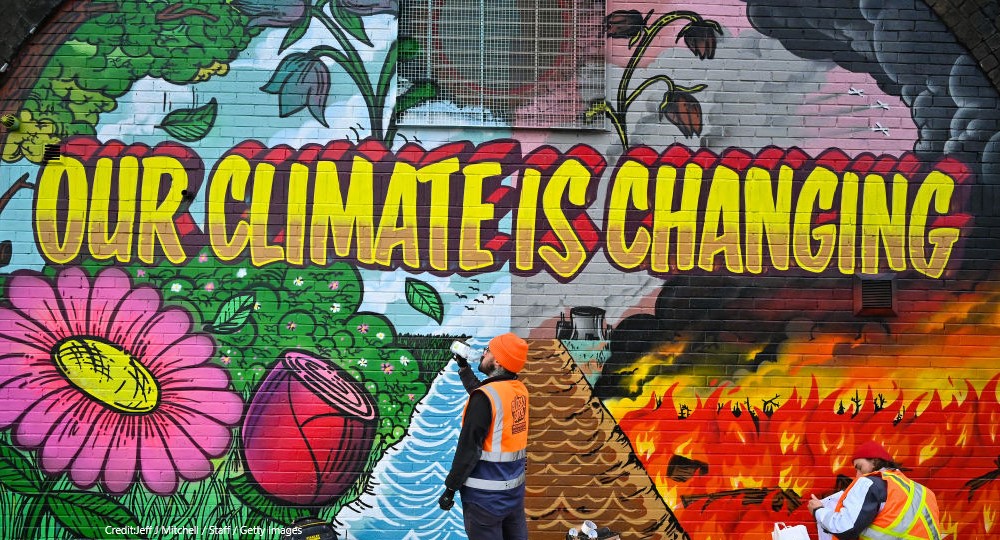 The United Nations climate conference, COP26, will take place in Glasgow from 31 October to 12 November 2021.

The United Kingdom holds the Presidency of the conference, in partnership with Italy, meaning it is responsible for the staging of the talks. Alok Sharma MP is the President.

We explain what a Conference of the Parties is, why it matters, and what to expect from this year’s summit. 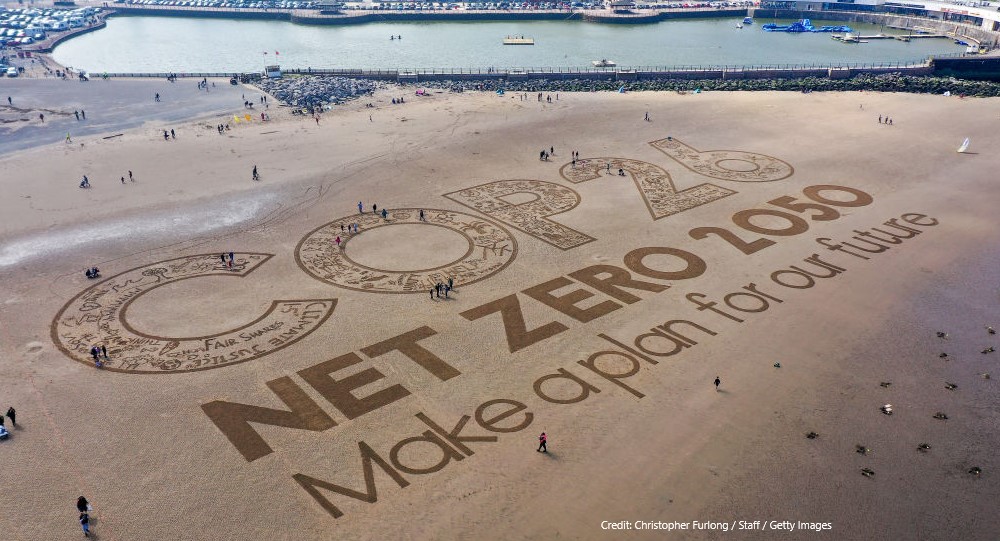 What is a COP?

COP stands for ‘Conference of the Parties’ and is an annual United Nations summit bringing together most of the nations of the world to discuss how to mitigate climate change and adapt to its consequences.

COPs are attended by all countries which are party to the United Nations Framework Convention on Climate Change (UNFCCC) – a 1992 treaty committing signatories to the aim of preventing ‘dangerous’ human ‘interference with the climate system’.

The summits involve intensive talks between these countries to try to agree new initiatives and targets designed to mitigate and limit the effects of climate change.

Many proposals and discussions are made in the build-up, with COP being the moment to hammer out explicit commitments. They are attended by political leaders and official negotiators, as well as members of civil society, businesses and other international organisations.

What has been achieved at previous COPs?

One of the first notable achievements of a COP was the adoption of the Kyoto Protocol at COP3 in Kyoto in 1997 (although it only came into force in 2005).

The Protocol committed 37 industrialised countries and economies to develop targets for reducing their greenhouse gas emissions. The average target was a five percent reduction in emissions compared to 1990 levels, over the 2008-2012 period. These targets were then updated at COP18 in Doha.

The most notable COP of recent times was COP21 which took place in Paris in 2015, and led to the Paris Agreement. This agreement defines how countries now talk about and pursue their carbon emissions reductions.

The Paris Agreement is a legally binding treaty which commits 192 parties to keeping global warming ‘well below’ two degrees Celsius and to further ‘endeavour to limit’ it to 1.5 degrees, compared to pre-industrial levels.

It rests on states making ‘nationally determined contributions’ (NDCs) where they commit to specific emissions reductions targets (to be upgraded every five years), alongside the actions they will take to support this. 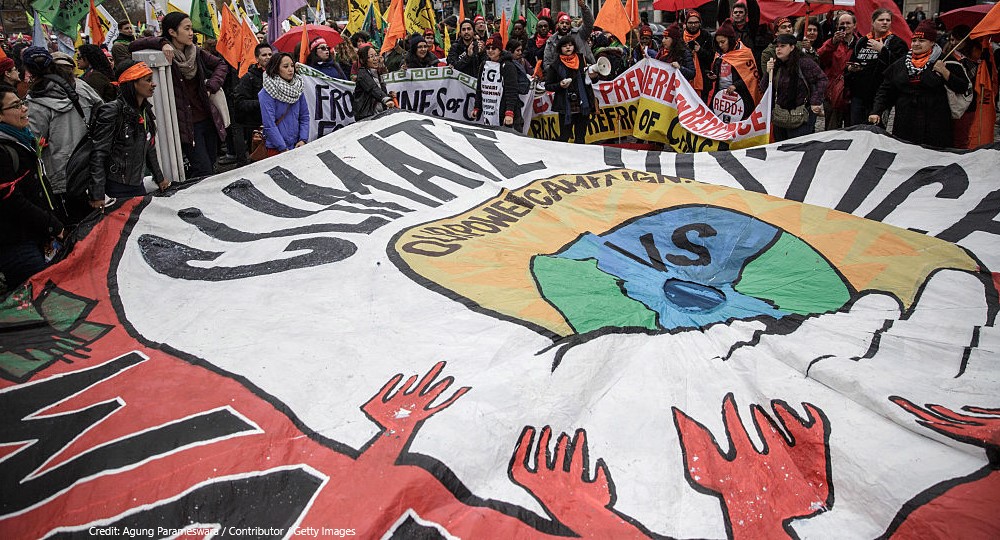 Why does this COP matter?

Under the terms of the Paris Agreement, every five years the signatories are expected to submit increasingly ambitious NDCs. COP26 – originally scheduled for 2020 – is now the occasion when those are due.

The NDCs committed to in the year following COP21 were estimated to mean that the world was on track for more than three degrees of warming – so much bigger emissions reductions are needed to meet the 1.5 degrees target.

What promises have countries made in the build up?

Many countries have announced new or renewed NDC pledges. Last December the UK announced a revised NDC of a 68% reduction in emissions by 2030, and more recently accepted recommendations to legally enshrine a target to reduce emissions by 78% by 2035.

Australia’s latest plan is 30-35% by 2030, which is below the necessary trajectory and details of how it will be achieved have not been released.

China is yet to submit a new NDC. Last year it  proposed a new target of reaching net zero by 2060, with peak emissions with 2030, but this is considered insufficient for meeting the goals of the Paris Agreement.

Other major emitters yet to submit a new or increased NDC pledges include Brazil, India, Indonesia, Mexico, Russia and Saudi Arabia.

The US and EU have also made a joint pledge to reduce global methane emissions by at least 30% by 2030, compared to 2020 levels. Achieving the pledge would be estimated to reduce global warming by 0.2 degrees by 2050. 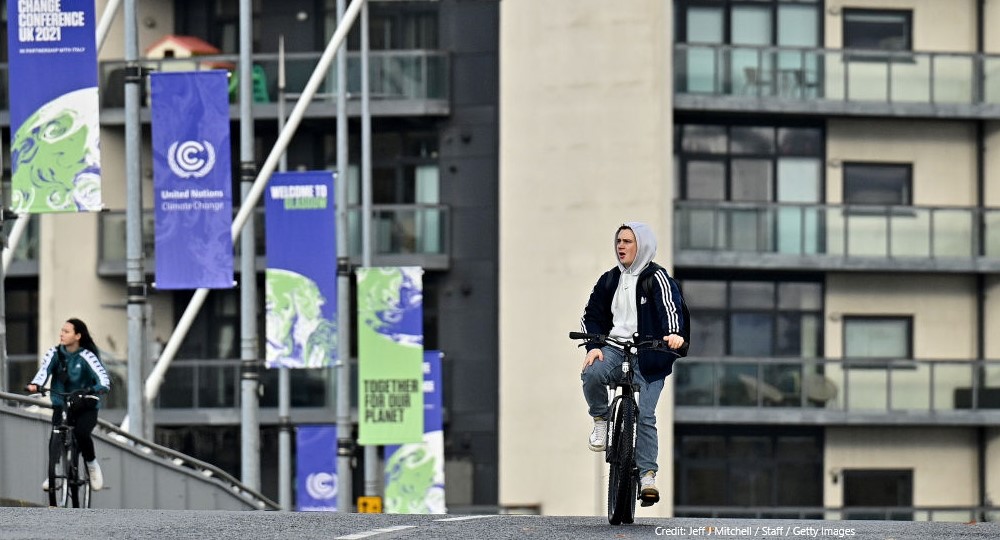 What are the main objectives for the summit?

The UK government has set four priorities for this conference – progress on coal, cars, cash and trees.

On coal, it wants to see a phasing-out of existing coal power stations and no new ones being developed. The proposed end date is 2030 for developed nations and 2040 for developing ones.

South Korea, Japan and (slightly later) China have all announced they will stop financing coal-fired power stations overseas. Between them the three nations are responsible for 95% of foreign coal financing, although China is still planning to build more coal power stations domestically.

On cars, the government wants to see an end to the use of fossil fuels to power cars. The UK will end the sale of new petrol and diesel cars by 2030 (with all vehicles to be zero emissions capable by 2035) and has called on ‘countries with major car markets’ to follow suit.

“The US recently pledged $11.4 billion per year up to 2024, but this is still not equivalent to its fair share”.

On cash, the government wants to make good on the 2009 pledge by developed countries to deliver $100 billion a year in climate finance to developing nations by 2020, to help them manage the effects of climate change and construct more sustainable economies.

Only $79.6 billion was provided in 2019 and some argue the contribution is far less once you account for interest on loan repayments, and that it captures loans which in some cases are not entirely intended for use on climate-related projects.

On trees, the aim is to put an end to deforestation and also plant more trees, which act as ‘carbon sinks’ which draw carbon out of the earth’s atmosphere. 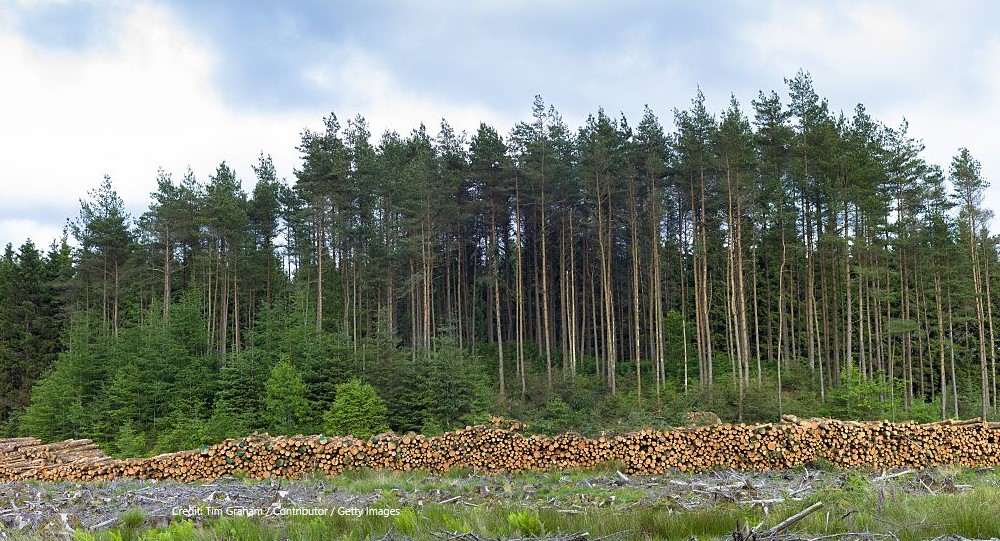 What else will they be discussing?

Two other goals the government has flagged for discussion at the conference are to ‘adapt to protect communities and natural habitats’, and to ‘work together to deliver’.

Working together entails finalising the rules which make the Paris Agreement work (for example, when countries report on progress, when pledge deadlines should be, and how to manage carbon trading) and enabling more collaboration between governments, businesses and civil society.

“The UN, UK and USA have already acknowledged that COP26 will not see sufficient pledges to put the world on track to limit global warming to 1.5 degrees”.

COPs are ultimately about political leadership, and a lot of attention focuses on which leaders will be in the room.

At this year’s conference, US President Biden and EU leader Ursula von der Leyen will be attending, but notable absentees are likely to be China’s President Xi Jinping (who is not expected to attend) and Russia’s President Vladimir Putin (who has confirmed he won’t attend).

India’s Prime Minister Narendra Modi, whose presence was also in doubt, has confirmed he will attend the summit, as has the Australian Prime Minister, Scott Morrison.

Covid-related travel restrictions could make the diplomatic elements of the event more challenging, especially for the world’s poorest nations, which have had very limited access to vaccines so far.

A third of Pacific island states, for example, will not attend the conference due to the quarantine rules they would face upon return, and others will send smaller delegations. The presence of these smaller states, many of them in the frontline of climate change impacts, adds to pressure on the leaders of big emitters to act.

How will people judge whether COP has been a success?

The headline metric COP26 will be judged on is how far we see increased ambition on national NDCs. There needs to be a significant move in trajectory from the current expected 16% reduction in global emissions by 2030, towards the target of 45%, in order to keep warming below 1.5 degrees.

A second key metric will be increased commitments on climate finance, to support developing nations.

Namely, will developed countries make sufficient commitments to meet or exceed the ambitions of the new climate finance plan which expects developing nations to receive $100 billion a year of funding from 2023 to 2025? And can they establish a new climate finance goal for 2025 onwards?

Another issue to watch at this year’s conference is whether nations can finally settle ‘Article 6’ of the Paris Agreement.

“Covid-related travel restrictions could make the diplomatic elements of the event more challenging, especially for the world’s poorest nations, which have had very limited access to vaccines so far”.

However the rules for these mechanisms are yet to be agreed, and this conference could be the moment where that finally happens.

The World Resources Institute says we should also look out for new partnerships or coalitions (this could be public-private, multilateral or regional) which push ‘systemic change’, for example in reducing reliance on coal, oil and gas, greening finance, renewable energy, and preserving forests.

In addition to all this, close attention will be paid to the mood of the summit as a whole. One of the biggest risks is a major power reneging on the terms of the Paris Agreement, or growing discord between countries about the way forward.

For example, COP21 in Paris is generally hailed a success for the ability of states to agree a common ambition for emissions reductions; whereas COP15 in Copenhagen is largely termed a failure after talks collapsed without agreement. 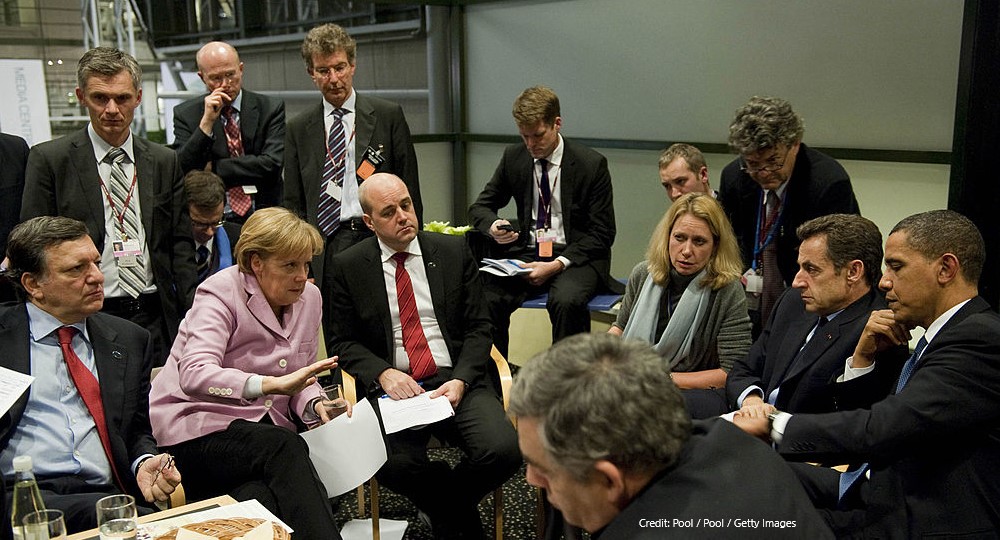 What happens if this COP fails to make sufficient progress?

The UN, UK and USA have already acknowledged that COP26 will not see sufficient pledges to put the world on track to limit global warming to 1.5 degrees, and the UK government has been keen to steer people away from the idea that this conference is a ‘hand of history’ moment where the aims of the Paris Agreement have to be realised at all costs.

Hence the government’s slogan of ‘keep 1.5 alive’, which aims to convey the idea of using COP26 to keep momentum behind the aspirations of the Paris Agreement, through more ambitious pledges which in time could be built on to meet the goal of keeping the world to 1.5 degrees of warming.

Keeping 1.5 alive will thus rely on progress on the measures of success mentioned above, building momentum again to the next conference. Clear plans and new initiatives on climate finance, the phasing out of coal, development of renewables and carbon trading – as well as a good atmosphere among attendees – will all be key.

Those effects get significantly worse the greater the global temperature rise.