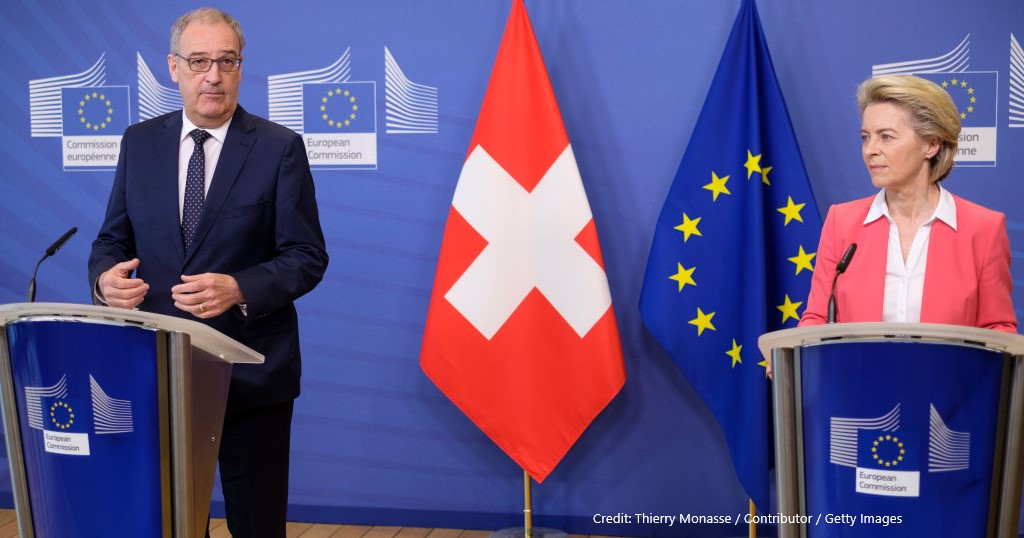 After seven years of negotiations on a framework agreement with the EU, Switzerland announced on 26 May that it would no longer take part in talks, citing ‘substantial differences on central points’.

What was being discussed between the EU and Switzerland?

The goal of EU-Switzerland talks had been to secure a framework agreement that would encompass and upgrade their more than 100 bilateral deals. The two sides began negotiating in 2014, and a draft accord was reached in 2018. Following the conclusion of these negotiations, the Swiss Federal Council decided to consult the public before taking a final position on the agreement. Negotiations then restarted in April this year with Swiss President Guy Parmelin and European Commission President Ursula von der Leyen meeting in Brussels.

The objective of the framework agreement was to set out the conditions of, and provide legal underpinning for, Switzerland’s participation in the EU’s Single Market, including level playing field provisions and a dispute settlement mechanism. It covered five key areas: free movement of persons, mutual recognition of industrial standards, agricultural products, aviation and land transport. In addition, the accord would also cover future market access agreements. 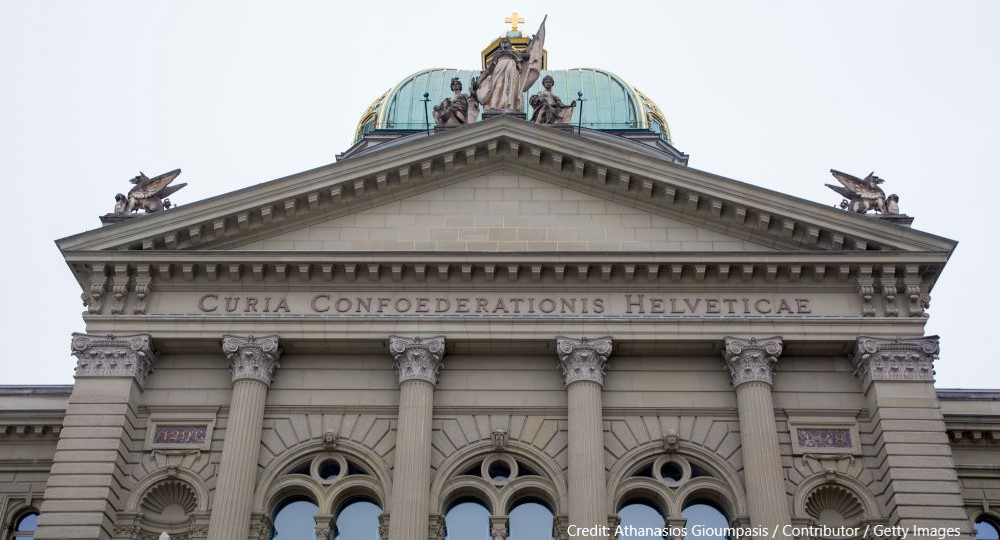 How does that compare with Switzerland’s current relationship with the EU?

Switzerland’s relationship with the EU is governed by over 100 bilateral agreements negotiated over many years. Its starting point is the Free Trade Agreement (FTA) of 1972. Following Switzerland’s rejection of European Economic Area (EEA) membership in 1992, the two sides agreed seven sectoral agreements known as ‘Bilaterals I’ to supplement the 1972 FTA. These ranged from free movement to trade barriers, public procurement to agriculture, and air and land transport. In 2004, another set of bilateral agreements, ‘Bilaterals II’, were agreed to include Switzerland in the Schengen Area and Dublin system to ease travel, improve security cooperation and coordinate asylum policy, amongst other areas of cooperation.

In addition to ‘Bilaterals I & II’, the EU and Switzerland have signed a number of agreements covering Europol (2004), Eurojust (2008), cooperation with the European Defence Agency (2012), cooperation between competition authorities (2013), the European Asylum Support Office (2014) and police cooperation (2019).

While not an EU member state nor a member of the EEA, Switzerland is partially integrated into the Single Market. Switzerland has to dynamically align its legislation with EU law in relevant areas as a condition of maintaining access. Switzerland also makes a financial contribution to ‘help reduce economic and social disparities in the EU’, as do the three EEA members.

The EU hoped that the new framework agreement would modernise the existing bilateral agreements.

What would have changed?

The framework agreement would have set an overarching framework for the Swiss-EU relationship, which could have provided a basis for safeguarding and expanding Swiss access to the Single Market. This would replace the current patchwork of bilateral agreements which set out Swiss Single Market access.

The European Council argued the loose institutional context of these bilateral agreements had hampered legal homogeneity between the EU and Switzerland. While initially sceptical, Switzerland began to address the issue as the EU required these institutional issues be addressed before concluding new agreements on further Swiss access to the Single Market (e.g. on electricity).

However, the new framework agreement would have meant the Swiss signing up to new provisions on a level playing field, dispute resolution and accepting the jurisdiction of the European Court of Justice (ECJ) on all matters related to the interpretation of EU law. Under current bilateral deals, there are no common provisions on dispute settlement or a level playing field.

The EU hoped the framework agreement would remove the risk that existing agreements lapse and ensure that Switzerland stays in line with EU rules in the key areas.

Why did the negotiations fail?

On 26 May, the Swiss Federal Council announced it was ending the negotiations.

Swiss cantons were concerned that their system of providing unrestricted state guarantees to banks would no longer be permitted under EU state aid rules.

On wage protection, Swiss unions and businesses expressed concerns that the framework agreement would lead to ‘wage dumping’. Switzerland seeks to protect its higher wages and working conditions with ‘social flanking measures’, however, the EU wanted to remove these to create a level playing field for competition.

On EU citizens’ access to social security benefits, the Swiss Federal Council has argued that incorporating the 2004 EU’s Citizens’ Rights Directive (CRD) – the EU law giving EEA citizens rights to freedom of movement and residence in all EEA countries – into the existing bilateral Agreement on the Free Movement of Persons (AFMP) would require a total ‘paradigm shift’ in Swiss migration policy. The AFMP sets out basic rules on free movement between Switzerland and the EU, however, this is conditional on possession of a valid employment contract or if self-employed proof of financial independence and full health-insurance coverage. Critics in Switzerland have long expressed concerns that removing these free movement conditions would result in ‘welfare tourism’.

The Swiss Federal Council also rejected the jurisdiction of the ECJ provided for under the proposed framework agreement.

Has Brexit affected these negotiations?

Both the EU and Switzerland have rejected suggestions of parallels between the two negotiation processes. But EU concerns that the UK might seize the Swiss model as an opportunity to ‘cherry pick’ have been highlighted as impacting EU-Switzerland negotiations. Arguably, the EU has taken a tougher stance with Switzerland to avoid similar demands from the UK Government meaning Swiss ‘room for manoeuvre’ has shrunk. The Swiss Ambassador to the UK, Alexandre Fasel, described this as an EU desire for a ‘consistent way’ across both negotiations processes.

That the UK avoided the ‘Ukraine mechanism’ – the mandatory requirement for ECJ involvement included in the EU’s association agreements with its eastern neighbours such as Ukraine – in its Trade and Cooperation Agreement with the EU has resulted in ‘Brexit envy’ in Switzerland. The ‘Ukraine mechanism’ has remained part of the proposed EU-Switzerland framework agreement. 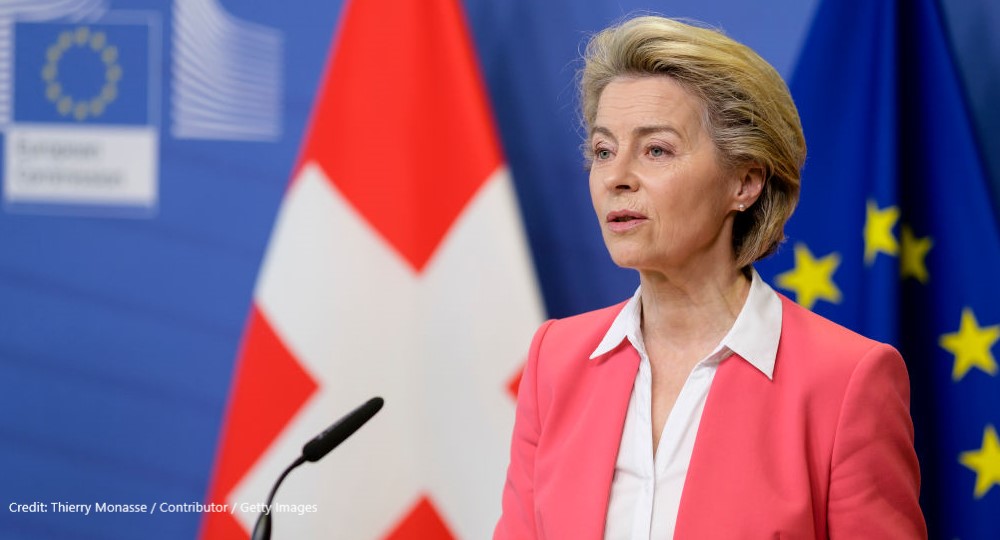 What happens now between Switzerland and the EU?

The Swiss Federal Council statement stressed that ‘even without an institutional agreement, Switzerland remains a reliable and committed partner for the EU.’ However, the latest breakdown in framework agreement talks has been described by the Financial Times as a ‘slow-motion Swexit’.

However, the European Commission has warned ‘modernisation’ of the EU-Switzerland relationship will ‘not be possible’ without a framework agreement, and that the agreements will lapse. This is already starting to happen: in December 2017, even as negotiations were proceeding, the European Commission announced the equivalence decision for Swiss stock exchanges would be limited to one year. This was then extended by six months to the summer of 2019, after which it lapsed.

On 26 May 2021, the EU-Switzerland Mutual Recognition Agreement (MRA) for Medical Devices ceased to apply. The MRA was the key agreement facilitating bilateral trade on medical devices, and it fell under the scope of the framework agreement that was not agreed to. Swiss MedTech have said this new third country status on medical devices will cost the sector an estimated CHF 114 million (£89 million) initially and CHF 75 million (£59 million) thereafter.

It is too early to tell what will happen next as the fall-out from the breakdown in talks continues.

By Sarah Overton, researcher at UK in a Changing Europe.