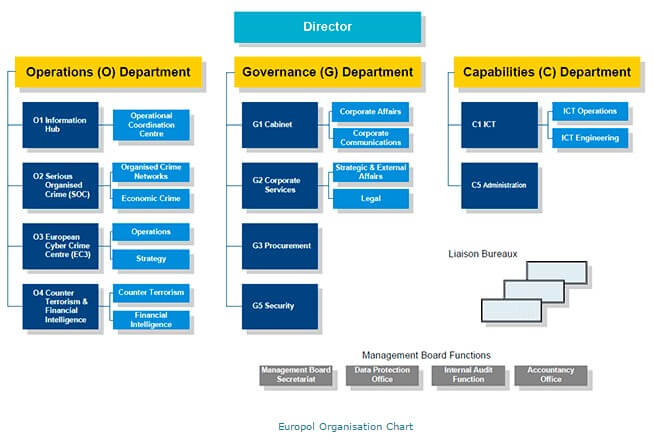 The European Police Office (Europol) is one of the most ambitious European projects in the area of Justice and Home Affairs cooperation. It was created as a response to the ever-increasing dimension of criminal and terrorist networks, which perpetrate their illicit activities at transnational level posing a significant threat to the internal security of all the European countries as well as to the safety of their citizens. Europol is an international organisation with legal personality headquartered in the Hague, which can be considered the European Union’s law enforcement body.

It is controlled by a Management Board, which is formed by one representative from each member state and an additional one from the European Commission. The board, which must report annually to the European Council, takes most of its decisions by a two-thirds vote. In other words, it is required for a proposal to gain a level of support which is greater than the common threshold of one half used for majority (i.e. at least 66,66% of all votes instead of one vote more than 50%). Currently, the United Kingdom’s representative is Mr Peter Storr, who is the International Director and Senior Director for the International and Immigration Policy Group. However, Europol’s day-to-day management is in the hands of a Director and three Deputy Directors.

Europol looks like the European counterpart to national police institutions. At the present time, almost 800 police officers work at Europol, of whom around 120 represent their home organisations and are subject to the relevant national laws (the so-called Europol Liaison Officers). Their function is extremely important because they are in charge of the exchange of sensitive data between the various domestic police institutions. It is important to distinguish Europol from Interpol. In fact, whilst the former can be defined as the official intelligence agency of the European Union, the latter merely represents an international network of police agencies, whose activities are driven directly by member countries, and that has been set up to facilitate cooperation between different national police organisations.

The idea of a European Police Office was first launched by the European Council in Luxembourg in June 1991. 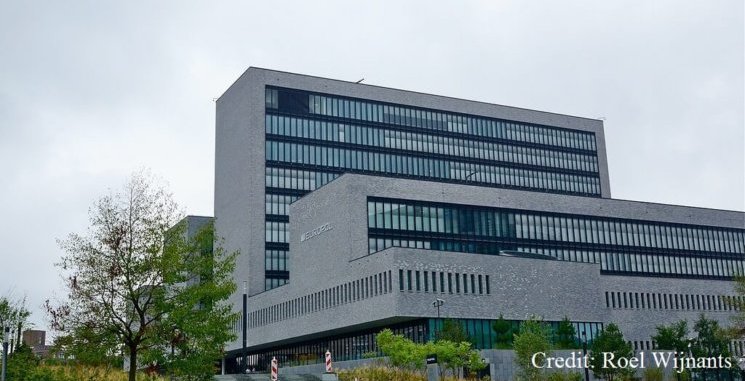 Originally, this structure was to have a non-operating nature and was supposed to perform an information sharing role between two or more states on transnational crime issues (e.g. organised crime, terrorism, money laundering, drug trafficking). Europol was established in 1992 by the Maastricht Treaty and started limited operations in 1994 in the embryonic form of the Europol Drugs Unit (EDU). It progressively expanded its mandate to other areas of transnational crime, and became fully operational in July 1999.

After 9/11, Europol was attributed a more expanded counterterrorist mandate. However, its role was limited due to the tendency of some Member States, among which the United Kingdom, to favour their domestic investigative authorities. This situation did not significantly change even after the terrorist attacks in Madrid in March 2004 and London in June 2005. In fact, Europol did not manage to gain the full support of member states, which on many occasions submitted information of limited value. In 2009 Europol was formally transformed into a EU agency by means of the European Council Decision 2009/371/JHA of 6 April 2009, which currently represents Europol’s predominant legal framework. The coming into force of the Lisbon Treaty has also affected Europol due to the greater number of decisions that can be now taken by majority voting in the sector of police cooperation. Since 2013, Europol has also included the European Cybercrime Centre (EC3), whose function is to fight against cybercrime at transnational level.

How does Europol operate?

Europol’s mandate is to improve information exchange between the competent national authorities in preventing and combating serious cross-border crime. In particular, Article 88(1) of the Treaty on the Functioning of the European Union specifies that “Europol’s mission shall be to support and strengthen action by the Member States’ police authorities and other law enforcement services and their mutual cooperation in preventing and combating serious crime affecting two or more member states, terrorism and forms of crime which affect a common interest covered by a Union policy.” 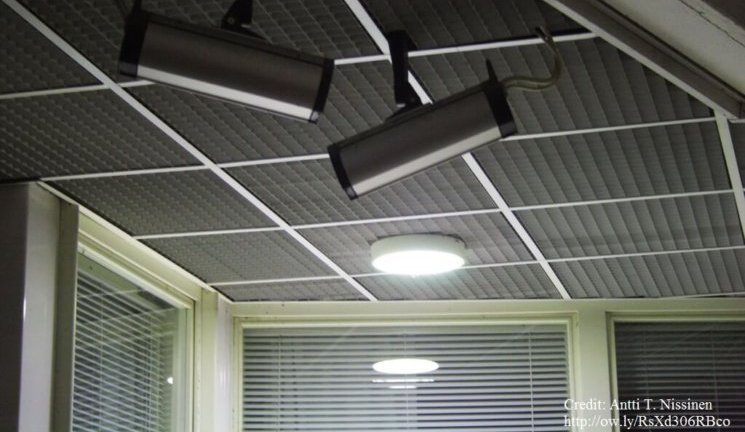 At the present time, Europol does not hold traditional police operational powers and cannot send its agents to undertake intrusive operations like searching premises. In fact, Article 88(3) provides that “the application of coercive measures shall be the exclusive responsibility of the competent national authorities.” As a result, Europol’s functions are fundamentally to collect and process information generating knowledge and producing evidence. In fact, its primary function is to gather, store, process, analyse and exchange data to enhance the effectiveness and cooperation of national authorities. As a result, Europol might be defined as a data processing agency rather than a real law enforcing police office.

Due to the absence of operational and executive powers, it might appear that Europol acts as a mere support service for national law enforcement agencies. However, such a view can be misleading. As a matter of fact, Europol has the potential for exerting a significant influence on both the development of domestic criminal justice policies and the way in which police operations are undertaken at national level. It is not uncommon that through the evidence produced Europol determines the executive measures carried out at domestic level. In order to make few examples of how Europol’s activities might influence domestic police operations, it is possible to mention the major investigation carried out by Europol and police teams from thirteen European countries that uncovered in 2013 an extensive criminal network involved in widespread football match-fixing. 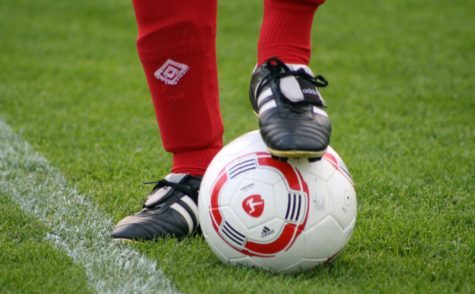 A more recent example of the way in which Europol might support national police forces is the dismantlement of a Romanian organised criminal group implicated in trafficking young women into prostitution in more than ten cities in the United Kingdom. Europol has demonstrated it is a fundamental EU agency, which can provide national authorities with vital support in the fight against transnational crime. However, given that Europol gathers, collects and distributes a huge mass of information, the implementation of an adequate data protection system appears vital to protect individuals’ fundamental rights. At the same time, the establishment of a sufficient degree of judicial control over Europol’s activity seems to be an absolute requirement especially in view of the possible future expansion of the agency’s powers.

The future of Europol

On the 11 of May 2016, the European Parliament and the Council have adopted Regulation 2016/794 that establishes a new set of rules and powers for the agency. The regulation, which will take effect on 1 May 2017, strengthens Europol’s mandate to ensure that it is properly equipped to counter the rise in cross-border crimes and terrorist threats. In particular, although it is still provided that Europol shall not apply coercive measures in carrying out its tasks, it is established that its staff may participate in the activities of joint investigation teams (see Article 5). Furthermore, it is provided that Europol might request the competent authorities of the member states to initiate, conduct or coordinate a criminal investigation (See Article 6).

Finally, to avoid information gaps in the fight against organised crime and terrorism, the new rules make it a duty of member states to provide Europol with the data it needs (See Article 7). The regulation has also introduced an entire package of data protection safeguards (see Chapter VI), which includes the appointment of an independent Data Protection Officer (see Article 41) that has to cooperate with the European Data Protection Supervisor, and the designation of a national supervisory authority in each member state (see Article 42). Finally, under the new legal framework, the European Parliament together with national parliaments will scrutiny Europol’s activities through the establishment of a specialised Joint Parliamentary Scrutiny Group (see Article 51).

What could Brexit mean?

Brexit could have a profound impact on the fight against cross-border criminal groups, both at European and domestic level. In fact, if the UK will leave Europol losing in such a way the access to its vital information, British law enforcement agencies will have a hard time in investigating transnational criminal activities like the ones perpetrated in the UK by foreign-based criminal organisations. At the same time, the loss of information for Europol will mean that other member states will encounter similar difficulties in prosecuting criminals based in their countries that carry out part of their illicit activities in the UK. 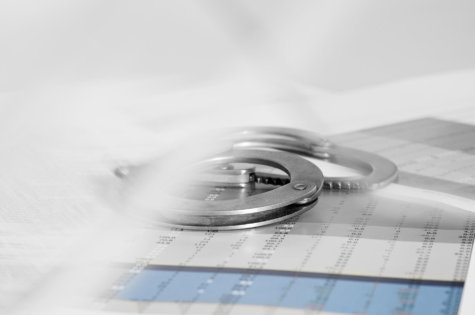 Such a gap in the European information network could eventually lead criminal organisations to select the UK as a favoured jurisdiction in which to carry out their illicit activities. As a result, it appears extremely desirable that the UK should remain part of the EU’s law enforcement agency. However, this would necessarily entail the implicit acceptance of new Europol’s new regulation as well as the necessity of supporting the agency with adequate funding. As in the case of the Danish experience, this could appear inherently incompatible with the outcome of the British national referendum and, as such, make an agreement difficult to achieve.