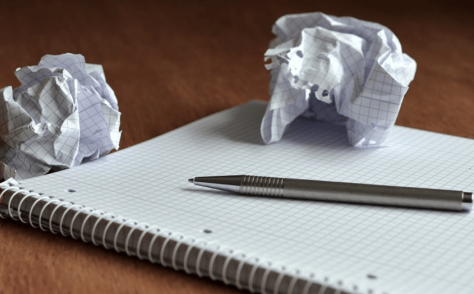 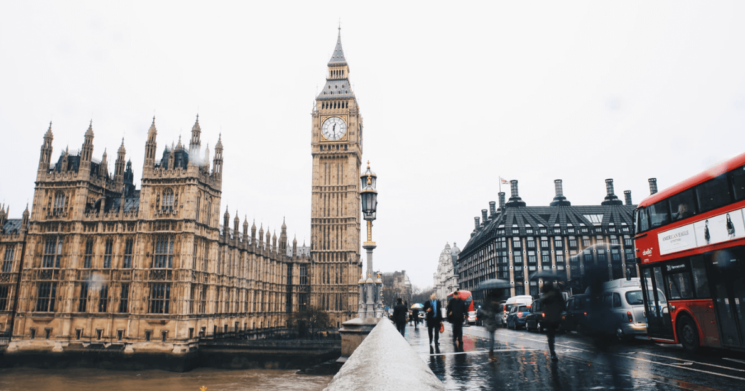 Indicative votes are a process which will allow MPs to indicate their preference on a number of different options related to Brexit. Until now, MPs have only been able to add amendments to government initiatives such as the meaningful vote on the Brexit deal itself.

These votes will allow MPs to express their collective view on a wide range of options simultaneously, with the hope that one or more commands the support of a majority and could then be put into action.

The aim is to bring a resolution to this stage of the Brexit process by finding a solution to the main problem: the fact there is no majority in the House of Commons for the Withdrawal Agreement and Political Declaration. However, there is no guarantee that any option that gets majority support from MPs would be negotiable with the EU.

Why are they necessary?

Because the House of Commons has rejected Theresa May’s Withdrawal Agreement twice by large majorities, MPs have introduced the indicative votes process to try and find an option which a majority of them could support. The hope is that one of the options could then be pursued explicitly by the government in order to advance the Brexit process one way or another.

What are the options?

The options that the House of Commons will vote on will be selected by the Speaker, who will choose from a range of (at the time of writing) 16 choices proposed by MPs. The main alternatives are as follows:

A no deal Brexit: this would mean doing just that, leaving the EU without a Withdrawal Agreement in place.

The Withdrawal Agreement: this would mean accepting the deal Theresa May negotiated with the EU, although this has already been rejected twice by MPs.

A customs union: this would mean ending up with a relationship like that which Turkey has with the EU, where they adopt the same tariffs for trading goods. It would not resolve the issues to avoid a hard border in Northern Ireland because goods regulation in the UK and EU would not be aligned.

European Free Trade Association (EFTA) membership: this would mean seeking to negotiate something like the relationship Norway has with the EU. This would not resolve the issues over the Irish border either, as there would remain a customs border between Northern Ireland and the Republic.

‘Common Market 2.0’: this would mean a Norway-style deal but with a customs union attached—the so-called ‘Norway-plus’ approach. Aligning both customs and goods regulation with the EU could resolve the Irish border issue. It would most likely, however, also mean accepting the four freedoms of the single market, including free movement of people. Labour’s proposal for a close single market relationship with a customs union appears to be something along these lines, but remains vague.

A free trade agreement: this would mean seeking to negotiate something like the agreement that Canada has with the EU. It would keep tariffs on most goods traded between the UK and EU near zero, but there would remain a regulatory border between the UK and EU, necessitating checks and infrastructure between Northern Ireland and the Republic.

Revocation of Article 50: this would mean overturning Brexit altogether and returning to full UK membership of the EU, something which the European Court of Justice has said the UK could do of its own accord.

A further referendum: this would be in the form of a confirmatory vote on any agreed deal with the EU. It is ambiguous what the options would be in any referendum. 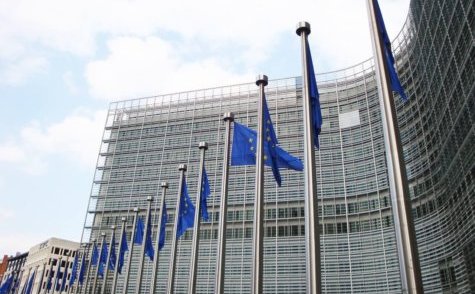 What is the process?

MPs will debate and vote on a number of motions, or statements, setting out the options that they wish the House of Commons to consider (see the likely alternatives above). At 7pm, MPs will have half an hour to fill out a ballot selecting the option or options they support. They can tick yes, no or neither box for each motion chosen by the Speaker.

This ballot will not be secret, so we will know later how each MP voted. Once the votes have been counted, the Speaker will announce how many votes each option has received. Results are expected to be announced at around 9pm.

What will the outcome be?

The outcome will hinge on party discipline and the tactics of MPs.

The Conservative Party has decided to allow their MPs to vote freely on the different options available. The Cabinet will abstain, so will not take part in the process. This may encourage other Conservative MPs to abstain as well.

Labour have said that they will whip their MPs in favour of their own motion on a customs union with a close single market relationship, a customs union motion and a motion calling for a confirmatory referendum. 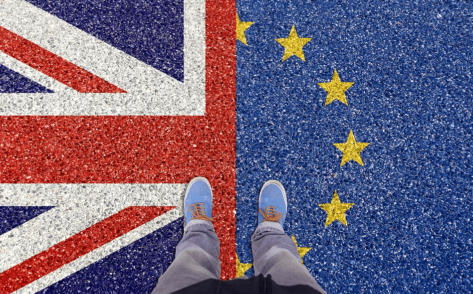 We can’t say for certain what the outcome will be – that is, after all, the point of the exercise. The tactics of individual MPs will be important. Some MPs might be happy with three or four of the options. However, they may only vote for their first favourite choice to give it a better chance of succeeding.

Given the method of voting, it is likely that options in the middle range of choices—between the extremes of no deal and a revocation of Article 50—will fare best, as they may be better able to gain cross-party support. A vote on a customs union, for example, came within just six votes of a majority in July 2018 and therefore may have a good chance of gaining the most support, if selected by the Speaker.

It is, of course, possible that none of the options will achieve the support of a majority of MPs – something approaching 318 votes, a working majority of sitting MPs. Given the 29-strong Cabinet will be abstaining, 304 will be the majority of all those voting should no other MPs abstain. Another key marker will be whether any option gains over 242 MPs, the number who voted for Theresa May’s Brexit deal on 12 March.

This is why proponents of indicative votes have suggested—in the Business of the House motion also to be voted on by MPs on 27 March—that MPs should control the order paper for a further day, on Monday 1 April, should the options need to be narrowed down further. Following the first day of indicative votes, MPs may need to negotiate with each other to whittle down the options to those which are most likely to command majority support in future rounds of voting.

Has it happened before?

Yes and no. There are examples from recent history of MPs using an indicative votes process. On 4 February 2003, both the House of Commons and the House of Lords voted on seven options, which were put to a free vote, on ways to reform the House of Lords. These were drawn up by a joint committee consisting of 12 members of each House. However, no proposal achieved a majority. 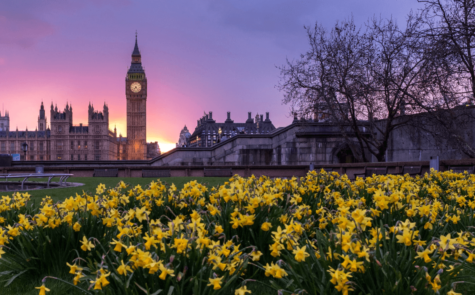 In 2007, a similar suite of options was put before the House of Commons. However, the opposite problem happened: two proposals achieved a majority, but neither was implemented because they contradicted each other.

This is why MPs are voting in a slightly different way this time—voting on all the alternatives simultaneously rather than one by one—in the hope that majorities can be found.

If there’s a majority for something, that option (or those options) could then form the basis of government policy to bring a resolution to this phase of the Brexit process. However, the prime minister has said that she won’t necessarily adopt whatever MPs approve. This could put her at loggerheads with MPs with unpredictable consequences, particularly if there is a firm majority for one or more of the options.

For instance, a majority for pursuing a customs union with the EU would put the prime minister in a difficult position. If she adopted the policy, it would undermine her government’s aim of having an independent trade policy after Brexit and could spark a rebellion among pro-Brexit MPs in her party.

However, if she didn’t, she could risk the Conservative MPs who supported that policy rebelling instead. If more than one option gains majority support and she opts for one over the other, this could also exacerbate tensions.

MPs could use further days where they have control over the order paper to vote through an Act of Parliament which would make legally binding any decision the House of Commons arrives at. However, there is a pressing deadline of 12 April when the extension of the Article 50 period comes to an end. Therefore, this process has to be completed relatively quickly.

What does this mean for ‘meaningful vote 3’?

The government may also bring back its deal for a further, separate vote later this week, which could—if passed—render the outcome of these indicative votes obsolete. 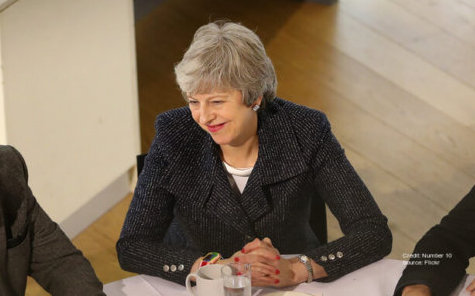 If a clear outcome is reached, this could both strengthen and weaken the chances of the government’s existing deal being supported. On the one hand, tabling Mrs May’s deal this week without the government responding to these votes will be more difficult. On the other, if a clear alternative is reached by the House of Commons this could act to strengthen support for the government’s deal, particularly if pro-Brexit MPs feel a softer form of Brexit is likely otherwise.

If this new alternative is viewed as less favourable than Theresa May’s deal, the government could win over more reluctant MPs to back their existing deal.

By Matthew Bevington and Alan Wager, researchers at the UK in a Changing Europe.