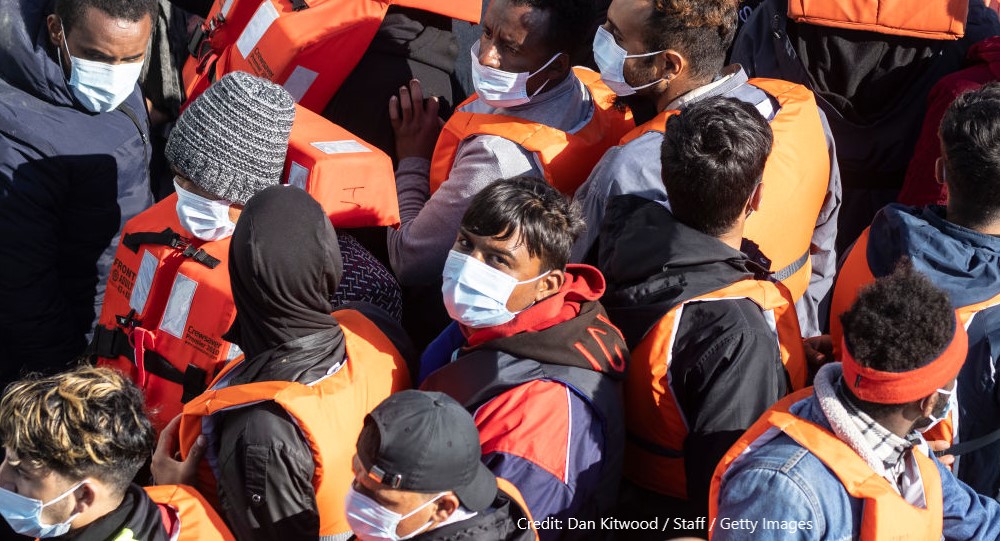 How many migrant crossings have been made across the Channel? 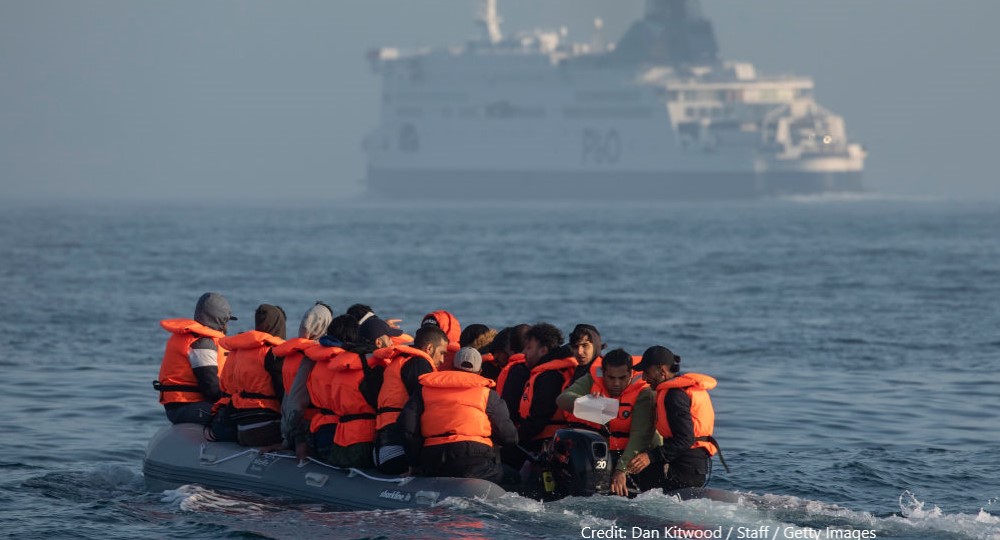 Why do they want to come to the UK rather than stay in France?

There are a number of reasons why migrants may want to come to the UK rather than stay in France. The English language is far more widely spoken than French, and some migrants may have family members in the UK.

Similarly, experiences of bad living conditions in France, Italy and other EU member states may lead migrants to ‘think that it will be better’ in the UK.

Individuals might choose not apply for asylum in the EU because of the Dublin Regulation – the process used to determine which EU member state is responsible for processing an asylum claim.

“The core principle underpinning the Dublin system is that responsibility for processing an asylum application lies with the member state most involved in the individual’s entry to the EU”.

The core principle underpinning the Dublin system is that responsibility for processing an asylum application lies with the member state most involved in the individual’s entry to the EU.

Why are they choosing to cross the Channel in boats?

The UNHCR representative to the UK has said more stringent checks on trucks and lorries, together with the coronavirus pandemic, have deterred smugglers and migrants from using the roads.

Despite being one of the world’s busiest shipping lanes – and therefore very risky for small boats or dinghies – many perceive the English Channel route as more likely to be successful.

“Despite being one of the world’s busiest shipping lanes – and therefore very risky for small boats or dinghies – many perceive the English Channel route as more likely to be successful”.

However, Dr Peter William Walsh of the Migration Observatory has pointed out that migrant crossings are likely to have been higher in 2018. However, due to increased surveillance, more individuals are now being intercepted at sea.

How do numbers compare with EU states? 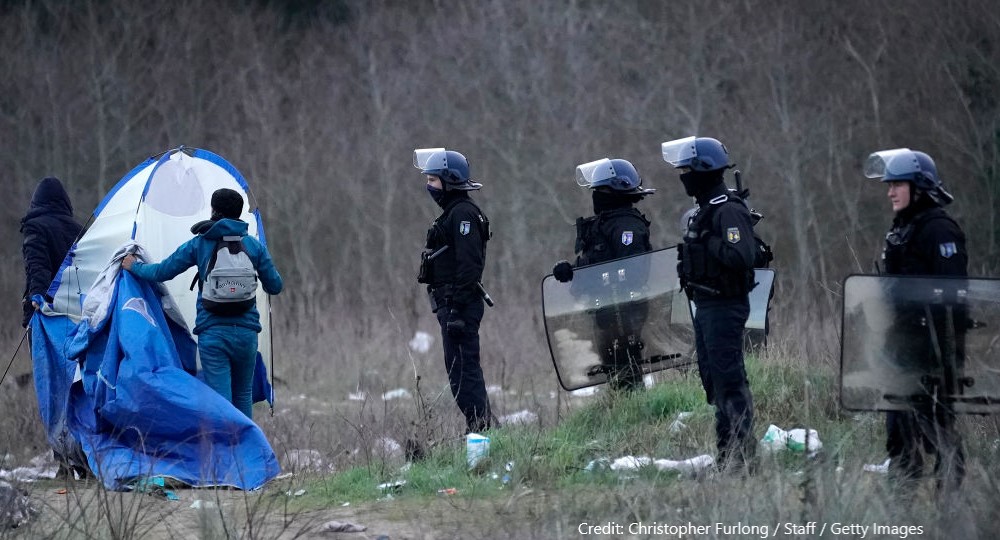 How are migrant crossings in the English Channel managed?

The current regime was agreed between the UK and France in 2003 via the Le Touquet Treaty on the ‘implementation of frontier controls at the sea ports of both countries on the Channel and North Sea’.

The treaty created ‘juxtaposed national control bureaux’ in both countries’ sea ports on the English Channel and North Sea – British controls in Calais and the French controls in Dover.

A number of bilateral agreements followed in 2009, 2010 and 2014 committing the UK to finance and manage security at the border checkpoints located in France while France would be responsible for stopping illegal migrant crossings into the UK.

The 2010 Evian Summit saw the UK and France agree the creation of a Joint Intelligence Unit in Folkestone dedicated to stopping illegal immigration networks and a Joint Operational Coordination Centre bringing together the UK Border Agency and French Border Police and Customs to coordinate action.

In August 2015, the UK and France signed a Joint Ministerial Declaration on managing migratory flows in Calais during the 2015 refugee crisis, including reinforced policing by both countries, a new integrated control room in Coquelles (where the Eurotunnel Calais Terminal is located), the deployment of 24/7 freight search teams to look for stowaways, and six-monthly security inspections.

In April 2018, the two countries signed the Sandhurst Treaty to reinforce cooperation on ‘management of their shared border’. The agreement saw the UK commit to paying an additional £44.5 million for border defences and technology.

In November 2018, the UK-France Coordination and Information Centre agreed to under the Sandhurst Treaty opened to assist a 24/7 operation to stop illegal border crossings, exchange real-time intelligence, prevent threats to public order and provide analysis of traffic flows across the Channel.

How have the UK and France responded to the 2021 surge in crossings?

In July 2021 it was announced that a new funding package had been agreed – the UK would pay a further £55 million (€62.7 million) to France to clamp down on crossings and the number of French patrol boats would double. Despite this new package, the number of crossings continued to rise in August.

At the start of September 2021, the Home Secretary, Priti Patel, threatened to stop the payment unless the French increased the number of migrant crossings stopped from one in two to three in four by the end of the month. 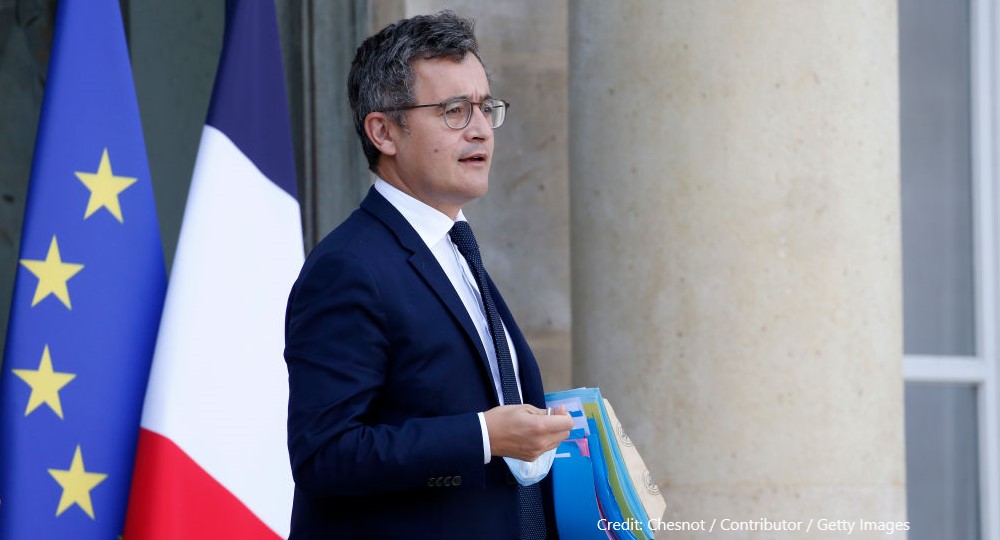 Meanwhile, French General Frantz Tavart declared he would call off nightly patrols in the English Channel if the funding were no longer provided.

In early October, Darmanin complained that ‘not one euro’ of the promised funding has been received. A British Security Minister, Damian Hinds, has said this was due to an ‘administrative’ issue rather than a ‘political question’.

The Home Secretary also approved the use of controversial ‘pushback’ tactics in September – using the nose of a Border Force vessel to turn a boat, or telling asylum seekers to turn their boat around – to intercept migrants’ small boats on the English Channel.

However, it is understood these tactics would be subject to strict guidelines (such as use only in neutral waters rather than UK or French waters) and the requirement that any migrant turned back is turned towards a receiving French boat.

It is unclear whether ‘pushback’ tactics have yet been employed, however, footage has emerged of the UK Border Force training to use them.

Some have argued this ‘pushback’ strategy is at odds with the legal duty to rescue at sea and breaks international law. The Home Office claims the new measures have been agreed by the Attorney General.

“It is unclear whether ‘pushback’ tactics have yet been employed, however, footage has emerged of the UK Border Force training to use them. Some have argued this ‘pushback’ strategy is at odds with the legal duty to rescue at sea and breaks international law”.

France has resisted the plans – Darmanin said ‘France will accept no practices contrary to the Law of the Sea’.

The Refugee Council have recommended that, rather than using pushback tactics, the UK government should work to provide ‘safe routes to stop such perilous journeys in the first place’. They say such routes could include refugee family reunion and resettlement.

However, the provisions of the UK government’s Nationality and Borders Bill on family reunion rights (Clause 11) are limited, and the ‘New Plan for Immigration’ included no timetable or target number on resettlement. 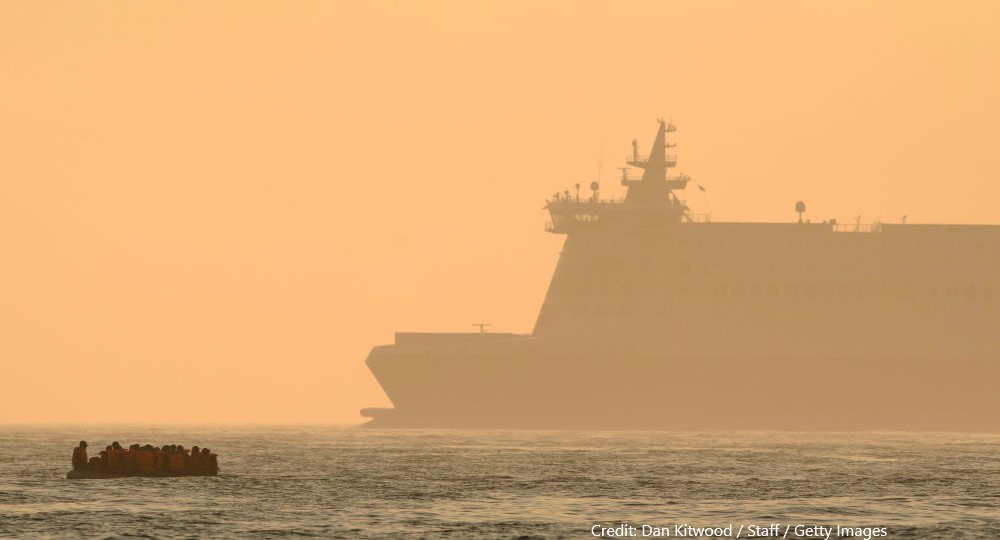 Has Brexit made a difference?

Yes. Before Brexit, the UK was party to the Dublin Regulation through which it could return some asylum seekers to the member state determined to be responsible for handling an asylum claim.

The Dublin Regulation ceased to apply to the UK from January 2021 and there is no successor agreement with the EU, nor with individual member states.

Consequently, the return of asylum seekers to France is much harder. Between 1 January 2019 and 1 October 2020 (while the UK still applied EU law), 231 migrants who crossed the English Channel were returned to mainland Europe under the Dublin Regulation.

Have any other approaches been proposed?

During his presidential campaign in 2017, French President Emmanuel Macron committed to renegotiating the Le Touquet treaty. However, this has not yet happened.

In July 2021, both countries released a joint statement saying they supported ‘the idea of a UK-EU re-admission agreement’ to facilitate returns.

However, as noted by Professor Steve Peers, this would not be ‘solely up to France’ and there was no mention of a bilateral UK-France re-admission treaty.

By Sarah Overton, researcher at UK in a Changing Europe.