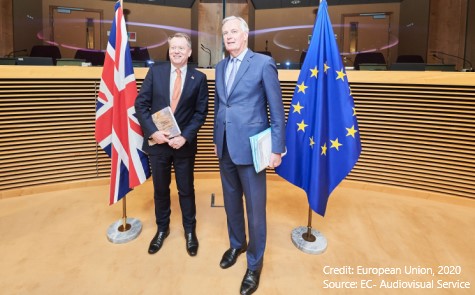 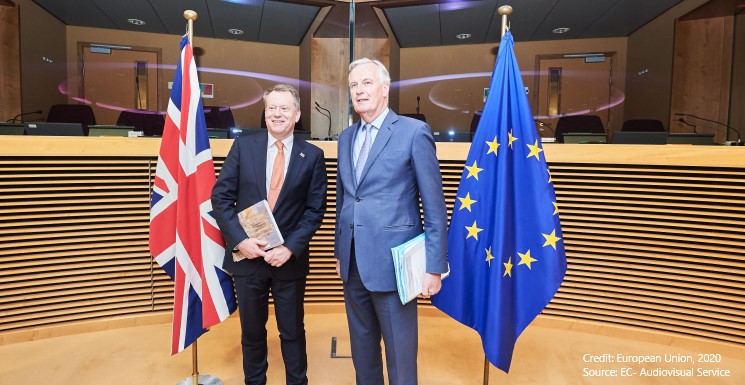 What are mutual recognition agreements?

Mutual recognition agreements (MRAs) are agreements between two trading partners to reduce technical barriers to trade. They are one of the issues that will feature in the UK-EU trade talks.

Outside the EU, the UK will no longer be part of that system. That means there will be potentially significant new regulatory barriers to trade. UK goods will have to be made according to EU standards (and vice versa) and they will need to be tested and certified to show that they do.

In the absence of an MRA, local regulatory bodies cannot certify goods for sale in the other country. MRAs can help reduce some of the burden by avoiding duplicate product safety testing.

What do mutual recognition agreements do?

There are different types of MRAs – ‘traditional’ and ‘enhanced’.

A traditional MRA is an agreement for mutual recognition of ‘conformity assessment’.

Conformity assessment (i.e. product safety testing) may take various forms, including inspection, testing, certification, and licensing according to technical regulations and standards which are aimed at preventing safety, environmental and health risks.

The signatories recognise that a designated testing body (a ‘conformity assessment body’ (CAB)) in state A (the export country) can perform testing on the basis of technical requirements of state B (the import country), and vice versa. That allows a product produced and certified in state A to be exported to state B without undergoing further testing in state B, to assess whether the product meets state B’s technical requirements – thus reducing barriers to trade.

MRAs may cover a single sector only, such as the 1997 telecommunications MRA between Canada and Korea, or the 2004 EU-US MRA on marine equipment.

They might also be multi-sectoral and cover, for example, electrical products, pharmaceuticals, manufacturing processes for medical devices, radio equipment and recreational craft. The Comprehensive Economic and Trade Agreement between Canada and the EU (CETA) is an MRA with the broadest sectoral coverage to date.

Crucially, ‘traditional’ MRAs do not require states to harmonise rules (i.e. to create common technical standards and regulations), nor do they require that parties to an MRA recognise each other’s requirements as equivalent – MRAs are limited to the recognition of the competence of the partner’s CABs to conduct conformity assessment.

Parties to an MRA do not have to change their technical rules and this is why the UK government is now proposing MRAs on conformity assessment as part of its new trade agreements.

Governments may also conclude more ambitious ‘enhanced’ MRAs where not only the testing but the rules of another state are recognised automatically. The most notable ‘enhanced’ MRA regime is the internal market of the European Union.

There are a few other examples of mutual recognition of rules, including the 2004 EU-US MRA on marine equipment, the 1998 Trans-Tasman Mutual Recognition Arrangement between Australia and New Zealand (TTMRA) and the 1999 EU-Swiss MRA.

In all cases, ‘enhanced’ MRAs are concluded either on the basis of a broad and deep regulatory alignment which stems from a unique and close relationship between the two partners (e.g. the European Union internal market, or the TTMRA) or international standards (e.g. EU-US MRA on marine equipment is based on International Maritime rules).

What types of mutual recognition agreements has the EU concluded?

The EU negotiates different types of MRAs (both ‘traditional’ and ‘enhanced’) depending on its relationship with the trading partner in question.  The two types of ‘enhanced’ MRA it has negotiated are Protocols to the European Agreements on Conformity Assessment (PECAs) and Agreements on Conformity Assessment and Acceptance of Industrial Products (ACAAs).

PECAs are typically concluded with candidate countries with which the EU has association agreements (see our explainer on association agreements) and constitute a step in the accession process. The purpose of PECAs is to align the technical rules of a candidate country with those of the EU in preparation of membership in the EU. This type of MRA is by its nature temporary as it disappears when the country joins the EU’s internal market.

ACCAs are concluded with neighbouring countries. One example is the 2013 EU-Israel MRA, a single-sector ACAA of good manufacturing practices for pharmaceutical products which is based on the alignment of the legislative system and infrastructure of Israel with those of the EU.

The EU has concluded a number of ‘traditional’ MRAs of conformity assessment, including those with Australia, Canada, Japan, New Zealand and the US. While some of the sectoral annexes have been working well (e.g. telecommunications) others have proved less successful (e.g. MRAs in electrical safety, medical devices, pharmaceutical GMP, recreational craft are in most cases not operational).

In 2004 the European Commission concluded that ‘traditional’ MRAs proved difficult to negotiate and even more difficult to implement, and that only ‘enhanced’ MRAs were worth pursuing.

However, its recent free trade agreements suggest a change in approach and an acceptance of ‘traditional’ MRAs. For example, Article 4.6 and Article 7.21(4) of the EU-Korea FTA foresee the negotiation of mutual recognition of conformity assessment for goods and services respectively.

While there has been little progress in accession talks, Turkey is progressively aligning its laws with EU law in order to remove technical barriers. Testing results of Turkish notified CABs are mutually recognised in the EU (and vice versa).

The 2002 EU-Swiss ‘enhanced’ MRA is the broadest MRA to have ever been concluded. While Switzerland is neither a candidate country, nor part of the European Economic Area, it nevertheless has a very close relationship with the EU.

What does this mean for any UK-EU trade deal?

Mutual recognition of rules was floated by the UK government in the Brexit negotiations, most notably in Theresa May’s Florence Speech and as an option for the future regulation of financial services, but rejected by the EU.

The Johnson government has moved away from those approaches. In its proposal for a comprehensive FTA with the EU, the UK proposes an agreement on the mutual recognition of conformity assessment that is “consistent” with the provisions in the EU’s agreement with Canada. It also proposes a separate agreement on certification of marine equipment ‘similar’ to the one the EU has agreed with the US.

The UK document asserts the importance of regulatory autonomy – ‘preserving each party’s right to regulate’ – but also harks back to some earlier thinking by proposing that the agreement should ‘establish a framework for either party to request that the other consider its technical regulation to be equivalent to its own regulation’.

It is not clear whether the EU is likely to agree this, but it has rejected previous UK proposals on allowing ‘regulatory equivalence’, while the UK government has rejected on numerous occasions a policy of ‘regulatory alignment’.

That leaves ‘traditional’ MRAs of conformity assessment the only feasible option, which means more costs for exporters since they may have to manufacture goods according to two sets of standards (UK and EU) and get their goods tested in the UK before they can be exported to the EU.

This would make life of British manufacturers much harder as they would be forced to have products certified by EU-based authorities before they can be exported to the continent. The European Commission’s approach towards UK differs to what it has negotiated with other countries.

For example, the European Commission’s recently concluded free trade agreements with Canada and Korea provide for the conclusion of MRAs of conformity assessment without requesting its partners to align their regulatory requirements with those of the EU.

If the EU refuses to negotiate similar mutual recognition regime with the UK it may violate the most-favoured-nation obligation (MFN) under World Trade Organisation (WTO) law. The MFN is a non-discrimination rule which requires that any advantage granted to products originating in one country must be afforded to like products originating in other countries.

By granting mutual recognition to products covered by free trade agreements with Canada and Korea but refusing the same treatment of products originating in the UK, the EU could be in violation of the WTO law.

By Professor Catherine Barnard, senior fellow at The UK in a Changing Europe and Dr Emilija Leinarte, University of Cambridge.