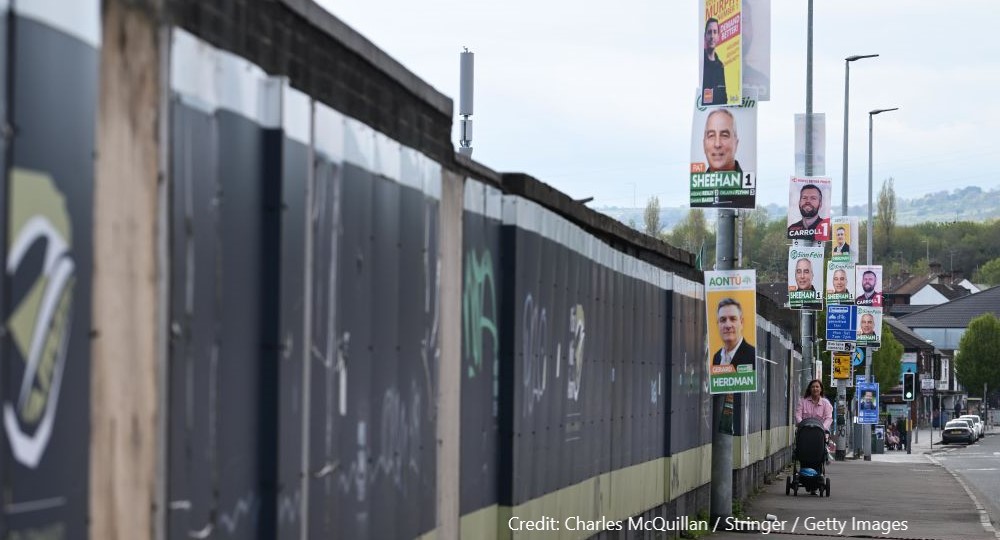 Who is being elected in the Northern Ireland Assembly Election?

The Northern Ireland Assembly has one chamber with 90 seats. There are 239 candidates standing in this election across 18 constituencies with 5 seats each. Of the 239 candidates, 87 are women, an increase of 17 on the number female candidates who stood at the last election.

Elections to the Assembly then provides the basis for the formation of the Executive which is Northern Ireland’s devolved government. 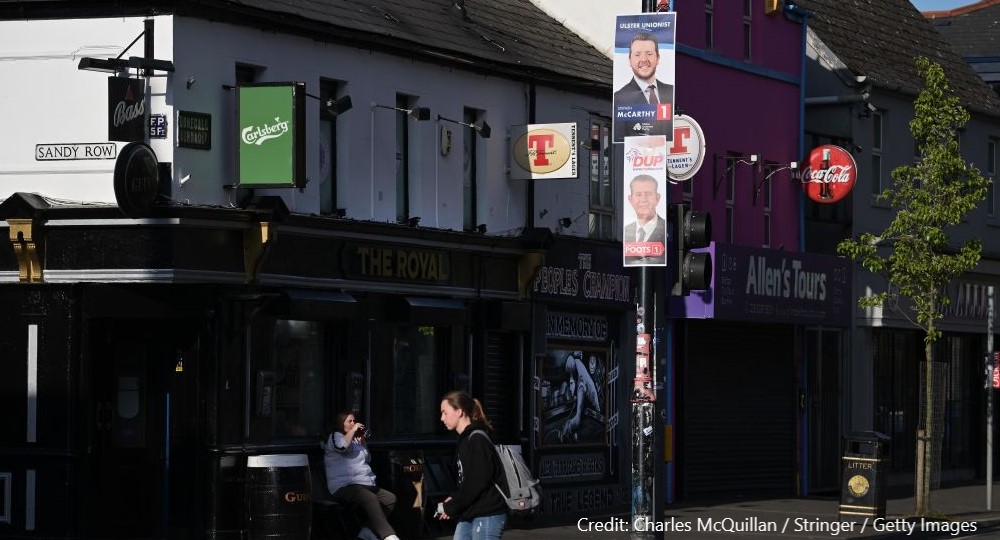 What powers does the Executive have in Northern Ireland?

Devolution to Northern Ireland operates on an ‘excepted model’ which means that the government there has competence in any matter that has not been explicitly ‘excepted’ or ‘reserved’ and thus held by the UK government.

“While there is no definitive list of transferred powers, the responsibilities of the devolved institutions are split across nine departments”.

While there is no definitive list of transferred powers, the responsibilities of the devolved institutions are split across nine departments: Agriculture, Environment and Rural Affairs; Communities; Economy; Education; Finance; Health; Infrastructure; Justice; and the Executive Office which is made up of the joint offices of the First and deputy First Ministers.

Scotland also operates an ‘excepted model’ of devolution, and the level of powers transferred to both Northern Ireland and Scotland are broadly similar but with Northern Ireland having slightly more scope in some areas, for example, in relation to welfare policy. The system in Wales is different.

What electoral system is used, and how does it work?

A quota is calculated for each constituency using a mathematical formula that factors in the number of seats available and the number of votes cast. First preference votes are then counted and any candidates who meet the quota are elected. This process then repeats with the lowest candidates being eliminated and their votes transferred based on the next relevant preference. Eventually either five candidates meet the quota (based on transfers) or there are only five candidates left and they are elected.

One of the implications of the STV system is that determining the final result can take a while. Counting often continues into the following day (so beware of ‘hot takes’ on May 5). Another implication is that most votes play some role in electing a candidate – so far fewer votes are “wasted”.

How does the formation of the Executive work?

At the first meeting of the new Northern Ireland Assembly, every MLA is required to designate themselves as either ‘unionist’ or ‘nationalist’ or ‘other’.

Unlike elsewhere in the UK where one political party can govern alone if they win enough seats, in Northern Ireland government must be a coalition of at least two parties representing two different designations. Leaders of the two largest parties of different designations share the power of the Executive Office through the joint positions of First Minister and deputy First Minister. Despite the names, these posts are formally equal.

“In Northern Ireland government must be a coalition of at least two parties representing two different designations”.

After the First and deputy First Ministers are in place, other Ministers in the Executive are appointed using a mathematical formula known as d’Hondt which enables departments to be allocated based on party size in the Assembly. Some parties may decide not to take part in the Executive formation process and instead remain in opposition.

The process works as follows: the largest party is given first pick of the departments and can nominate an MLA to become Minister of their chosen Department; then the d’Hondt formula is applied to reduce that party’s ‘value’ – number of MLAs divided by two after the first pick – the largest party at that point gets to choose a department and nominate a Minister; the same process continues until all positions are filled except that of Justice Minister. 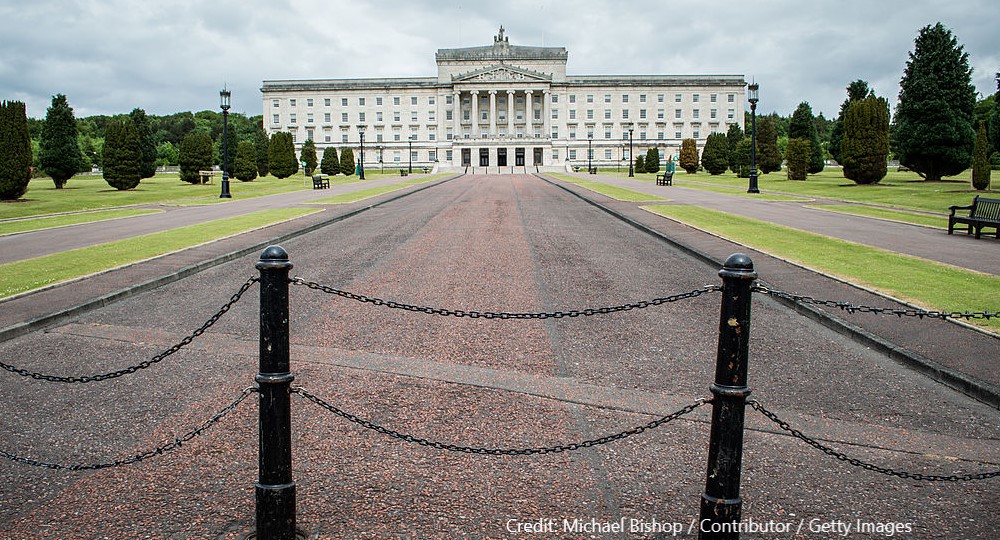 Uniquely, given the historical sensitive nature of the policy area in NI, the Minister for Justice must be elected with cross-community support by the Assembly.

A range of key decisions taken in the Northern Ireland Assembly need to gain support of MLAs from the two ‘communities’ of unionist and nationalist; the designation process facilitates this. Cross-community support can be achieved in two ways:

Will an Executive be formed?

Northern Ireland went into the elections without a fully functioning Executive.

On 3 February 2022, the DUP’s Paul Givan resigned his position as First Minister in protest over the implementation of the Protocol on Ireland / Northern Ireland. With the DUP not nominating a replacement, the Sinn Féin deputy First Minister, Michelle O’Neill, was also forced to resign, in accordance with the rules.

There are reasons to think that the process for forming a new Executive will be difficult.

First, there may have been no progress toward resolving issues around the Northern Ireland protocol that triggered Givan’s resignation.

Second, according to recent polling data, Sinn Féin may be returned as the largest party at this election. If this were to happen, it would be the first time Northern Ireland would have a nationalist First Minister and the DUP may find it hard to accept the position as deputy First Minister. 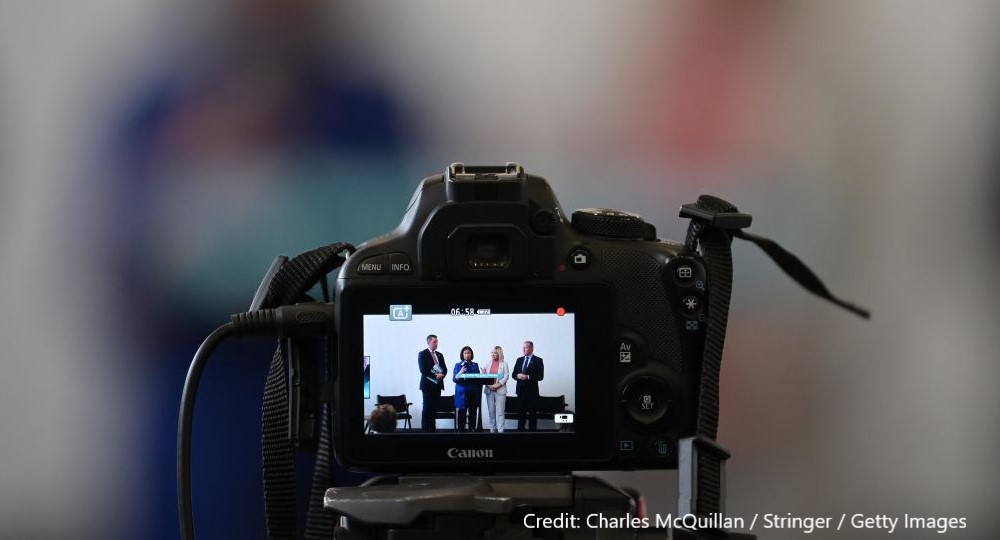 Taken together, the recent DUP protest resignation over the Protocol and the possibility of a nationalist First Minister make it unlikely that an Executive will be formed in the immediate aftermath of the election.

What happens if an Executive is not formed?

Although Northern Ireland has gone for extended periods without a functioning Executive before, new provisions mean that a “roll-over” Executive would stay in place if the process of nominating a First and deputy First Minister stalls.

A new piece of law – the Northern Ireland (Ministers, Elections and Petitions of Concern) Act 2022 – passed in Westminster in February replaced the previous 14- and 7-day time limits on forming an administration with new procedure.

The 2022 Act made new provisions for Ministers in Departments that are not the Executive Office to remain in office for up to 24 weeks after an election, and for up to 48 weeks if the First or deputy First Ministers stop holding office due to resignation.

The act also allows for up to four six-week periods for appointing Northern Ireland Ministers before another election would need to be called.

‘Roll-over’ Executives enabled by the 2022 Act do not, of course, include a First or deputy First Minister; without their joint leadership no decision that is ‘controversial or cross-cutting’ (including, for example, passing a budget) can be taken by the other Ministers who remain in office. Even with the 2022 Act, the capacity for effective government in Northern Ireland is therefore constrained when the First and deputy First Ministers are not in post.

What this all means is that, after May 5th the newly elected Assembly will have up to 24 weeks to complete the process of Executive formation before they face another election and risk losing their just-won seats.

What was the result last time?

The last Assembly election was held in March 2017after the collapse of the Executive when Sinn Féin withdrew over the DUP’s botched handling of the implementation of the ‘Renewable Heat Incentive’ scheme.

At that election the DUP were returned as the largest party, they received 28.1% of first preference votes (FPV) which translated into 28 seats. In a very close second, Sinn Féin received 27.9% of first preference votes and returned 27 seats. It was the smallest ever margin between the two largest parties in a Northern Ireland election, partly this was due to the drop in the number of available seats.

Next came the Ulster Unionist Party and the Social Democratic Labour Party.

The Alliance Party received 9.1% of first preference votes which translated into 8 seats.

An Executive was not formed following the 2017 election until January 2020 when the five largest parties entered a coalition government under the terms of the New Decade, New Approach agreement. 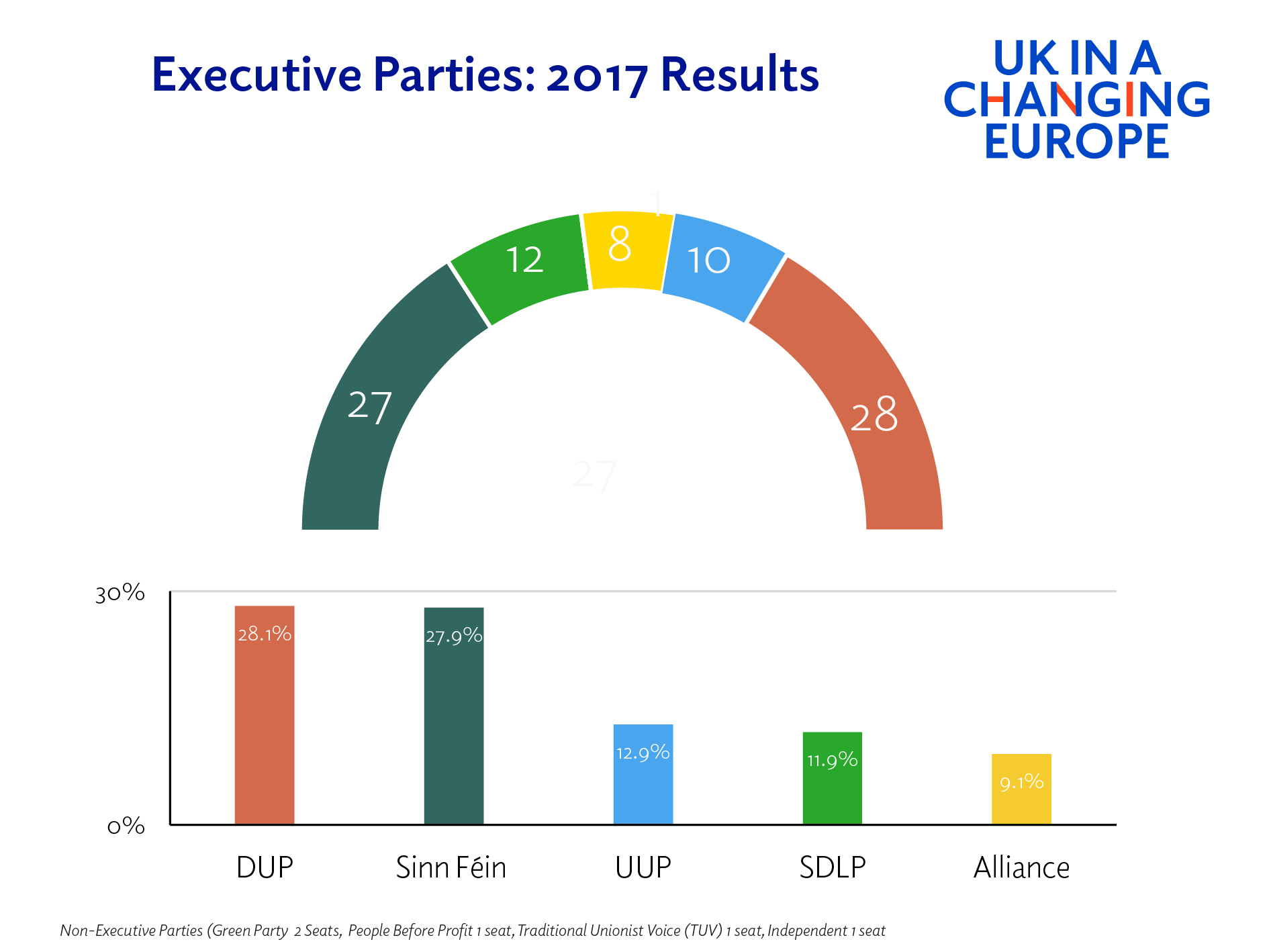 Who are the parties and what are their key policy positions? 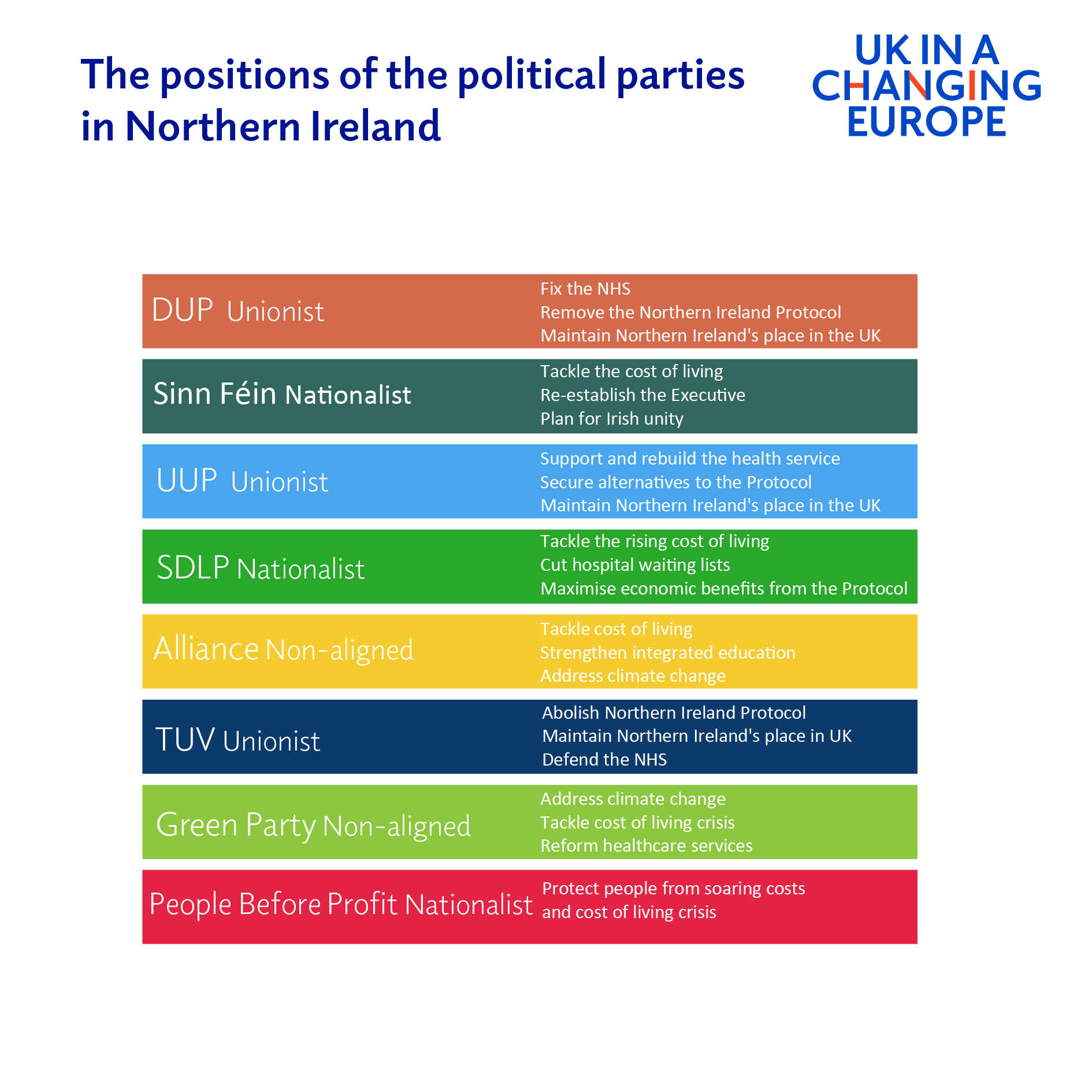 What are the possible and likely outcomes?

A series of recent polls have suggested that the DUP is unlikely to get the highest share of first preference votes at this election.

In March this year, a survey run by Lucid Talk on behalf of the Belfast Telegraph suggested that if the NI Assembly election had been held at that time, 26% of voters would give first preference votes to Sinn Féin while 19% would give theirs to the DUP.

“What these polling figures suggest is that the DUP is facing a very difficult election as it appears to be losing voters to, in particular, the TUV”.

What these polling figures suggest is that the DUP is facing a very difficult election as it appears to be losing voters to, in particular, the TUV. At the same time, Alliance appears on course for a strong election result; if realised, this would reaffirm voting trends evident in 2019 local, European Parliament, and Westminster elections.

Before making any solid predictions, it is worth underlining the important role played by the counting process in an STV system. Transferred votes are often key in determining the results overall and these are difficult to capture in opinion polling.

Article 16 of the Northern Ireland Protocol