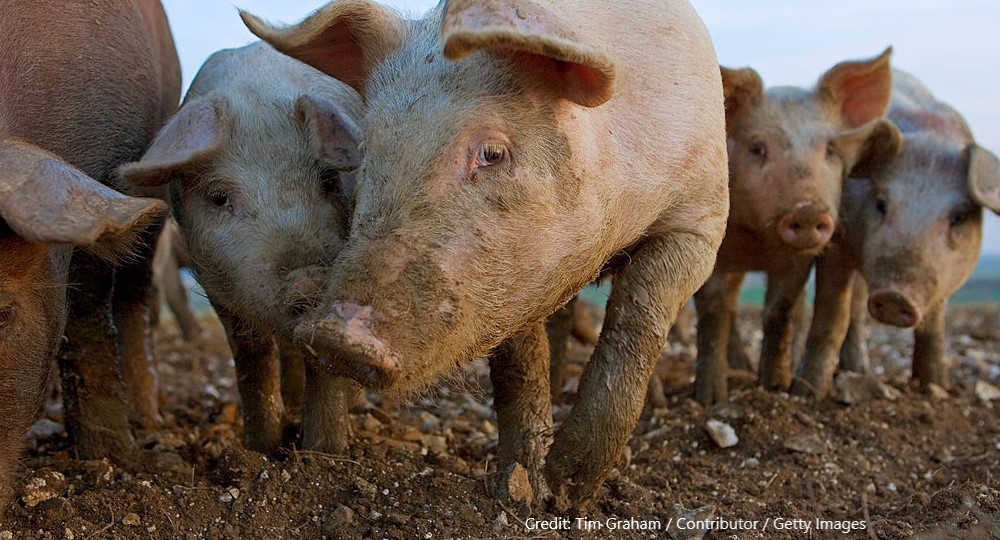 The first culling of healthy pigs occurred in early October. By mid-October 6,000 pigs had been culled and their bodies sent for disposal. The question is why but it is also how, for how long and how is it impacting farms and farmers in the UK.

What is the process of pig rearing in the UK?

Pig production is a large-scale and long-term business. Large pig farms may rear up to 800 pigs a week. There is a 10 month lead time in the production of a pig ready for processing, including 115 days of gestation, and six months of feeding and rearing in highly regulated environmental and welfare conditions.

Pigs are typically slaughtered in an abattoir when they weigh about 120kg, at around five to six months of age. The majority of large abattoirs are designed to process pigs at this specific weight, and pigs that are heavier than that tend to have more fat, are harder to butcher, and are less suitable for domestic cooking, because, for example, roasting joint sizes become too large.

“The emerging, and more persistent, problem is that insufficient numbers of skilled butchery staff have forced abattoirs to impose reductions in the number of pigs they are able to slaughter each week”.

If there is a block or delay at the end of the production process – in other words at the point of slaughtering, butchering and packaging –  the lead-in time means it is at least 10 months before the effect of any reduction in planned output can be seen.

What is the problem?

There was a short-term disruption to pig processing caused by the exceptional national shortage of carbon dioxide – necessary for humane slaughter. But this is not the main cause of the problem.

The emerging, and more persistent, problem is that insufficient numbers of skilled butchery staff have forced abattoirs to impose reductions in the number of pigs they are able to slaughter each week. 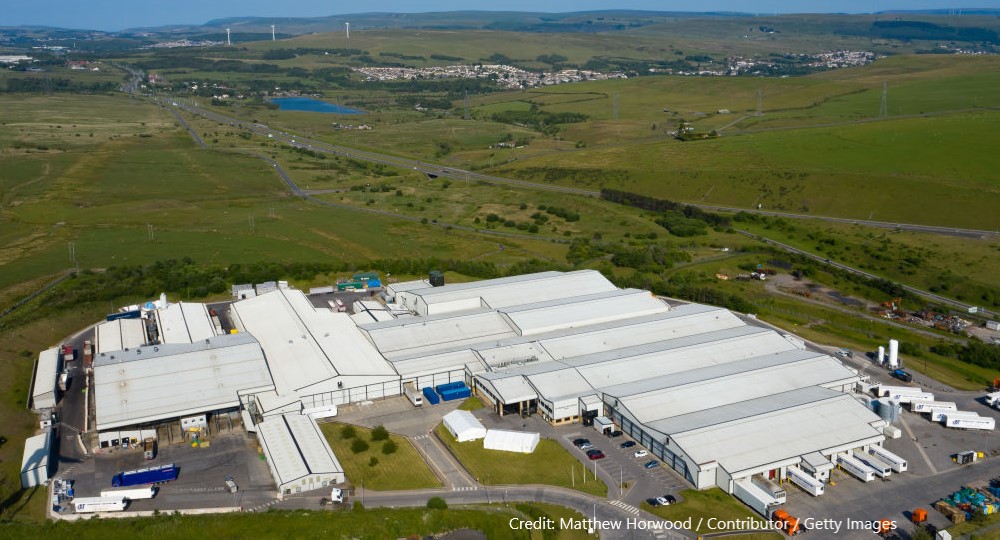 Research by the National Farmers Union found that there are 500,000 job vacancies across the food and drink sector. Zoe Davies, Chief Executive of the National Pig Association, says the core problem is that British people do not want to work in abattoirs which, until recently, relied on 60-80% of their staff coming from Eastern Europe.

With Brexit making the UK a less attractive place to work, the lifting of Covid-19 travel restrictions led to many of these workers going home and not returning.

Why the culling of healthy pigs?

Given the shortage of capacity in abattoirs, the National Pig Association estimates that at least 125,000 pigs have been held back on farms, with their weights therefore rising to in excess of 160kg – well beyond the retailers’ size preference.

There are four reasons why farmers don’t just keep these pigs on their farms until conditions improve.

The main reason for needing to cull is that there are legal requirements on stocking rates on farms. This is to protect animal welfare.

All farms are required to have a contingency plan to house additional pigs, but these plans do not include indefinite housing.

Pigs have been backing up on farms due to the reduced slaughter capacity in abattoirs over the past 10 weeks.

Meanwhile sows continue to farrow further litters of piglets each week, and these need housing.

With some farms having reached the limits of physical capacity, as well as needing to stay within the law, farmers have decided that they must cull animals. 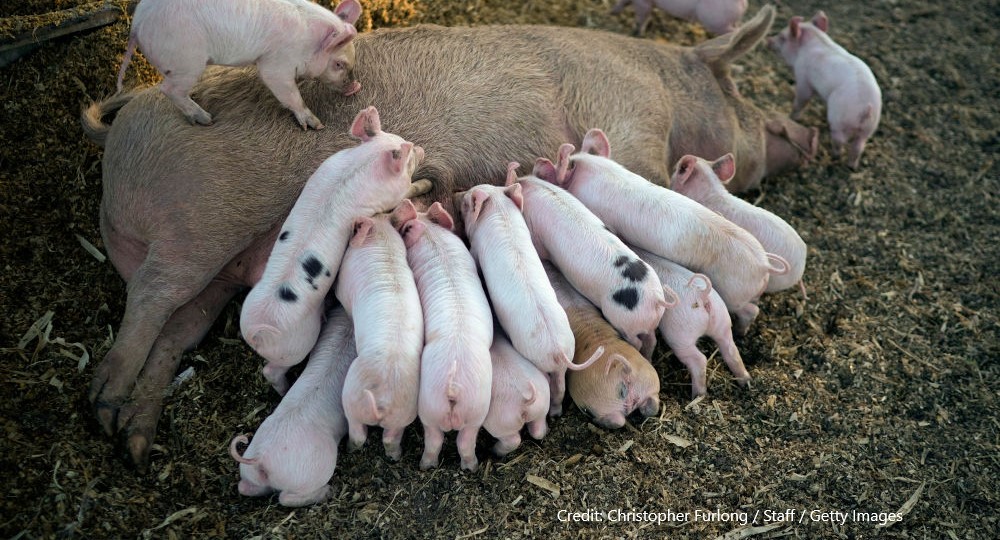 A secondary reason is the financial precarity of pig production. According to the UK Agriculture and Horticulture Development Board (AHDB), the average net profit margin was just £1.87 per pig in the period 2012-2019.

The biggest cost in pig production is feed; and the cost of the additional feed required for the pigs, held back and growing beyond their ideal market weight and age, is stretching already tight cash flows even further.

“With some farms having reached the limits of physical capacity, as well as needing to stay within the law, farmers have decided that they must cull animals”.

Market-aged pigs are effectively hungry teenagers who will easily consume more than 2.5kg of feed per day. This equates to daily feed costs of more 60p per day per pig. The entire profit is thus eliminated in a matter of days.

Pig keepers and farmers know that limiting feed supply to hungry pigs, whose genetics are selected for rapid growth and efficient conversion of feed to meat, is a non-starter. To do so would rapidly result in pigs fighting and harming each other.

The UK supply bottleneck is not translating into a rise in price for pig meat because retailers can source butchered pork that meets their stringent standards from other European countries.

The farmers with backed-up pigs (those that haven’t been culled) will prioritise selling the overweight pigs first as their value is declining the fastest and they are costing a lot to feed.

Their meat will be acceptable in the lower value Asian markets (though China has now closed its acceptance from UK due to Covid-19).

There is also a lack of availability of sufficient frozen storage capacity for pig meat.

Unlike beef or lamb, pig meat cannot be stored chilled for longer periods of time and so must be frozen.

DEFRA has recently indicated that it will facilitate additional emergency frozen storage (the Private Storage Aid scheme), and while this does not address the fundamental bottleneck at the butchering stage, it does open up the possibility that pigs that are butchered late can be released on to the market gradually, reducing the risk of a glut of supply.

Consumer preferences go beyond the size of cuts of pork and the balance of fat to lean in a given piece of meat. Unlike in Europe, male pigs in the UK are not castrated, for welfare reasons.

So the longer pigs live, and the more sexually mature they become, the more noticeable ‘boar taint’ becomes in their meat.

Boar taint is an unpleasant odour or taste in pork from male pigs caused by the build-up of the digestive by-product, skatole, in body fat.

Sexual maturity also impacts on pig wellbeing with ‘nuisance breeding behaviour’ becoming more apparent in pigs beyond 120kg – and the associated potential for injuries for both females and males within the affected group.

What is the difference between slaughter and killing?

Besides the moral, ethical and financial issues around culling of healthy pigs that cannot enter the food chain, the humane killing of pigs – tightly regulated in UK law – presents significant practical challenges.

The process must be overseen by trained staff and veterinarians who are, themselves, in short supply. It is not clear whether abattoirs will be willing to accept pigs destined only for killing and then disposal. 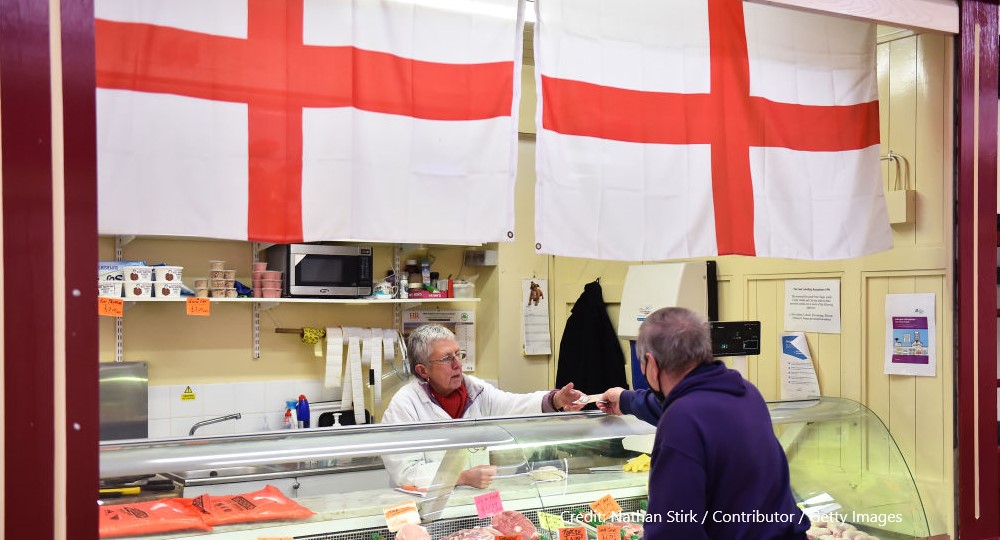 This leaves the only option of killing on-farm. Carbon dioxide stunning is not safe or practical for widescale use on farms so pigs are individually stunned by captive bolts or portable electrical equipment, which is then followed by bleeding.

This a slower process, requiring trained staff, and additional staff for handling of the pigs – which itself increases unwanted stress on the pigs. All of this comes at a cost to the farmer. Farmers then face additional costs for transporting and disposing of the dead pigs.

What impact does the culling have on breeders?

The culling of healthy animals comes at a significant personal price to breeders and farmers who have nurtured these animals. Livestock keepers are proud to rear happy and healthy animals for humane slaughter and safe consumption.

“Besides the moral, ethical and financial issues around culling of healthy pigs that cannot enter the food chain, the humane killing of pigs – tightly regulated in UK law – presents significant practical challenges”.

Any sense of waste or abuse is abhorrent to them. The mental health impacts among those involved in wide scale culling of healthy pigs should not be underestimated.

Farmers are also acutely conscious of the ethical issue: the wastage of healthy and safe meat in a world where, according to the UN’s Food and Agriculture Organisation (FAO) around 8.8% of the population is undernourished.

Is there a way forward?

There is some evidence that government is beginning to respond to this unfolding animal welfare emergency – currently affecting the pig sector but with potential to spread to other livestock sectors, for example, poultry.

Meetings in the week of 11 October 2021 between industry, DEFRA and government’s newly appointed supply chain adviser Sir Dave Lewis, have identified the possible activation of the government’s Private Storage Aid scheme to support the cost of long term frozen storage of pig meat.

But that does not address the lack of skilled butchers to enable slaughter and processing to proceed.

The government has now announced that it will allow 800 pork butchers to apply, until the end of the year, for temporary visas allowing them to travel and work in the UK for six months. How many will apply and how quickly their application is processed remains to be seen.

And whether the butchers will return at all, and at what price – not only for consumers and for inflation, but also for the welfare of our nation’s pigs – is not yet clear.

By Professor Catherine Barnard, deputy director of UK in a Changing Europe, Professor Dan Tucker and Dr Milorad Radakovic, all of the University of Cambridge.