The European Council – the who, what, where, how and why 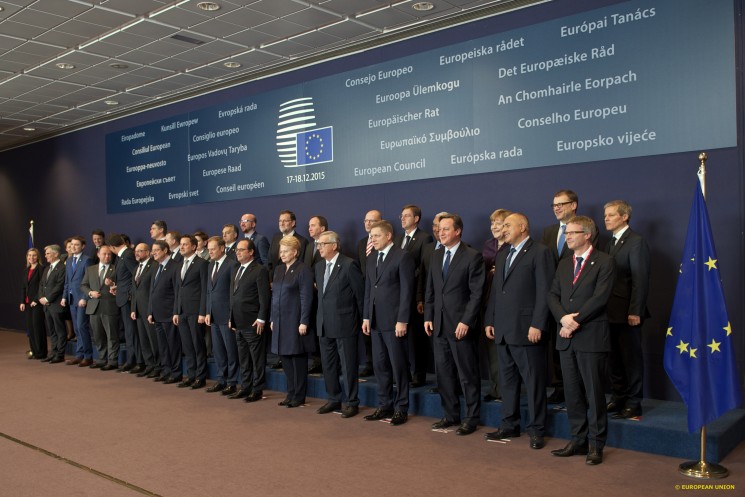 What is the European Council?

The European Council is the EU’s supreme political authority and its key strategic and crisis-solving body – the place where EU member states interact at the highest political level. The European Council sets the EU’s policy agenda and deals with the most sensitive questions confronting the EU. Its meetings are major set pieces, attracting close press attention and known for the ‘family picture’, where prime ministers and presidents take the decisions that become key milestones in EU history.

Warning: the European Council is not to be confused with:

The European Council has no real equivalent at the national level. Some commentators think of it as the EU’s collective presidency, since it merges the executive power of EU heads of state and government.

What does the European Council do?

The European Council provides leadership to the EU and, under the Lisbon Treaty, “the necessary impetus for its development”. It determines the EU’s general political direction and set its priorities. It takes charge of crisis management, and it trouble shoots, brokering agreements when national representatives are unable to resolve differences at a lower level.  It also has specific responsibilities in key policy areas, including economic and fiscal coordination, and freedom, security and justice. It has power of appointment over the High Representative of Foreign Affairs and Security Policy, and the President of the European Central Bank, as well as its own President, and proposes a candidate for the Presidency of the European Commission to the European Parliament.

More recently, the European Council has sought to define some longer term goals for the EU. In June 2014, it adopted a ‘strategic agenda‘, which identifies five longer term priority areas for EU action. They are: jobs, growth and competitiveness; empowering and protecting citizens; energy and climate policies; freedom, security and justice; and the EU as a strong global actor.

What is the European Council’s history?

The origins of the European Council can be traced back to informal summit meetings of the 1960s that were periodically convened by the political leaders of the member states to discuss issues of common concern. Although they took decisions that directly bore on the European Community, they were keen to hold their deliberations outside its official framework.

Summitry was formalized in the mid-1970s, when the heads of state and government created the European Council. They agreed that it should meet at least twice a year. Their reluctance for their meetings to become too closely associated with the institutions of the European Community was only slowly eroded. As a result, the European Council was not mentioned in the Treaties until the 1987 Single European Act, its role was not defined until the 1991 Treaty of European Union, and it did not formally became an EU institution until the Lisbon Treaty entered force in 2009.

Who makes up the European Council?

The creation of a full-time Presidency has the benefit of assuring greater continuity in the work of the European Council. At the same time, it separates the institution from the Council, and deprives prime ministers and presidents of member governments of the experience of taking overall charge of EU business for a six-month spell. Since the rotating President typically held meetings of the European Council in his or her home country, the full-time Presidency also limits the exposure of domestic publics to the EU.

The Lisbon Treaty also restricted membership of the European Council to Heads of State and Government. It brought to an end the right of foreign ministers to attend meetings of the European Council. The reform was thought necessary to make meetings more efficient, because the increase in the number of people in the room following the 2004 and 2007 enlargements had made the meetings unwieldy. It also dealt with the problem that in some countries, such as Finland, France and Lithuania, where the President is not merely a figurehead, but can have a significant political role. There were sometimes three officeholders – President, prime minister, and foreign minister who had a claim to attend but member states were each allowed only two chairs at the European Council table.

How often and where does the European Council meet?

The European Council is required to meet at least twice every six months, but in practice it convenes far more frequently. Between 2008 and 2014, for example, it met around seven times a year. 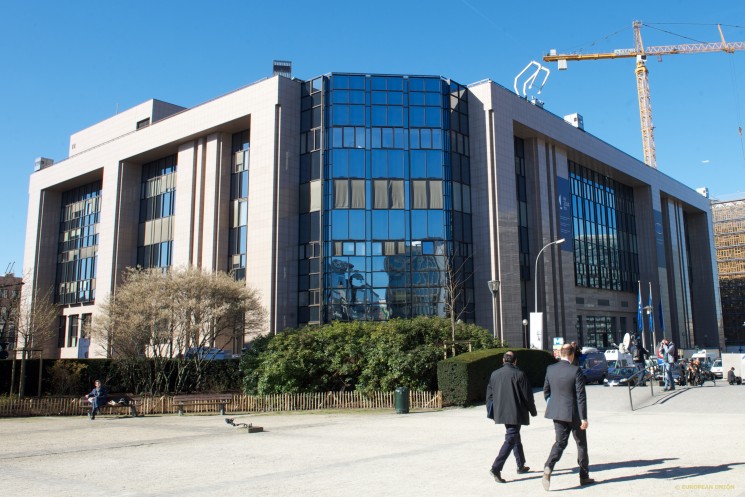 How the European Council decides?

How meetings are prepared and supported

Its President is formally responsible for convening meetings of the European Council and for chairing them. As well as normal meetings, the President can call extraordinary sessions. The latter were especially important during the eurozone crisis and more recently to discuss the migration crisis. The President of the European Council also sets the agenda of each meeting. A large number of people are involved in the organization of any meeting of the European Council. Administrative and logistical support, as well as interpretation services, are provided by the General Secretariat of the Council. The Secretary General of the Council is also responsible for producing minutes of the meetings.

Meetings can be more or less difficult to prepare. Preparations for the meeting on 18 February 2016, where the UK’s ‘four baskets’ will be discussed, were described for example as ‘torture’ by those involved. Staff from the General Secretariat Council and the private office of the Presidency of the European Council will be in close touch with designated officials in the member states.

These officials, called ‘sherpas’ because they help leaders to scale the summit, are typically based in the prime minister’s office. Where agenda items are especially sensitive, preparation may involve extensive bilateral or multilateral meetings between heads of state and government, as well as the President of European Council. The President’s agenda for the week beginning 15 February, published on social media, gives a sense of the intensity of the preparations.

Member states are each allowed to have two delegates in the room at meetings of the European Council. They can call for advice from their Permanent Representation through the ‘Antici’ group, which is composed of high-level civil servants from member states, who wait in an adjoining room and can be contacted by phone.

How long do meetings of the European Council last?

Meetings of the European Council are long. Typically, they lasted two days and discussions can run late into the night. Under Herman von Rompuy, who made a concerted effort to contain business, they began with dinner on Thursday evening. The meeting would reconvene on Friday morning and run until the afternoon or evening.

Due to the nature of the issues, the number of parties, and the stakes involved, the course of discussion is rarely unpredictable. Securing agreement between 28 parties, each of whom typically has an issue about which they are particularly sensitive, can be a formidable challenge. It is not unusual for the atmosphere to become tense. All national delegations have objectives that they want to secure and are mindful of the need to be able to ‘sell the deal at home’. The pressure to find a compromise or a solution is accentuated by continual leaks, spin and the intense attention from the media at all stages of the negotiation. Those who have been present in the room recall that how the stress of long hours of discussion can result in fraying tempers.

Negotiations often stretch late into the evening and, when formal meetings come to an end, informal discussions on particularly tricky items can continue late into the night. If circles ultimately cannot be squared and an issue is so urgent that discussion cannot be postponed until the next normal meeting of the European Council, it may be necessary to convene an extraordinary session.

What key decisions has the European Council taken?

The European Council also took the decisions to enlarge the EU at meetings. In 1969, it agreed to admit the first wave of new members – Denmark, Ireland, and the UK. In 1976, agreement was reached to extend membership to Greece, in 1981 to Portugal and Spain, and 1990, following German unification, to the East German Lander.  The ‘big bang’ enlargement that saw thirteen countries from central, southern and south eastern Europe join the EU proved more complex. Decisions were taken over ten years, starting and finishing in Copenhagen European Council in 1993 and 2002.

Its decisions are landmarks in the development of the EU’s foreign policy from the launch of European Political Cooperation in 1969 at The Hague via the creation of the Common Foreign and Security Policy at Maastricht in 1993 to enhanced cooperation in 2003 (Nice). The same is true of Justice and Home Affairs. The European Council decided in 1975 to create the TREVI, in 1993 to launch cooperation in justice and home affairs, and in 1999 at Amsterdam to establish an area of Freedom, Security and Justice.

Finally, the European Council took the key decisions that launched Economic and Monetary Union (Maastricht 1991), that concluded (1997) – and later revised (2005) – the Stability and Growth Pact, and decided which member states would be permitted to adopt the euro (1998). It adopted the Lisbon Strategy in March 2000. And in a series of meetings between 2010-12 it addressed the financial and economic crisis, deciding on responses to Greece, European stabilization mechanisms, the banking package, the fiscal compact and the road map for genuine Economic and Monetary Union.

By Hussein Kassim, senior fellow The UK in a Changing Europe and politics professor in the School of Politics, Philosophy, Language and Communication Studies at the University of East Anglia.