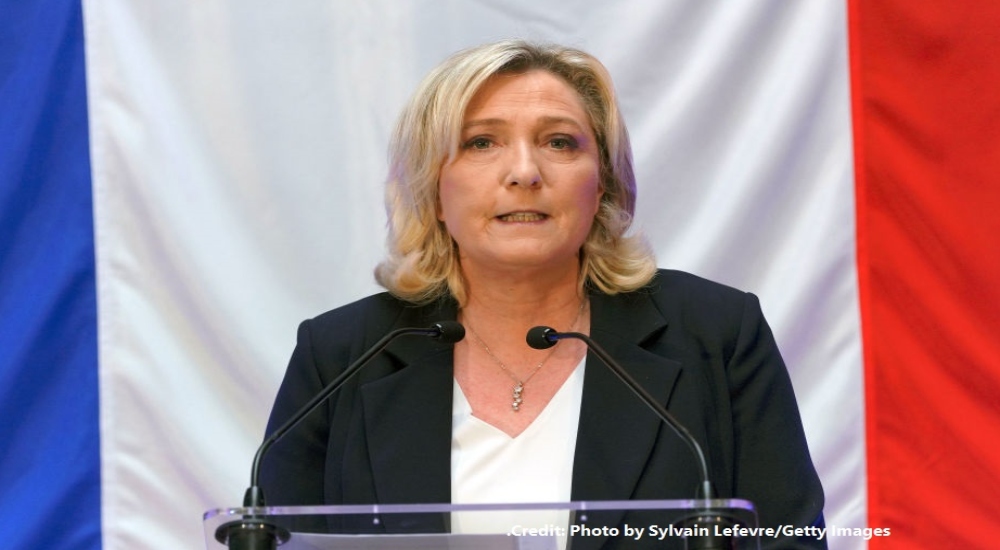 This piece explains what happened, as well as what – if anything – we can learn ahead of next year’s French Presidential election. Why do regional elections matter?

France is divided into 17 different Regional Councils, with 1,757 seats up for election across them.

Regional Councils are a relatively new phenomenon in France – the first elections took place in 1986. Their legislative power is quite limited; they do, however, perform significant administrative functions.

They organise many aspects of local transport, which accounts for the bulk of their spending, and also manage access to housing, the functioning of high schools, environmental protection as well as economic, social, sanitary, cultural and scientific development.

Polling shows that among those who did vote, local rather than national issues were the predominant concern, with the key themes which have dominated French politics recently, such as security and unemployment, largely absent from the campaign.

How do the regional elections work?

13 of the Regional Councils lie in ‘metropolitan’ France – the mainland plus the island of Corsica – with the other four being French overseas departments: Guadeloupe, French Guiana, Martinique, and Réunion.

Voters in each region may vote for one party ‘list’. Each list comprises candidates from a single party or several likeminded parties, ranked in order: starting with the ‘head’ of the list, and alternating between male and female candidates after that.

Voting takes place over two rounds. If a party wins 50% of the vote in the first, it is automatically allocated the first 25% of the Regional Council seats. The other 75% of seats are then divided up proportionally between all the parties who got at least 5% of the vote, with seats allocated to each list’s candidates in rank order.

If no party gets over 50% – as is usually the case, and as occurred in every region on 20 June – a second round takes place the following Sunday. Only parties that received 10% of the vote in the first round are able to run (in Corsica the minimum is 7%).

Following the second round, the party with the largest vote share is allocated the first 25% of seats, with the other 75% of seats divided up proportionally between all the parties.

Who were the big winners in the first round?

In the first round in metropolitan France, the incumbent party list won every single region. Incumbency bias was also a feature of the recent British local and devolved elections, and in this case primarily benefited Les Républicains (LR) – the major party of the French right – who were on the incumbent list in seven of the 13 metropolitan regions.

This trend was replicated in round two, as the incumbent lists ultimately held all 13 regions.

The French right will be particularly satisfied with its performance in the two key target seats of Marine Le Pen’s Rassemblement national (RN) party. In the southern Provence-Alpes-Côte d’Azur region, the right list won the second round by a wider margin than in 2015, taking 57% of the vote. As in 2015, the right benefited from the other lists pulling out to give it a clear run against the RN.

In the northern Hauts-de-France region, the right list received over twice as many votes as the RN in the second round this year, compared to a 58%-42% win in 2015.

Les Républicains have struggled in the years following the emergence of Emmanuel Macron. His occupation of France’s political centre, combined with the growing force of Marine Le Pen’s RN has squeezed the traditional centre-right vote. Scandals have also hurt the party, with François Fillon’s provision of fake jobs to family members contributing to his failure to make the second-round Presidential run-off in 2017.

How well did Marine Le Pen do?

The elections were disappointing for Marine Le Pen’s RN party, which secured 19% of the vote in the first round, compared to 28% in 2015, and (as mentioned above) performed less well in the second round run-offs in key target seats, failing to win any regions.

Controlling a region for the first time would have enabled the party to illustrate its governing potential ahead of next year’s Presidential election and helped it to detoxify the brand of a party known until 2018 as the Front national (National Front).

Yet an estimated 70% or so of RN supporters did not vote in these elections, despite Marine Le Pen’s attempts to get the vote out. The kind of issues which the RN thrives on – security, immigration, identity – were not major themes of the regional elections but will be much more prominent in next year’s Presidential campaign.

Is this bad news for Emmanuel Macron?

On the face of it, Emmanuel Macron’s party La République En Marche! (LREM) had a terrible set of results, taking only 11% of the national vote in the first round, and not getting close to winning any regions in round two.

However, LREM is not a long-established political party. It only came into being in 2016 (as En Marche!) as a vehicle for Emmanuel Macron’s insurgent Presidential campaign. It has never contested regional elections before and thus had no incumbent status from which to benefit. The party has proven fragile in the past, even as Macron’s popularity has remained relatively stable.

The regional results thus tell us little about Macron’s chances in next year’s Presidential elections. Macron continues to poll just below Marine Le Pen in terms of France’s preferred Presidential candidate, with no other candidate anywhere near (he is still projected to win a run-off against Le Pen quite comfortably). His approval rating also remains – while net negative – consistent and relatively strong for a sitting French President.

What Macron might be more concerned about is what the poor performance of his party means for the French legislative elections, which follow the Presidential vote and decide the make-up of France’s National Assembly (the lower house). LREM is currently the largest party in the Assembly.

Failure to win the Assembly could potentially usher in another period of cohabitation – where the President and Prime Minister come from different parties – constraining Macron’s ability to pass legislation should he win a second term. Are the regional elections a good predictor of Presidential elections?

No, for all the reasons stated above. This was a low turnout election, with a different electoral system and different issues in play, and thus a far cry from a Presidential election campaign. That said, there are some potential signals about the vote next year.

The first is whether voter apathy carries over to the Presidential elections, which would make the result less predictable.

The second is whether these results kick start the Presidential campaign of a candidate from the traditional right. Xavier Bertrand (a former member of Les Républicains who had a strong win in Hauts-de-France as the head of the right list) is the only major figure to declare his candidacy so far.

His emphatic defeat of the RN in one of their key target seats will burnish his credentials on the French right, as might the perception of him as a man outside of the French political elite – having previously been a provincial mayor. Bertrand declared in his victory speech that “the path to hope starts here”, and expressed a desire to go out and meet all the French people. Even before the second round results he had risen to 16% in the opinion polls, reducing the gap to Macron and Le Pen to under ten points.

However, others like Valérie Pécresse (Île-de-France) and Laurent Wauquiez (Auvergne-Rhône-Alpes) may also try to use successful results from the regional elections to kick-start a campaign to become the candidate of the right.

Bertrand’s public refusal last year to participate in a potential primary among LR candidates (“the Hauts-de-France regional vote will be my primary”), means it remains far from clear whether, and how, the French right will come back to a single candidate for President.

As for the French left, its solid performance in the regional elections is unlikely to translate into Presidential success. The left list won five of France’s metropolitan regions, where its assorted parties benefit from the unifying nature of the list system. At Presidential level, however, the left remains (as often) divided.

Jean-Luc Mélenchon is the most popular Presidential candidate of the left, but he lacks the unifying power to appeal to more moderate left-wing voters. Anne Hidalgo, the current mayor of Paris, is one name touted as a potential candidate of the Parti socialiste – historically the major party of the French left. Are any other big European elections coming up soon?

But before that the big elections are in Germany, where federal elections take place this September, and will bring to an end the 16-year Chancellorship of Angela Merkel.

By Joël Reland, Public and Foreign Policy researcher at the UK in a Changing Europe. This Explainer was originally published on 24 June 2021 and was updated on 7 July 2021.