The transition period: all you need to know 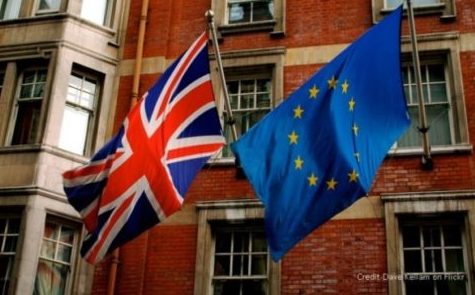 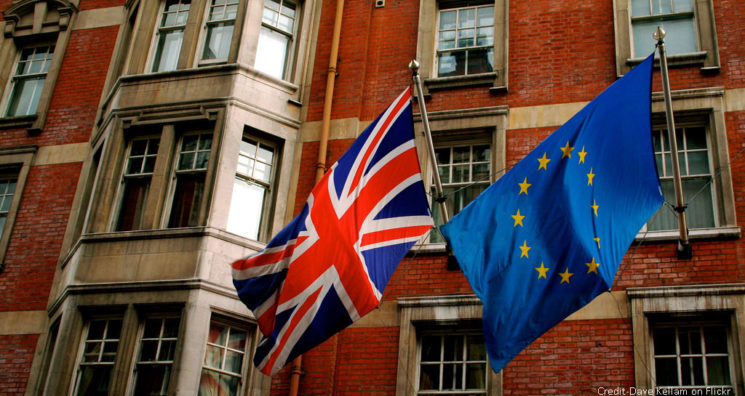 At 11pm GMT on 31 January the UK left the European Union. It immediately entered a transition period, which will end on 31 December 2020. This explainer sets out what changes and what does not.

What does transition mean?

The UK is no longer a member state of the EU, but during the transition period it continues to be part of the EU single market, customs union, EU security co-operation arrangements, and subject to the European Court of Justice.

But some things do change. The UK is now what the EU calls a ‘third country’—i.e. not a member state. The UK is no  longer part of the EU’s institutions: there are no UK MEPs in the European Parliament, no UK Commissioner, no UK judges on the European Court and the UK no longer has a right to attend council or working group meetings on EU business. The UK’s permanent representation in Brussels is now the UK Mission to the EU and our Permanent Representative, Sir Tim Barrow, is now the UK’s Ambassador to the EU.

Why is there a transition period?

The EU had argued that Article 50 did not allow it to negotiate a future relationship with the UK while it was still a member state. Talks could therefore not get underway until the UK had left. The transition period was intended to provide time for the UK and EU to sort out their future relationship and avoid business having to make two sets of changed. Entering transition avoided an immediate ‘cliff edge’ when the UK left the EU.

How long will the transition period be?

The transition period lasts to the end of 2020. This leaves just 11 months in which to negotiate, ratify where necessary and begin to implement the new relationship.

This is a much shorter period than initially envisaged. Then it was anticipated that the UK would leave the EU on 29 March 2019, allowing 21 months in which to negotiate, ratify and begin to implement the future relationship.

Can transition be extended?

Yes, but there are conditions. According to the Withdrawal Agreement, only one extension is possible. The transition period may be extended for up to two years. Any decision to extend the transition period will be made by the UK-EU Joint Committee, the body that oversees the application and implementation of the Withdrawal Agreement. It must reach a decision, by mutual consent, by 30 June 2020.

Will the UK ask for an extension?

What needs to be implemented in this time?

Several things need to be done in the transition period aside from negotiating the future relationship.

First, the UK (and the EU) need to put in place measures agreed in the Withdrawal Agreement. The two sides need to set up the UK-EU Joint Committee, which will manage the Withdrawal Agreement and provide the main forum for formal interaction between the UK and the EU. The UK also needs to set up a monitoring authority for citizens’ rights, which will oversee the implementation of those commitments and will even be able to bring legal action against the government should it not uphold them. The Government took powers to set up the Independent Monitoring Authority for citizens’ rights in the EU Withdrawal Agreement Act (2020).

The transition period will also be used to implement the commitments in the Withdrawal Agreement on Northern Ireland. One of the major tasks will be to decide how the east-west border will work: for example, deciding which GB goods will be subject to EU tariffs when entering NI, as well as the scale of regulatory and safety checks that will need to take place on GB goods, and then setting up the systems to implement all those checks. UK implementation will be overseen by the EU and ultimately enforced by the European Court of Justice.

What other decisions need to be made during the transition period?

As well as negotiate the future relationship, the Political Declaration commits the UK and the EU to make independent assessments of the robustness of each other’s data protection rules to decide whether they are of an ‘adequate’ standard. This will be particularly important when it comes to data, as mutually adequate rules are an essential step in reaching an agreement on police and other security co‑operation.

The two sides are already committed to try to reach an ‘equivalence’ decision on financial services, to continue to allow providers to operate in each other’s market at the end of transition. Like data adequacy, these are unilateral judgements by both sides which can be revoked at short notice.

Catch quotas for 2020 were decided at the EU fisheries council in late 2019 in which the UK was a full participant. The Withdrawal Agreement ensures that the UK will be consulted on any future decisions made in respect of UK waters, but it will not have voting rights during the transition period or after. If transition is not extended, the UK will determine its own fisheries policies from 2021.

The UK has made clear it wants to act as an independent coastal state after the end of transition and negotiate EU access to UK waters every year. But the EU is keen on a longer agreement. The Political Declaration commits the two sides to attempt to reach an agreement on fisheries, with a deadline of 1 July 2020.

Will EU law continue to apply during transition?

The Withdrawal Agreement also sets out a number of instances where EU law or ECJ jurisdiction will extend beyond the end of the transition period. The EU will be able to bring cases against or initiate investigations into the UK for up to four years after end of transition, where it thinks the UK may have breached EU law up to the end of the transition period. Those investigations would continue for as long as the cases were still live. On the citizens’ rights part of the Withdrawal Agreement, the ECJ will retain jurisdiction for up to eight years after the end of transition.

Will the UK be able to do trade deals with other countries during transition?

Will the UK still pay into the EU budget?

The UK will continue to pay into the EU annual budget for 2020. After that it will have to pay the outstanding amounts it has agreed in the financial settlement in the Withdrawal Agreement. Just under half of the amount initially agreed by Theresa May will have been paid by the end of transition, and after the next couple of years amounts due to the EU will fall away quickly. Leaving later than initially planned has made no difference to the amount due.

If the transition period were to be extended, the UK would have to negotiate a further contribution to the EU budget. The UK would also have negotiate financial contributions should it wish to participate in any EU agencies or programmes in future.

Freedom of movement continues between the UK and the EU throughout the transition period.

EU citizens who arrive in the UK during the transition period will be able to stay in the UK long term by applying for pre-settled status and converting to settled status once they have been here for five years. Similar rules will apply to UK citizens moving to EU countries.

The transition period also maintains the social security rights that British and EU citizens have acquired while the UK was a member state. Pensioners who already live in an EU country or move there during transition will continue to receive their pensions and other social benefits until their stay ends.

Free movement will end at the end of transition. There may be a new mobility agreement in the future relationship, covering for example temporary movement for work,  but in general national rules will apply in member states regarding British citizens and the UK’s new immigration system will apply to EU citizens arriving after the end of transition.

Is agreeing everything during transition realistic?

The UK argues that it should be, whereas the EU is more sceptical. It says, ‘The Commission intends to achieve as much as possible during the transition period. We are ready to work 24/7 to make the best out of the negotiations.’ It has held out the prospect that negotiations on some issues could be concluded later and will prioritise areas where there is a high risk of disruption at the end of the year if there is no agreement in place.

Will there be a cliff edge at the end of transition?

Yes, but we don’t know how steep it will be.

Both the UK and the EU point to the fact that ‘no deal’ at the end of the year is possible. But in any case the sort of deal that the UK is aiming for would mean very substantial changes once the UK comes out of transition with new customs procedures, regulatory checks and loss of access to EU security mechanisms.