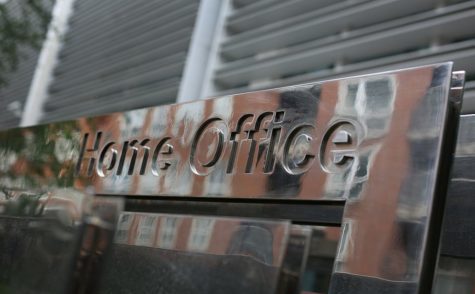 What is the government proposing?

The government recently published its new post-Brexit immigration policy, which is to take effect from 1 January 2021, assuming the transition period is not extended.

Under the proposed points-based system (PBS), freedom of movement will end, and EU citizens will be subject to the same rules as citizens from the rest of the world.

Migrants wishing to come to the UK for work will need to be sponsored by an employer in a middle-skilled job or higher; and be paid the higher of the specific salary threshold for their occupation – known as the ‘going rate’, set at the 25th percentile of earnings of all those in the profession – and the general salary threshold for experienced workers, set at £25,600.

This follows the Migration Advisory Committee’s recommendations to lower the skill threshold, from graduate-level job to those requiring A-level or equivalent education, and to lower the salary threshold from £30,000.

For EU citizens, the proposed new policy is significantly more restrictive and more expensive than freedom of movement. By contrast, the system represents a liberalisation for workers from the rest of the world, given the lower skill and salary thresholds.

Is this an Australian-style points system?

Although advertised as an ‘Australian-style’ system, the UK’s proposed policy differs in important respects. Most notably, in Australia PBS migrant workers do not require a job offer (though many do have one), and are not tied to a specific job.

The Australian system is also more complicated and allows for greater flexibility in how points are accrued, across a larger number of attributes.

By contrast, the UK PBS requires applicants to score 70 points to be eligible for a general work visa, with points awarded for speaking English at the required level (10 points) and having a job offer by an approved sponsor (20 points) at the right skill level (20 points). That’s 50 points.

However, because these points are not ‘tradeable’, these criteria function more like tick boxes, which simply must be met to qualify for the visa.

This is actually quite similar to what is currently in place for non-EU citizens coming to the UK on work visas.

The main difference – the (small) Australian ‘twist’ – is that people who don’t meet the £25,600 salary threshold for experienced workers can qualify with lower salaries if they are going to work in a shortage occupation or have a relevant PhD. The lowest salary an experienced worker could come in on would be £20,480.

It is probably easier to understand the system if you ignore the points entirely and just look at the conditions under which applicants can qualify. In short, the proposed system is a relatively traditional employer-led scheme in which most workers will have to earn at least £25,600, but people with PhDs or jobs on a shortage occupation list can earn a bit less.

The basic eligibility criteria are laid out in the following diagram (ignoring some complexities, such as the situation for young workers who are expected to face lower salary requirements):

Who can come to work in the UK under the points based system?

Where does this leave lower-skilled workers?

What is especially striking about the proposed system is that there is no dedicated route for occupations that the government deems to be low-skilled.

The term ‘low-skilled’ is controversial. Many low-wage jobs are in fact quite difficult and require a range of skills.

The skill classification the government uses is based broadly on how much training most people in the job require, so that a job which requires only short-term on-the-job training, such as many of those in retail and hospitality, would generally be classified as low-skilled, whereas jobs that require more substantial vocational training, such as the skilled trades, would be classified as middle-skilled.

The government says employers will have to adjust, such as by investing in labour saving technologies like automation. It also points to the more than three million EU citizens already in the UK, many working in lower-skilled jobs.

Because unemployment in the UK is relatively low, it is not clear that people already resident in the UK will fill any potential labour shortages that might emerge given the rates of pay that employers are offering.

Employers of low-wage workers have a couple of options. They could hire new foreign workers via non-work routes. This includes people coming to the UK with their family members or joining family who are already here.

Alternatively, employers might use strictly temporary, short-term visa schemes that do not have any skills or salary requirements. This includes the two-year Youth Mobility Scheme (Tier 5) visa – the ‘backpacker visa’ – which is currently open to eight nationalities, including Australia, New Zealand and Canada, and attracts around 20,000 people a year, but may in future be extended to EU countries.

What impact will this new policy have on the economy?

Broadly speaking, the available research suggests that the aggregate economic impacts of immigration are not that big. The MAC has consistently found that while migration has slightly increased the size of the UK economy, it has had little impact upon gross domestic product per person.

Ending free movement is expected to make recruiting skilled EU workers more difficult, as they will be put off by the increased expense and bureaucracy. The evidence suggests that this would have a negative economic impact, although its scale is difficult to measure.

With regard to low-skilled workers, the evidence suggests that the overall impacts of a large restriction will actually be relatively small. There could be some fiscal benefits, though these are hard to measure.

The government has insisted that the new policy will lead to less immigration. This is not implausible. It is, however, impossible to guarantee because numbers can fluctuate for reasons that have nothing whatever to do with policy – such as the strength of the economy in the UK or in countries of origin.

With that caveat, relative to what we’d otherwise have seen, we can reasonably expect lower EU work migration, and an increase in non-EU workers coming to the UK. The overall long-term impact of the proposed policies on numbers, however, is very hard to predict.

One big unknown in the policy proposals is which occupations will face lower salaries because they are deemed to be in shortage.

However, in proposing lower salary thresholds for shortage workers, the government did the opposite of what the MAC’s Chair, Alan Manning, had advised in a recent letter to Home Secretary, Priti Patel:

“We do not believe that occupations on the SOL should have lower salary thresholds, as it exempts them from pressure to increase wages, or improve conditions, which could exacerbate any existing shortages. […] We do not feel this is the right time to review the SOL and it may be that it has no place in the future immigration system…”

One big unknown in the policy proposals is which occupations will face lower salary thresholds because they are deemed to be in shortage. Against its express wishes, the MAC will decide who is on the shortage occupation list.

Until it publishes its findings on this question, it will be impossible to say how many people will get these lower rates and in which jobs.

By Peter Walsh, researcher at the Migration Observatory, University of Oxford