Trade: options for the future 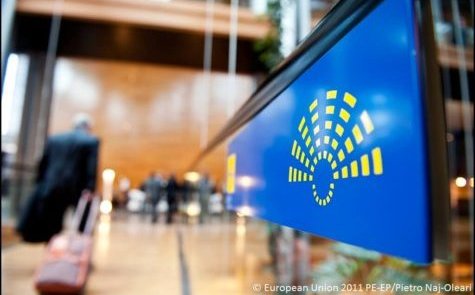 The UK has to make decisions on two issues in relation to the future of trade:

At the moment, both of these matters are decided by our membership of the EU:

After Brexit, we have three basic options on each of these issues:

The rest of this sheet gives you some more information on these options.

Options for trading with the EU

The UK could seek to stay in the Single Market; to agree a special trade deal with the EU; or to have no deal. A special trade deal could take many forms. Here, we will describe two kinds: one detailed, the other limited. That means that we describe four options in total.

1. Option 1: Staying in the Single Market. Staying in the Single Market would allow the UK to continue to trade very freely with the countries of the EU. It would also require the UK to continue to follow Single Market rules on things like workers’ rights, product standards, and environmental standards. Those rules include free movement of people, so the UK would not be able to tighten immigration controls on EU citizens. UK citizens would still be able to live and work in the EU.

2. Option 2: A detailed trade deal between the UK and the EU. A detailed trade deal would cover both tariffs and non-tariff barriers to trade. This would maintain very free trade between the UK and EU countries – though almost certainly less free than today. It would require the UK to agree many rules with the EU through negotiations. This is the approach the UK government wants. But it’s unclear what kind of deal can be reached, or how long it will take.

3. Option 3: A limited trade deal between the UK and the EU. A more limited trade deal would continue tariff-free trade between the UK and the EU, but wouldn’t cover much else. Maintaining tariff-free trade is important for some sectors of the economy, such as agriculture and car manufacturing. But other sectors – such as services – wouldn’t be helped so much. There is also a danger that non-tariff barriers to trade would gradually rise over time. A deal like this  would leave the UK much freer than the first two options to decide its own rules. But some people worry that efforts to make the UK competitive in markets outside the EU could lead to a weakening of workers’ rights or environmental standards.

4. Option 4: No trade deal with the EU. What happens if the UK does no deal on trade depends on the next issue – what arrangements the UK seeks for its trade with countries around the world. So we will return to the ‘no deal’ option after we have considered that issue.

Options for trade relations around the world

The UK could seek to stay in the EU’s Custom’s Union, seek a special customs relationship with the EU, or
seek no kind of customs deal.

Few people think it would be a good idea for the UK to scrap all import tariffs without getting anything in return from other countries. But some experts argue for ‘unilaterally’ scrapping our tariffs on some things. They say this would help reduce prices in the UK and turn the UK into a global trading nation. Others think the UK should not give away its bargaining chips like this. They say that, if we did so, UK producers could be undercut by imports from countries with lower product standards or weaker protection of workers’ rights.