When the Brexit transition period ended on 31 December 2020, the UK left the EU’s Emissions Trading Scheme – a key pillar of the EU’s policy to decrease greenhouse gas emissions across its member states as well as Iceland, Norway and Liechtenstein.

UK operators were required to comply with the EU ETS until the end of the scheme year in April 2021. A new UK Emissions Trading Scheme (UK ETS) launched on 19 May 2021.

In this explainer, we look at how the EU and UK schemes work and how they might develop.

What is emissions trading?

Emissions trading is a system of capping the total level of permitted carbon emissions. Businesses covered by an emissions trading scheme (ETS) must buy a ‘permit’ or ‘allowance’ for each unit of their emissions. The price of these permits is set through a trading system, and businesses can bid for permits from the issuing authority, or trade them between one other.

That process puts a price on each unit of emissions, and the ideas is that this cost – having pay to emit – should encourage businesses to try and push their total emissions down. Meanwhile, being able to trade unused permits for profit is meant to provide a further motive for businesses to use fewer emissions than they have permits for.

However, the effectiveness of an ETS depends on the level of emissions permitted, and the subsequent price of greenhouse gases (chiefly carbon). If the total emissions allowance is too generous, and carbon prices are subsequently low, there is little motive for business to keep emissions down and trade away excess permits.

How does the EU’s Emissions Trading Scheme work?

Launched in 2005, the EU Emissions Trading Scheme (EU ETS) covers around 10,000 installations in the power and manufacturing sectors in the European Economic Area (EEA – the EU plus Iceland, Liechtenstein and Norway), as well as flights within the EEA. The scheme covers an estimated 40% of the EU’s greenhouse gas emissions. It was the world’s largest scheme until the recent launch of China’s ETS.

The number of permits is reduced every year to decrease emissions to meet the EU’s target – in the current phase (Phase IV) permitted emissions are currently scheduled to reduce by 2.2% a year (compared to 1.74% in the last phase) but this does not take account of the more ambitious target announced last year. The scheme is due to be updated by July 2021.

57% of EU ETS allowances are allocated through weekly auctions run by individual member states. Allowances are distributed between them according to their share of emissions under the EU ETS in 2005, or between 2005 and 2007. Of that 57%, 10% is reserved for less developed member states.

The balance is provided for free to carbon intensive specific sectors, such as steel and cement, which might otherwise move their operations out of the single market. Availability of free allowances (which can go up to 100% in the most exposed) is linked to efficiency and will be phased out for less exposed sectors by 2030.

At the end of each year, an installation must ‘surrender’ enough allowances to cover their total amount of greenhouse gas emissions, or face heavy fines. Firms can carry over unused allowances or sell them to other installations.

The initial EU ETS scheme allowed many businesses to benefit from generous ‘grandfathered’ allowances, based on earlier emissions performance. Professor Dieter Helm argued it was the reason for the EU ETS’s ‘low and volatile’ early carbon price and limited effects on emissions reductions.

Why did the UK leave the EU Emissions Trading Scheme?

Brussels offered the UK Government the possibility of remaining in the EU ETS as a third country after the end of the Brexit transition period. The Government instead decided to create a new UK ETS as part of its strategy to reach net zero by 2050.

Ministers have argued that the creation of the UK ETS provides for more ambitious policies in the run up to COP26. However, the Climate Change Committee (CCC) warned that a UK scheme would risk low liquidity in the long-term unless coverage was expanded, and that such a scheme could reduce the possibility of linkage agreements with other schemes.

What is the UK’s Emissions Trading Scheme and how does it differ from the EU’s?

The UK ETS launched on 19 May. It has a similar scope to the EU scheme, covering Energy Intensive Industries (EIIs), the power generation sector and aviation within the UK, between the UK and Gibraltar and between the UK and the EEA. The cap has been set 5% below the notional level that the UK would have had if it had stayed in the EU ETS.

As the UK ETS begins, a number of measures have been introduced to help industries better transition away from the EU ETS market. An Auction Reserve Price (ARP) of £22 has been introduced to ensure price continuity. This may be removed later this year once the scheme is established. A Cost Containment Mechanism (CCM) has also been created so that the UK Government and devolved administrations can address significant extended price spikes in the market.

The Department for Business, Energy and Industrial Strategy, has yet to decide how the UK can best use free allocations to incentivise and protect energy intensive industries at risk of carbon leakage.

Prices under the two schemes have been similar in the initial weeks of operation.

Annex A compares the UK and EU schemes. 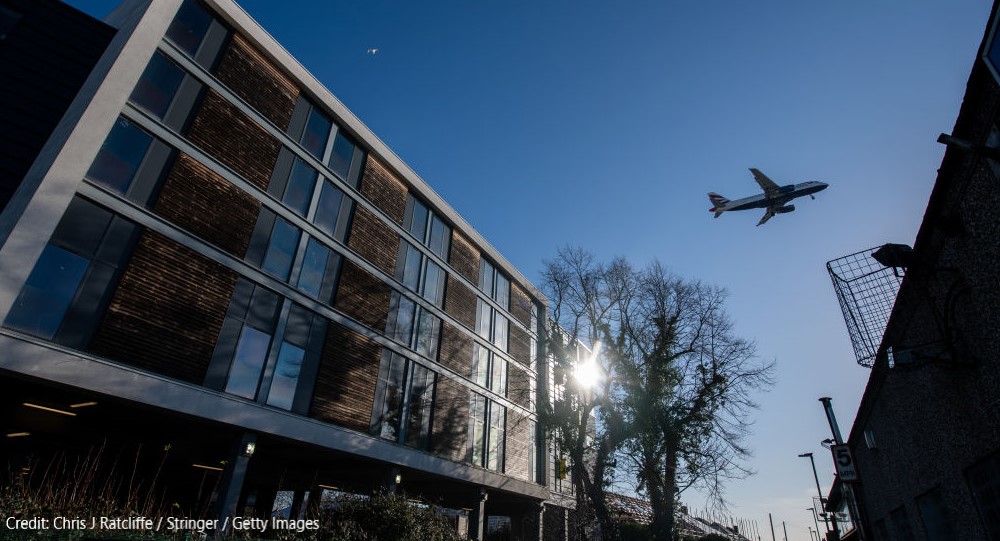 The Organisation for Economic Co-Operation and Development (OECD) estimates that the first two phases of the EU ETS (2005-2012) led to a ‘statistically significant’ 10% reduction in carbon emissions, while another recent study estimates an 11.5% reduction between 2008 and 2016.

Nonetheless, the EU ETS has been regularly criticised for its low carbon prices, caused by an over-allocation of permits. The OECD estimates that a less generous level of allowances could have seen a ‘much larger’ reduction in emissions of 25% between 2005 and 2012.

The OECD does, however, suggest that the EU ETS’ impact should grow in the coming years, as the number of free allowances is reduced. Indeed, EU action in 2019 to remove a surplus of allowances in its system prompted a significant rise in the its carbon price from the start of 2020 onwards. The surge has been especially strong in 2021, following increased climate commitments from member states, with the EU carbon price now at €55 a tonne, compared to €30 a tonne in January.

Will the UK link its scheme to the EU’s?

The UK Government have said they are ‘open’ to linking the UK ETS internationally and the UK-EU Trade and Cooperation Agreement (TCA) commits both parties to ‘give serious consideration to linking their respective carbon pricing systems in a way that preserves the integrity of these systems and provides for the possibility to increase their effectiveness’. But there is no indication at the moment that the UK will follow the Swiss example, who linked to the EU ETS in 2017.

Is a global emissions trading scheme on the cards?

There are currently 24 emissions trading schemes in force worldwide, at the supranational, national, city and regional levels. These cover 16% of global carbon emissions, compared to 9% a year before. The main reason for this jump is the launch of China’s national ETS.

There are also plans in place for some 30 further schemes. As part of the 2015 Paris Agreement, in which countries set legally binding targets on reducing carbon emissions, more than 80 countries mentioned carbon markets as a way to meet their targets.

Article 6 of the Paris Agreement lays out the possible creation of a new carbon market supervised by the UN, and the transferring of achievements from one country to another. We can expect further discussion on this at this year’s UN Climate Conference, COP26, although closer links and trading opportunities between different carbon markets is more likely than a single, global ETS. 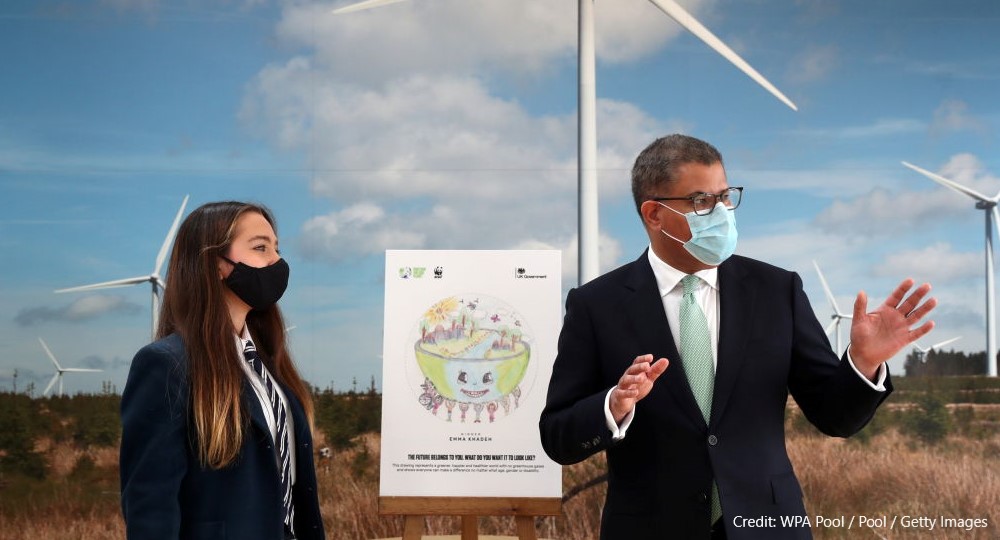 Wouldn’t a carbon tax be a more efficient way of delivering emissions reduction than emissions trading?

A carbon tax works by imposing a price on each unit of carbon emissions, the idea being that the increased cost associated with emissions should encourage businesses and consumers to switch to more sustainable technologies.

It is simpler than an ETS because the government sets a single, predictable price for carbon – which does not fluctuate according to emissions trading markets – and it has fewer administration costs.

Governments cannot, via a carbon tax, set a cap on the total level of permitted emissions.

One potential drawback of a carbon tax is  whether governments can correctly judge the carbon price necessary to deliver reductions to meet their target. It is possible, as Dieter Helm has proposed, to introduce it at a low level and raise it over time – but this requires governments to remain committed to a rising tax, even in the face of potential opposition.

By Joël Reland and Sarah Overton, researchers at the UK in a Changing Europe.