What Covid-19 means for the transition period 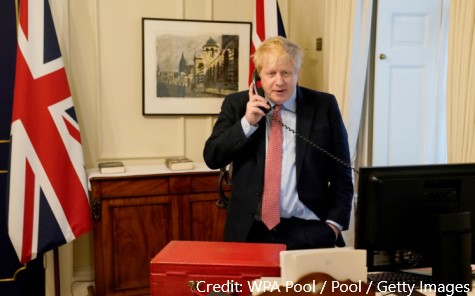 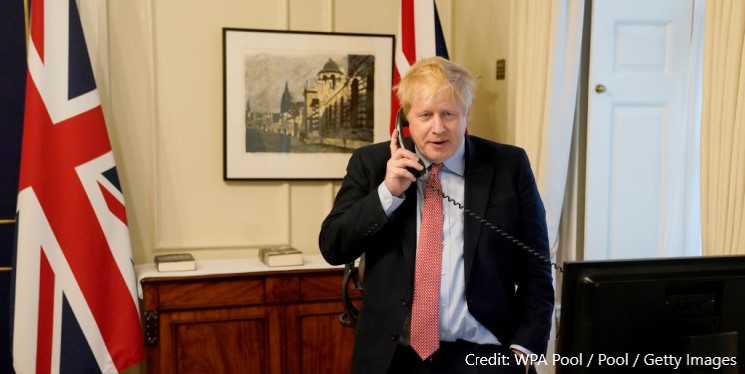 The UK government has rightly focused its efforts in recent weeks primarily on tackling the Covid-19 outbreak. The same is true of EU institutions and member states.

Negotiations on the future relationship have largely ground to a halt, although consultations continue, including those conducted through the UK-EU Joint Committee, which met for the first time (by videoconference) on 30 March.

According to the withdrawal agreement, the transition period can be extended by mutual agreement through the Joint Committee for one or two years, but that needs to be agreed before 1 July.

Does either the UK government or the EU want to extend the transition period?

The UK government has consistently said that it will not extend the transition period under any circumstances. Media reports suggest that this position might be changing given the demands of the Covid-19 outbreak, but there has so far been no official statement to that effect.

At the government’s daily press conference on 18 March, Boris Johnson said, “there is legislation in place that I have no intention of changing,” referring to a clause in the Withdrawal Agreement Act preventing the government agreeing to an extension.

Even before the Covid-19 crisis hit, the EU was sceptical about the feasibility of reaching a comprehensive agreement within the current timetable.

Since attention became focused on the outbreak, there have been calls from politicians in the EU, notably from the largest political group in the European Parliament, that the UK should seek an extension. This has not, however, been a formal suggestion from the EU’s negotiating team.

Isn’t it illegal for the UK government to agree to extend transition?

Without further legislation, yes. The government legislated in the Withdrawal Agreement Act to prevent ministers agreeing an extension of the transition period. However, this could be overturned by a very short bill, assuming Parliament is sitting and the bill can gain a majority.

Who decides whether an extension happens?

Any decision to extend the transition period would be taken by mutual consent of both sides via the UK-EU Joint Committee, which oversees the implementation of the commitments in the withdrawal agreement.

The committee is chaired jointly by Michael Gove, who is Minister for the Cabinet Office, and Maroš Šefčovič, a vice-president of the European Commission. It is therefore possible for either side to request an extension, and indeed for both to decide mutually to extend without an explicit request from one side or the other.

Decisions can be adopted by an exchange of letters between the co-chairs, so it can still function while working remotely.

This is different to the method used to extend the Article 50 period, when the UK had to make the request and all EU governments had to agree. That said, because the EU has consistently indicated that it would be open to an extension of the transition period, it argues that the onus is on the UK to request one.

There are three reasons why an extension might be needed:

The fact that negotiators cannot meet face to face (the second round of the future relationship negotiations in March were cancelled), that government is concentrating its efforts on combatting the Covid-19 outbreak, and many businesses who should be preparing are spending time managing their operations and supply chains to deal with the current crisis, suggests that the UK and the EU are even less likely to be ready by 31 December 2020 than they were on the original timetable.

Does anyone else want the government to extend transition?

The government has come under pressure from the opposition parties and devolved governments in Scotland and Wales to request that transition is extended.

There have been public statements from logistics firms such as the Freight Transport Association, the Road Haulage Association and the British International Freight Association calling for an extension to be agreed.

The most notable voice on the EU side so far has been the European People’s Party (EPP), the largest group in the European Parliament, calling for the UK to request an extension.

The former Brexit secretary David Davis has said that there remains ‘no reason’ to delay, adding that depressed trade and economic activity will mean that pressure on borders and customs is reduced during this period. Jacob Rees-Mogg, the leader of the House of Commons, said “[t]here is absolutely no need to extend the transition period.”

What do the public think?

While there has not been an overwhelming clamour from the public to extend the transition period, there are indications that a majority might support such a move.

A poll by YouGov undertaken on 18-19 March found 55% in support of an extension, and 24% against. This reflects a clear split on Brexit (79% of Remain supporters back such a move, compared to just 36% of Leave voters) and party political lines (73% of Labour voters support an extension, compared to 39% of Conservative voters).

This partly reflects a wider decline in public interest in Brexit-related issues in recent months. Both the YouGov and Ipsos MORI trackers of what the public consider the most important issue found even prior to the Covid-19 outbreak that health was now considered more important, after Brexit had dominated the previous few years.