Extending Article 50: what does this mean? 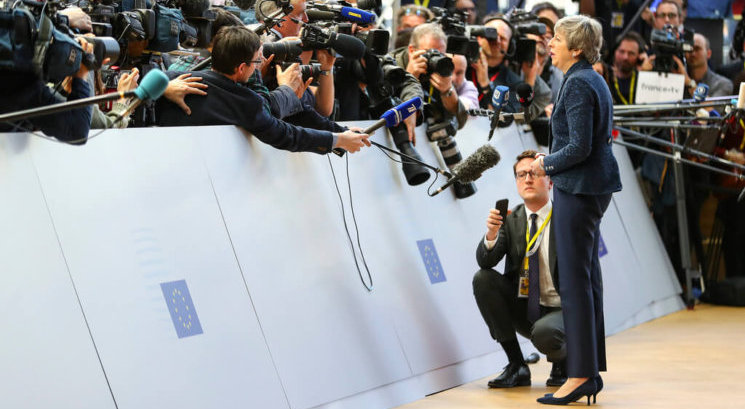 The UK will not leave the EU as foreseen by Article 50 on 29 March 2019. The House of Commons has voted to extend Article 50 and the EU27 have agreed the terms of an extension at the European Council on 21 March.

The leaders had an intense discussion which lasted far longer than foreseen and found a formula that firmly puts the pressure back on London. Essentially, they have agreed an extension until 22 May provided that the Withdrawal Agreement is approved by the House of Commons next week.

If this fails, they have agreed an extension to 12 April, when the UK would have to come back to the Union with their plans for a way forward. The EU27 have maintained unity and avoided an extension beyond the date of European Parliament (EP) elections for now.

A major consideration for the EU at this stage is to ensure that Brexit does not damage the business of the Union. This is because 2019 is an important year, with EP elections, the selection of the next Commission president and other senior offices, and the need to complete the negotiations on the next financial framework.

From an EU perspective, if the UK is to leave the EU, it is preferable that this happens before the new Parliament meets. If the third meaningful vote fails, then the UK has to choose between a no deal or a much longer extension and participation in the EP elections.

The EU would respond to no deal by minimising disruption. It has already specified time limits on various measures that will be used to pressurise the UK back to the negotiation table. If the UK crashes out, it will be asked to confirm by a specified date that it will honour its 2019 budgetary commitments. If it fails to live up to its budgetary commitments, relations would deteriorate very rapidly.

Furthermore, all of the sectoral contingency measures are time limited. For example, the Union has made provision to temporarily (for nine months) extend the validity of certain aviation safety licences. Once back at the table, the UK would be confronted with the same issues that it faces now, but from a weaker bargaining position.

It cannot be emphasised enough just how much trust in the UK has been eroded and how badly damaged its reputation in Europe is. In a world of deep interdependence, reputation, trust and credibility are the currency of transnational diplomacy. The UK has forfeited much of its diplomatic currency during the last two years.

If the UK manages to secure political support for a Withdrawal Agreement, both parties are committed to beginning talks on the future relationship immediately. I understand why London would want this, but it is not in the interests of the UK.

Until the UK makes a serious attempt to develop a domestic accommodation that is politically stable (I do not use the word consensus) on its future relationship with the EU, the future talks will be a re-run of the last two years, during which the UK failed to agree what trade-offs and compromises it was willing to make when leaving the EU.

The debate in the UK remains far too parochial. In searching for an accommodation, the UK must start from the world as it is, not as it wishes it to be. This means accepting a number of facts.

If the UK enters the trade negotiations without an internal accommodation, the domestic battles will be carried through the negotiations, which makes the UK a less effective and less reliable partner. The big trade-offs between ending free movement and market access, between manufacturing and financial services, and between an independent trade policy and EU market access cannot be obfuscated forever. Nor should London attempt to replicate the secrecy that characterised the withdrawal negotiations, given that the EU will be transparent.

The structure of the future relationship negotiations will follow the tried and tested procedures that the EU uses to negotiate with third countries. The Commission will negotiate on behalf of the 27 following negotiating guidelines from the European Council. Given the salience of the exercise, the European Council will keep a close eye on proceedings.

These will be no ordinary negotiations in two senses: they will go beyond trade to include security and defence, and they have implications for the EU as a polity. Having experienced two years of the withdrawal negotiations, London should be under no illusions about the capacity of the EU when faced with Brexit. Thinking that individual countries can be picked off and that deals might be done through national capitals will simply waste time and get the UK nowhere.

The EU is the dominant economic actor in Europe, and every state—no matter how big—needs to reach an accommodation with it. The UK can do so either by telling itself that it has taken back control or by following through on the consequences of the Brexit choice by being honest with its society about necessary trade-offs.

Any future deal will be dynamic in nature and therefore it will be possible to rebuild the relationship following the turbulence of the last two years, but it will take time and require a much deeper understanding by the UK of the EU and its relative status is the global political economy.

By Brigid Laffan, Director of the Robert Schuman Centre for Advanced Studies, of the Global Governance Programme and of the European Governance and Politics Programme.