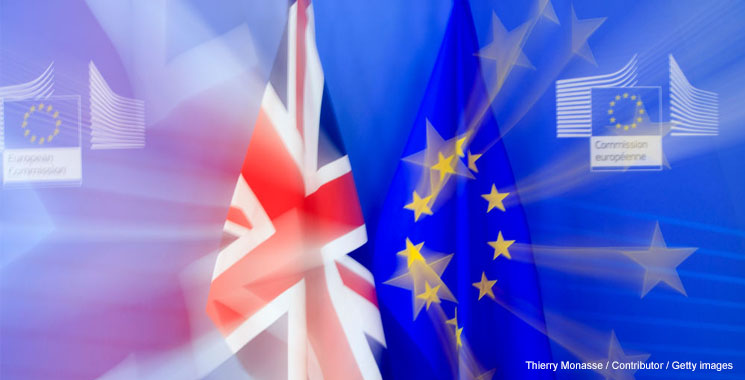 Lugano, picturesque Swiss town on the Italian border. A Convention signed there is the latest battlefield in the increasingly bitter offensive between the UK and the EU. The UK wants to join; the Commission says no. So what’s this all about and does it matter?

Since the referendum, the potential impact of Brexit on England as a centre for international commercial litigation has been a major issue in legal circles.

For example, the newly set up Netherlands Commercial Court heard its first case in February 2019, and there have been discussions in Germany related to establishing a Chamber for International Commercial Disputes in Frankfurt.

International disputes necessitate rules to determine what law applies (‘choice of law’ rules) and what court or courts can and should hear disputes arising out of the relationship (known as ‘rules governing international jurisdiction’).

So, in a dispute between Bank A in the UK and Bank B in France over a contract to provide money to fund a building project in Spain the questions are: which law applies (French, English, Spanish or even somewhere else)?

And which courts can hear the dispute (the French or English courts)? And if Bank B loses the case but refuses to pay Bank A millions of euros, how can Bank A ‘enforce its judgment’, and get its hands on the money. Up to now, directly applicable European regulations provide rules in all three of these areas.

Rules on choice of law (French or English contract law?) are comparatively easy to deal with. From an early stage the government has indicated that it will retain the choice of law rules in the current European Regulations (particularly Rome I and Rome II), if necessary, as part of retained EU law at the end of the implementation period.

The position in relation to jurisdiction (French or English courts?) and the enforcement of foreign judgments was always going to be more challenging.

That is because the relevant Regulation, known in the jargon as the Brussels I Recast Regulation (or simply the ‘BIR recast rules’) on jurisdiction and enforcement, only make sense when part of a reciprocal arrangement (for example, UK courts recognizing and enforcing judgments of French courts, and vice versa).

While the UK could implement the equivalent rules into domestic English law, as a result of leaving the EU, courts of other EU states will not be obliged to apply the rules to UK courts and judgments in the same way.

To achieve any continuity in the area of jurisdiction and enforcement requires a new agreed reciprocal regime. Various options have been considered, including a new bespoke regime or a ‘Danish’ model based on the parallel Regulation which currently operates between Denmark and the EU.

However, the Lugano Convention has always appeared to be the solution most likely to succeed. This Convention, entered into between the EU, Denmark, Iceland, Norway and Switzerland, contains rules which regulate jurisdiction and the recognition and enforcement of judgments between those countries.

Not only is this an off-the-shelf solution, not requiring negotiation of new terms, it also already accommodates non-member states.

For that reason, it deals with the role of the ECJ in a way likely to be more palatable than any intra-EU solution (in brief, there is a looser interpretative obligation on non-member states to pay ‘due account’ to ECJ decisions).

On 8 April 2020, Britain formally applied to become an independent contracting party to the Lugano Convention. Switzerland, Iceland and Norway have indicated support for the UK’s application to join.

However, the UK cannot accede to the Convention without the consent of the other EU member states.

For these purposes, this means the consent of the EU, which has ‘exclusive competence’ (or the sole right) to agree to the UK’s accession without the need to secure the agreement of individual member states.

Allowing the UK to accede to the Lugano Convention would provide continuity in civil justice rules.

Businesses and consumers would be able to predict what grounds of jurisdiction apply in each state (rather than being subject to and having to rely on individual national rules) and judgments would remain freely recognized and enforceable.

It may be that accession would be perceived to benefit the English commercial court in ensuring its continuity as a widely chosen forum. But the benefits are not one way.

The UK’s accession to the Convention would mean defendants from other contracting states would be protected from what many would describe as excessive English common law jurisdiction rules if Lugano did not apply.

Furthermore, judgments from the other contracting states would benefit from automatic recognition and enforcement in the UK.

However, the Commission, noting that the other signatory countries are all part or substantially part of the EU’s single market (being members of either the EU, EFTA or the EEA) will not make a positive recommendation for the UK to join Lugano while the UK maintains its determination to leave the single market. This feel like political positioning by the Commission.

There can be no reason for continuing membership of the single market as a prerequisite to accession to the Lugano Convention. This is not an area where there can be any level playing field argument.

The point about rules of this area of law (known as private international law) is that they do not affect the substantive rules or regulations that apply to a dispute. Quite the opposite.

One of the points of having reciprocal choice of law and jurisdiction rules is that it does not matter where a claim is brought because the same substantive law will be applied and the same result reached whichever court hears a claim.

Furthermore, the Commission’s stance may not have the negotiating pressure which is perhaps hoped for.

First, as noted above, the benefits are far from being all one way. Furthermore, as far as the UK is concerned, there is an alternative. Many cases are heard in the London Commercial court because the parties have agreed to the exclusive jurisdiction of that court.

In cases where there is an exclusive jurisdiction agreement there is another means of guaranteeing the jurisdiction of the English court and that any resulting judgment is freely enforceable throughout the EU.

That is by acceding to the Hague Choice of Court Agreement 2015 which provides a realistic non-European alternative. These rules are currently superseded in most cases by the European rules. But the UK has said it will accede in its own right, if no other agreement has been reached at the end of the implementation period.

And crucially this is an option which is open to UK without the need for the agreement of the other member states.