FCO, DfID, and the dismantling of UK aid law 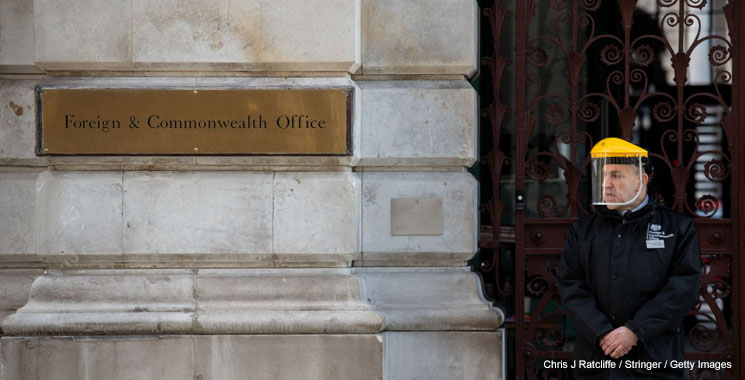 The announcement that the Department for International Development (DfID) and the Foreign and Commonwealth Office (FCO) will be merged signals a critical reorganisation in Whitehall.

It has long been trailed, and it was always likely that the vote to leave the EU would affect the way the UK spends its aid money, and change the Whitehall configuration.

Key proponents of Brexit, including Priti Patel and Boris Johnson, have been vocal about their enthusiasm for bringing the FCO and DfID closer together; indeed, Johnson has referred to the creation of an independent Dfid as a ‘colossal mistake’.

And whilst Rory Stewart has stated in the past few days that he is an advocate of the 0.7% of GNI target for aid spending, he has also been aware of the post-Brexit uses to which it might be turned to ‘put Britain on the world stage again’.

The changing context for UK aid over the past five years is important. In this time, responsibility for aid disbursement has been spread across Whitehall, significantly blurring responsibility for overseas development aid (ODA) spending.

In its Aid Strategy published in 2015, the government announced that DfID would not be the sole government department responsible for disbursing ODA.

Instead, aid funds would be available to the FCO, the Ministry of Defence and the Department for Business, Skills and Innovation. The Aid Strategy envisaged that 30% of ODA would be spent by other government departments by 2020.

Furthermore, since the enactment of the 2015 Target Act which enshrines in law a commitment to spend 0.7% of GNI on aid, there has been a ringfenced budget to eye up from various vantage points in Whitehall.

Brexit overlaid this shifting aid landscape with a new imperative: promote ‘global Britain’ and ensure that funds are used to allow it ‘to stand tall in the world’.

It was a matter of time before a move was made to secure access to aid money that could constitute a slush fund for influencing much needed new trade partners.

Seen in this light, an assault on the aid ministry is just the start. ODA will be put to new purposes in the coming years, and these will be achieved by dismantling UK aid law.

Although it is not widely labelled as such, and has certainly been understudied, there is a reasonably ‘thick’ framework of legislation governing ODA spending.

It is these aid laws, and not just the aid ministry, which we should watch. Commentators are right to argue that what has been proposed is not a merger but a takeover, and that the FCO will be the dominant partner.

The FCO will be handed control of a £14 billion aid budget. But as well as being in a commanding position over these funds, the new super ministry will wish to minimise scrutiny of its spending.

I have argued elsewhere that the architecture of scrutiny for ODA is ‘thick’ but not especially robust. Indeed, the history of the aid law is a story of the gradual reduction in scrutiny, even as the amount of aid disbursed was growing and being enshrined in a legislative target.

The chances of judicial review of aid spending decisions are remote. What are the other avenues for reviewing aid decisions?

In the 2015 Target Act, provision was made in section 5 for an independent body to scrutinise both that the 0.7% GNI target had been met, and that spending constituted value for money. This role was to be played the Independent Commission for Aid Impact (ICAI).

Notably, that body (as well as the National Audit Office which provides an additional level of scrutiny) were charged with assessing value for money, not the propriety of the spending.

Now it seems that even this fragile architecture of scrutiny of aid is to be dismantled. There are reports that the role of the ICAI will be ended and new arrangements for scrutiny announced after the planned merger is completed.

It is worth pointing out that the Target Act which governs the ICAI is a short piece of legislation, comprising only six sections. If section 5 is to be filleted, can the fall of the legislation as a whole be far behind?

The aid target has long had its critics on the right. It has been seen as constituting an unnecessary and wasteful floor for ODA spending. Now, with a shrinking economy after Covid-19, the size of the aid envelope will be shrinking.

Could it be that rather than objecting to the target as a floor, what is really at issue here is that it might constitute a ceiling?

The government would not like to be criticised for overshooting the Target Act, just as it must avoid undershooting it. Why not get rid of a target, swell the budget of a new super ministry and, free from meaningful scrutiny, use these funds to do the significant work of making new friends and sealing trade deals after Brexit?

A number of commentators have pointed out that there is a worldwide trend of merging development ministries and foreign affairs, including in Australia, Canada, Denmark, Norway and New Zealand, making DfID ‘something of an outlier’.

Nonetheless, the outcomes of these mergers are variable and are dependent on whether a strong independent voice for aid strategy is retained at the cabinet table. When DfID was created in 1997, having its own Secretary of State was seen a critical to insulate it from the demands of the foreign ministry.

DfID was created precisely to put some distance between strategic interests and aid disbursement. This is not to say that DfID has an unimpeached record in its work.

But DfID was created as a response to the Pergau Dam case, and it has had that landmark judicial review hanging over it ever since. Other government departments have both very different cultures and very different histories.

A new super ministry will emerge into the world free of this. Inconvenient scrutiny will be dismantled. It will create a single cabinet secretary for foreign affairs and development. It will be driven by the imperative urgently to make new post-Brexit trade deals.

And it will be sufficiently in command of the aid budget to use these funds to make friends and seal trade deals.