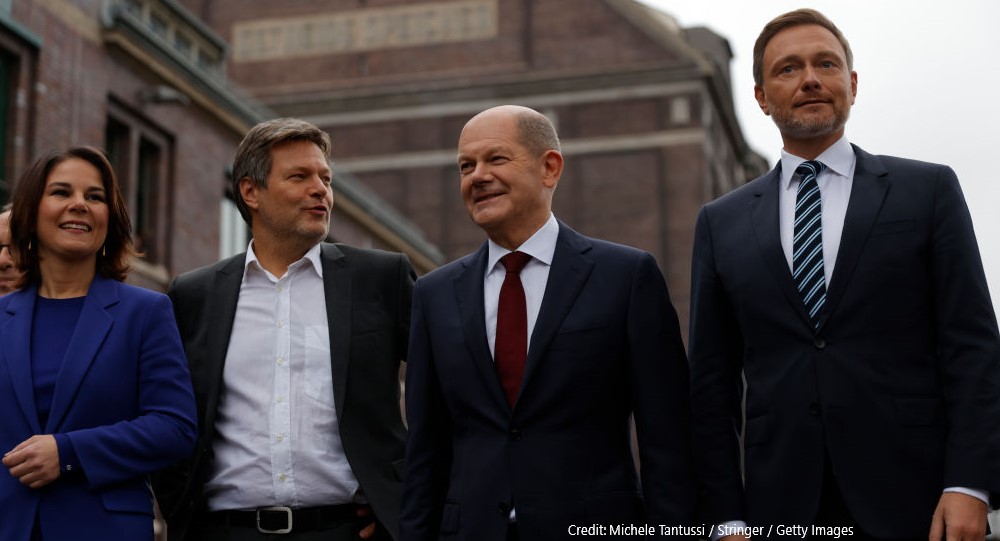 This is the first time that the Social Democratic Party (SPD), the Greens, and the classically liberal Free Democratic Party (FDP) have decided to join in a so-called ‘traffic-light coalition’ at the federal level.

The three parties are not necessarily natural partners as there are significant ideological differences between them: for example, the SPD and Greens disagree with the FDP on economic and fiscal policy; and the SPD and the FDP disagree with the Greens on elements of environmental policy. Significant compromises in these key policy areas were necessary to bridge the divides. Provided that all three parties successfully ratify the agreement, Olaf Scholz will be elected Chancellor during the week of 6 December.

Will the new federal coalition emulate the success in Rhineland-Palatinate, or will it prove as short-lived as the coalitions in Brandenburg and Bremen? Moreover, will it turn out to be a coalition that can bridge the still existing electoral divide between the former East and West of the country?

The three parties in the coalition received the support of 52% of voters in Germany. However, while they attained 54% per cent of the votes of West Germans, they were only supported by 42.7% of East Germans. This is because the Greens and the FDP have historically performed better in the western half of the country than in the eastern part. In a study a few years back, I outlined how the divergence between voter behaviour in the West and the East has persisted over time and not decreased, as many had expected it would. The results of the two most recent federal elections confirm the trend I identified in my study.

As a successor to East Germany’s former ruling communist party, the Left party successfully presented itself as a voice of protest and as a representative of eastern regional interests. However, in recent years, as it rebranded itself and expanded its reach into the western half of the country it has increasingly lost that appeal to the right-wing populist Alternative for Germany (AfD). The AfD succeeded in establishing itself both as a protest party and as a party for voters whose worldview is often anti-democratic, anti-immigrant, and nationalist.

Since its emergence in 2013 the AfD has established deep roots in a significant segment of the East German voting population, particularly in the states of Saxony and Thuringia. This leads us to the fourth difference between voting behaviour in East and West: there is higher support for parties of the populist/radical/extreme right in the former than in the latter (the gap was 11.9% in 2017 and has grown to 12.6% in 2021).

International media generally characterize German voters and politicians as being averse to radical change and as preferring the status quo. However, the new coalition agreement includes some bold proposals. In addition to more ambitious environmental policies aimed at speeding up the decarbonisation of the German economy, the new coalition agreement outlines several policies designed to modernize the German state and society.

For example, there are proposals to lower the voting age to 16, to legalise cannabis, to significantly expand and improve LGBT+ rights, and for a new, more liberal, immigration policy and citizenship law. The voter groups to whom these policy changes appeal most strongly, though, are supporters of the Greens and the FDP. In other words, primarily higher income, better educated voters who live in urban areas. These are voters who are underrepresented in eastern Germany.

While the cultures and economies of the East German states are quite diverse, their inhabitants still share a common political identity that distinguishes them as a block from their western counterparts. The FDP’s and the Greens’ libertarian and postmaterialist agendas do not sit well with many eastern voters whose foremost concern is meeting material needs. That is where the SPD will play a crucial role in determining whether the new coalition government will be able to gain the support of a majority of eastern voters while maintaining its high level of support among western voters.

The Social Democrats were the biggest election winners in the eastern part of the country, gaining 10.2% since 2017. The SPD’s vote share in the East (24.1%) was very similar to its level of support in the West (26.1%), making it the largest party in both parts of Germany. It also represented the SPD’s best result in eastern Germany since 2005. In addition to having the most popular chancellor candidate this was mainly due to the Social Democrats focusing their campaign on economic bread-and-butter issues, like jobs, higher wages, and secure pensions. In East Germany the party also emphasized the importance of bringing East German wages, benefits, and pensions up to West German standards.

SPD MP Carsten Schneider consequently argued that only the inclusion of the SPD in a new federal government would ensure an adequate representation of East German interests. The SPD’s ability to follow through on its promises will determine whether the new coalition government can prevent a further drifting apart of the two halves of Germany.

By Amir Abedi, Professor and Chair of the Political Science Department at Western Washington University.