Fear is a double-edged sword in the EU referendum 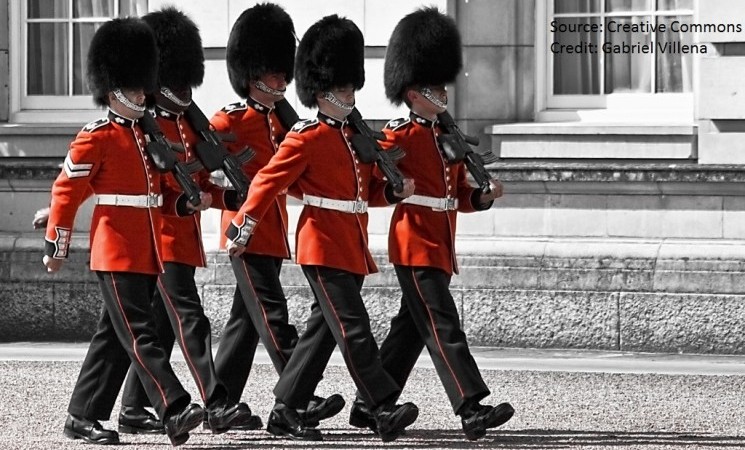 Fear of the economic cost of leaving has been the primary argument put forward by campaigners for remaining in the European Union. However, in making this case, they have largely ignored fears that people can have about terrorism, immigration or military action. These latter fears tend to favour the campaign for Brexit.

A nationwide online survey of 1,518 people conducted by BMG Research at the end of March shows that single-minded concentration on the economy is unwise. When asked to identify the most important issue facing the country today, 36 percent put immigration and asylum first; only 9 percent name the national economy. Meanwhile terrorism was seen as the chief risk to the country, with an absolute majority, 55 percent, viewing it as a big risk and an additional third thinking that it offers a fair amount of risk.

Concern with terrorism is not a spur-of-the-moment response to the recent attacks in Brussels. When BMG asked the same question a month previously, almost the same majority saw terrorism as a big risk. Immigration comes second: 47 percent think it presents a big risk to the country and almost one-third think it fairly risky. By contrast, only 22 percent think problems in the global economy are a big risk to the country. Fear of military threats is much lower, with only one in eight seeing this as a big threat.

In responding to risks from abroad, the government has the option of either looking after the problem on its own or working with allies. This represents one of the key fault-lines in the referendum campaign. The Eurosceptic viewpoint put forward by UKIP and other actors is that the problem would be better addressed by the UK working under its own initiative, while the remain side has focused on benefits of working together with the European Union.

Britons are divided over whether self-reliance or alliances with others is the better option. Two-thirds think that the best way to deal with immigration is to have the British government decide what should be done. Less than one in five think the European Union is best suited to help Britain deal with immigration. There is greater readiness to seek allies in dealing with terrorism. However, there is a division of opinion about where to turn for help. One-sixth see the globally oriented United Nations as most useful while the same proportion put Brussels first.

Even though world trade requires partners, half of the respondents in the survey think that problems in the global economy are best dealt with nationally. Only 19 percent believe the European Union is best suited to help Britain deal with the global economy. The EU is seen as even less relevant to helping with military threats. Among the majority who see Britain needing military allies, the United Nations ranks first and the United States second.

The alternative to placing trust in international allies is to trust British politicians to deal with risks. However, when the BMG survey asked which politicians are best suited to deal with risks, a majority expressed no confidence in any of them. Only 22 percent chose David Cameron and George Osborne, while 15 percent favoured the trio of Boris Johnson, Michael Gove and Iain Duncan Smith, who are identified with making the case for Brexit. Eleven percent regard Labour’s Jeremy Corbyn and John McDonnell as best suited to face up to risks.

What does all this mean for the referendum campaign? The good news for pro-EU campaigners is that most British people realise that even though Britain is an island, there is no magic drawbridge that can be pulled up to isolate the country from risks beyond its shores. The bad news is that less than one in five think the European Union can best help Britain deal with terrorism, immigration, military action or economic troubles.

The good news for anti-EU campaigners is that roughly half of the public think Britain must look after risks itself. This appears to be less an expression of bulldog nationalism than of uncertainty about whether any institution – the United Nations, the American government or the European Union – can offer effective help.

The upshot is that the electorate remains divided. In recent months neither the remain side nor the leave side has shown a steady lead in the polls, with around a quarter of voters still undecided as to how they will cast their ballot on 23 June. But this picture can change quickly. In a globally connected Britain any one of the issues people fear – immigration, terrorism, the economy or a military challenge – could materialise overnight.