Fears of Grexit slowly shifting to fears of Brexit 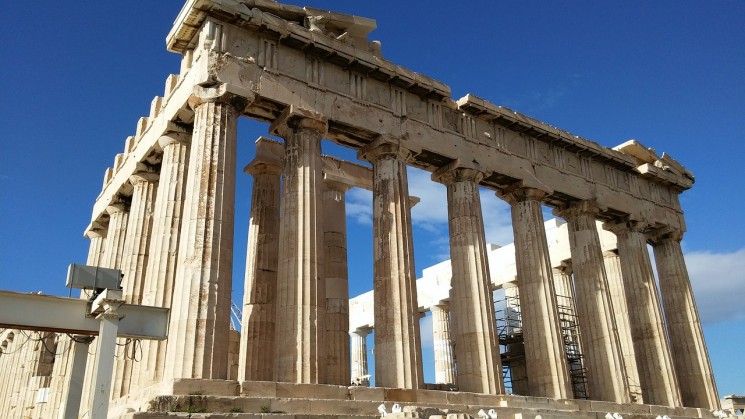 When David Cameron made his speech on the future of Europe in January 2013, Greece was in a period of difficult fiscal consolidation. After coming to an agreement with the Troika for the release of a tranche of approximately 50 billion euros, the main purpose of the government was not only to apply the bailout terms, but also to transform the Grexit ‘fear’ into a ‘Grecovery’ hope.

In other words, Athens was putting substantial investment into a new political communication strategy aimed at turning ‘Grexit’ into a passé issue. Within this context, every reference to a potential exit of another country – such as Britain – from the EU would have been a setback. That is because the Greek case could be easily recalled and brought back onto the political agenda.

The causes that might lead Greece and Britain to abandon either the Eurozone or the EU are substantially different. The former might be pushed by some EU members to leave, while the latter is able to decide its fate alone. Moreover, Athens has been obliged to meet the required fiscal targets and implement the necessary reforms in order to remain part of the common currency family, whereas London has been attempting to negotiate a new, UK-only deal with the EU. Nevertheless, the fear of Greece’s expulsion from the Eurozone was the driving force behind the country’s desire for Britain to stay in the EU during the term of the coalition government of New Democracy and Pasok.

While the debate across the rest of Europe on Britain’s future in the EU started to flourish in the first months of 2015, Greece was at the time busy dealing with its own economic and political problems. The victory of Syriza in the snap election of 25 January 2015 completely altered the agenda of the previous Greek government. Grexit returned to the forefront, with negotiations between Athens and its creditors becoming the only theme of interest at the political, public and media level.

The British general election of 7 May 2015, for instance, was not widely discussed. At that time, the priority of the Greek government was to guarantee the financing of the national economy. Further to this, Greek citizens were highly concerned about a potential return to the drachma and the repercussions of such a development.

In this environment of political and social instability, the debate about the future of Britain’s future in the EU found no place. By contrast, Britain was keener to monitor the situation in Greece and former Finance Minister Yanis Varoufakis’ influence on Premier Alexis Tsipras. A potential ‘Grexit’ might serve as a precedent for a ‘Brexit’ in the case of an ‘out’ vote in the British referendum, and so is therefore something the UK could draw important lessons from.

Following the agreement of 12 July 2015, the Greek government had to face reality in an anomalous way. It will have to apply the terms of the third bailout and regain the trust of the rest of the EU that it lost in the first seven months of the year. Although its main focus remains the national economic crisis and possibly a settlement on Greek debt, Greece – as an ordinary member-state –is now interested in Britain’s future in the EU. Without taking a specific position on David Cameron’s reform proposals, Athens hopes that London will stay in the EU.

A British withdrawal would have tangible negative consequences for the EU and Greece, such as the need to replace Britain’s EU budget contributions. A country struggling to find its way out of an unprecedented economic, political, and social crisis naturally seeks to avoid additional trouble at the European level. Finally, a powerful and united EU that includes Britain could assist Greece in a more efficient way to deal with the refugee crisis.

This article by Dr George Tzogopoulos, who is based at the Hellenic Foundation for European and Foreign Policy (ELIAMEP) and the Centre International de Formation Européenne (CIFE), originally appeared in the LSE’s EUROPP blog.