Fisheries policy exposes tensions between the UK and Scottish governments 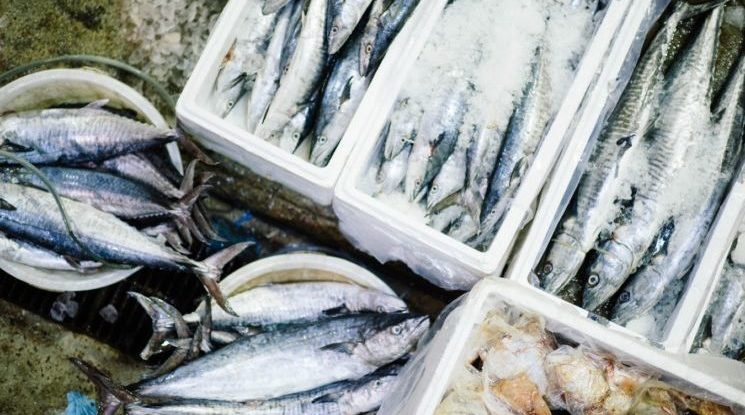 The UK has now left the EU, and negotiations over the future relationship between the pair will continue throughout 2020. One key policy area that will be discussed in fisheries. On the face of it, the UK’s withdrawal from the Common Fisheries Policy (CFP) means that vessels from EU member states will no longer be granted automatic access to UK waters. However, some EU member states, and indeed the EU itself, have suggested that continued access to UK waters ought to continue in return for concessions in other areas such as financial services.

This political posturing ahead of negotiations will undoubtedly continue to dominate the headlines. However, the operation of fisheries policy actually within the UK after Brexit has received much less media attention, but is as important regarding the future of fisheries management.

The UK is a multilevel state, with devolved institutions in Scotland, Wales and Northern Ireland responsible for a wide range of policy competencies.  In the case of Scotland, and despite an SNP government being in office since 2007 (which has inevitably led to the ongoing question of Scottish independence) intergovernmental relations between Edinburgh and London have been relatively stable and efficient since 1999.

The distinction between reserved and devolved competencies is fairly clear at first glance, but in reality the two governments, through civil servants, navigate a more ‘fuzzy’ demarcation in reality in order to implement policy and administrate on a day-to-day basis.

The balance of competencies between the Scottish and UK levels, as set out in the Scotland Act 1998, took into account the role of EU institutions concerning governance.  Indeed, a number of policy areas that were devolved were ‘Europeanised’ in the sense that key policy decisions were made at the EU level and administrative functions were carried out by devolved institutions.

Fisheries is a good example of one of these policy areas and, for three key reasons, has become an acute challenge for policymakers in the context of Brexit.  First, the majority of the economic activity in the UK fishing industry occurs in Scotland. Second, and closely related to the first, Marine Scotland (the directorate of the Scottish Government responsible for Scottish fisheries) not only manages Scotland’s seas, but also works closely with DEFRA on issues of fisheries management. Furthermore, and crucially, Marine Scotland plays a vital role in supporting the UK’s fisheries minister during the annual negotiations with other EU member states concerning how much fish can be caught by whom.

The third reason relates to the demarcation between devolved and reserved competencies in relation to fisheries.  In October 2017, the Joint Ministerial Committee met to agree the principles upon which common frameworks, spanning 160 distinct policy areas, would be based. Although agreement between the UK and devolved governments has been reached, agreement on the finer details of how these frameworks would operate has not been agreed, at least not between the UK and Scottish governments.

Relatively dysfunctional intergovernmental relations since the EU referendum has exacerbated the situation, as has uncertainty surrounding the UK’s Brexit negotiations with the EU. Indeed, Marine Scotland was sidelined during the drafting of the Fisheries Bill, the legislation that will replace the CFP after Brexit. This situation was driven by political considerations, namely from the Scottish Office, and is not in keeping with the collegiality and cooperation that has previously existed between civil servants at the respective levels of government.

Furthermore, disagreements over the content of the Fisheries Bill has led to further uncertainty. The Scottish government has raised a number of objections to the Bill given that, in their view, the legislation would impinge upon devolved competencies.  Essentially, this boils down to the interpretation of where fisheries management ends and international negotiation with other coastal states begins.

For example, the UK Government believes that fishing opportunities are a reserved matter, albeit to be decided in consultation with the devolved institutions.  The Scottish Government disagrees however, arguing that this function is a devolved matter and, if the Bill were to remain as it is regarding this matter, then legislative consent would be needed by the Scottish Parliament.  In short, the line between devolved and reserved is not clear and something of a stalemate has ensued.

Brexit will continue to dominate the headlines for the foreseeable future because of the negotiations on the future trading arrangements. However, It is important that the impact on the UK’s multilevel governance structures are not overlooked. Fisheries is a good case study in this regard, as it amplifies the complexities and difficulties in recalibrating the UK’s constitution to account for the absence of the EU.

It is a policy area that requires intra-UK cooperation as well as international cooperation, and a settled balance between management authorities at different levels is crucial.  This is particularly acute in the case of fisheries given the relative size and strength of the industry in Scotland, and the influence that Marine Scotland vis-à-vis DEFRA.

Having a functioning legal framework is essential, but the current political situation between the Scottish and UK governments is such that it is not immediately obvious where the consensus is going to come from.